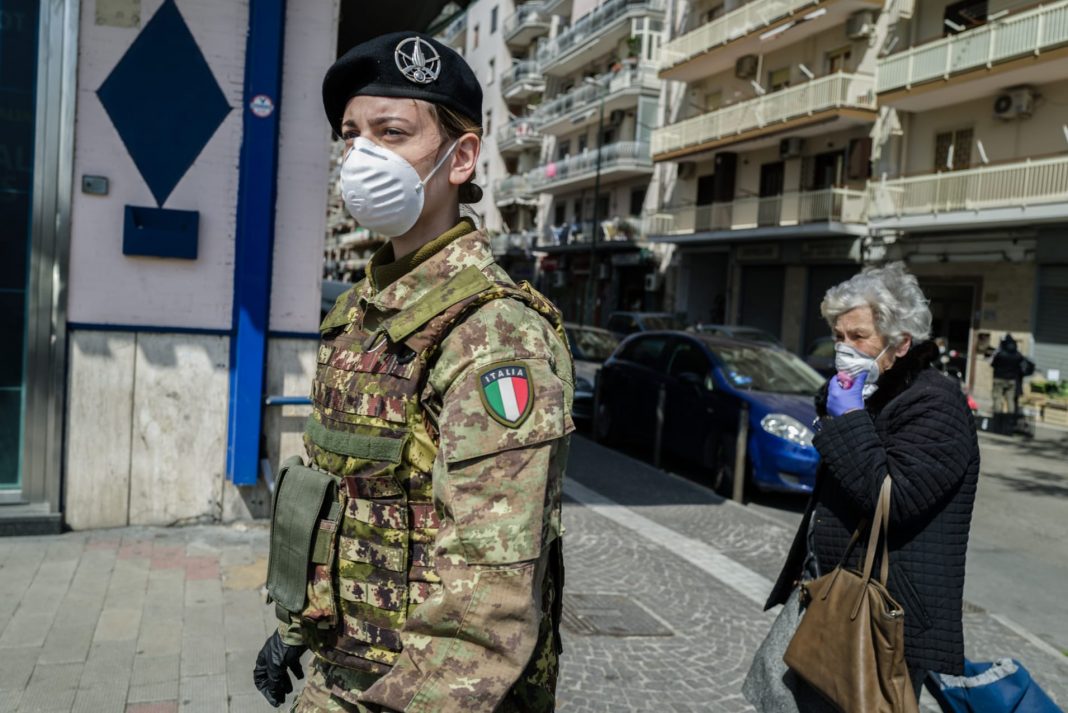 Italy’s death toll from the virus passed the 7,500 mark on Wednesday, the country’s Civil Protection Agency said, however it noted that the rate of new cases of contagion fell for the fourth day running.

Despite some hope at the decline in the rate of new infections in Italy, the contagion continues to take its toll.

The latest data shows that the number of coronavirus deaths in Italy rose by 683 on Wednesday to 7,503.  The country saw a record increase in deaths from the virus last Saturday, reporting 793 deaths in one day.

Civil Protection Agency head and Coronavirus Emergency Commissioner Angelo Borrelli, known for his daily briefings on the virus’ progression in Italy, was unable to attend the daily press conference Wednesday after developing a fever himself Wednesday morning. He has been tested for the virus with the results pending.

Although Italy has been the epicenter of the coronavirus outbreak in Europe since mid-February, the rest of Europe has been badly affected too. The region has over 216,000 cases now — out of a total number of just over 472,000 cases worldwide, according to John Hopkins University.

Spain is the second-worst off country after Italy, with 47,610 cases. The country’s health ministry announced a record increase in the number of confirmed cases Wednesday, reporting a one-day increase of 7,937. Its death tally rose by the largest number too, by 738, to reach 3,434.  Both Italy and Spain’s death toll now surpasses the official figure from China (of 3,291) where the outbreak was first recorded.

Many European countries are closely following Italy’s coronavirus data to forecast what trajectory their own national outbreaks could take. Italy is seen as two weeks ahead of the U.K., for example, which has 9,529 confirmed cases and 463 deaths, as of Wednesday.

Most European countries have followed Italy’s example, albeit at different stages of their own outbreaks, to lock down public life, restrict movement, close schools, non-essential businesses and leisure facilities.

European leaders are holding a virtual summit Thursday to discuss their response to the crisis; there are divisions in the euro zone over how to coordinate a fiscal response to the health emergency, however. Italy’s Prime Minister Giuseppe Conte said Wednesday that the European Union’s response to the coronavirus crisis must be “mighty, united and swift.”

“The emergency we are living through does not know borders. At a European level there is the need to unite the health practices and boost the exchange of information, above all now, in the most acute phase of the epidemic,” he said, ANSA news agency reported.

“The response, also on the economic and financial level, must be massive, cohesive, and prompt.”