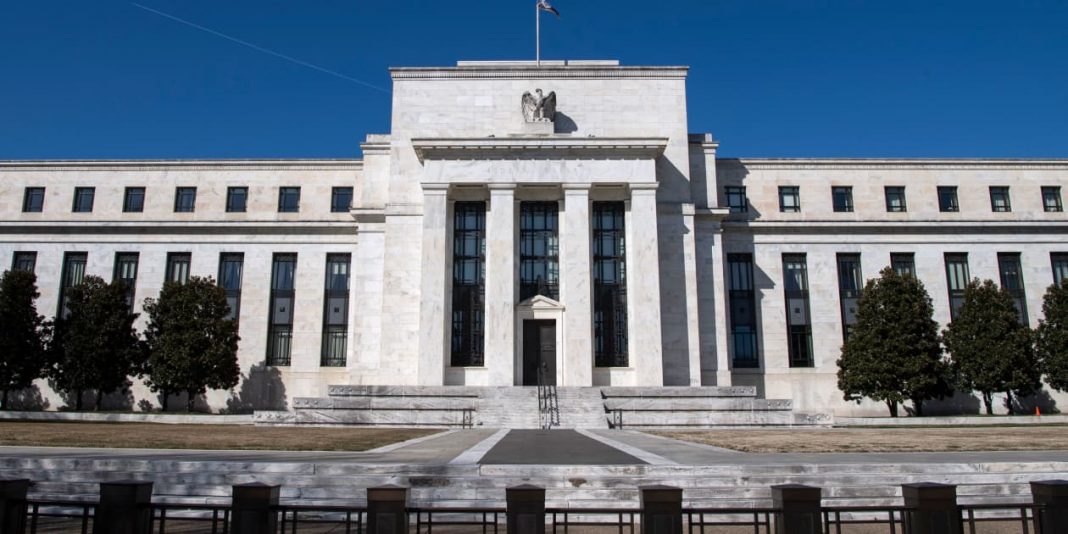 Federal Reserve officials at their April meeting said a strong pickup in economic activity would warrant discussions about tightening monetary policy, according to minutes from the session released Wednesday.

“A number of participants suggested that if the economy continued to make rapid progress toward the Committee’s goals, it might be appropriate at some point in upcoming meetings to begin discussing a plan for adjusting the pace of asset purchases,” the meeting summary said.

Markets have been watching closely for clues about when the central bank might start tapering its bond purchases, which currently are at least $120 billion a month. The Fed balance sheet is just shy of $7.9 trillion, nearly double its level before the Covid-19 pandemic.

Fed officials have been steadfast that they won’t change policy until their economic goals, particularly regarding employment and inflation, have been hit. The discussion revealed in the minutes is the first time that central bankers have indicated that a reduction in purchases could happen ahead, though there was no timetable.

Chairman Jerome Powell said after the meeting that the recovery remains “uneven and far from complete” and the economy was still not showing the “substantial further progress” standard the committee has set before it will change policy.

However, since then the consumer price index showed inflation rising at a 4.2% year over year pace, GDP is expected to show growth approaching 10% in the second quarter, and indicators in manufacturing and spending are showing strong upward momentum.

The one exception was a stunningly slow pace of hiring in April, with nonfarm payrolls rising just 266,000 against expectations for a 1 million gain.

Along with that decision, the Fed upgraded its view on the economy, saying growth has “strengthened” and inflation was rising.

The April meeting was held before inflation and employment numbers for the month were released.

Fed officials took a largely sanguine view of inflation at the meeting, anticipating that near-term price pressures would fade as the year goes on.

Those at the April 27-28 session said they expected rising demand with an economic reopening to combine with supply chain issues to push prices above the Fed’s 2% inflation target.

“After the transitory effects of these factors fade, participants generally expected measured inflation to ease,” the minutes said.

The minutes stated that “various participants” anticipated that it will “likely be some time until the economy had made substantial further progress toward the Committee’s maximum-employment and price-stability goals relative to the conditions prevailing in December 2020 when the Committee first provided its guidance for asset purchases.”

The Fed has set an ambitious and somewhat ambiguous goal for when it will change the ultra-loose policy it put into place during the pandemic’s early days.

Central bankers are looking for full and inclusive employment and say they will allow inflation to run somewhat above their 2% target in a new policy regime that looks for an average around that level, rather than using it as a maximum benchmark before tightening.