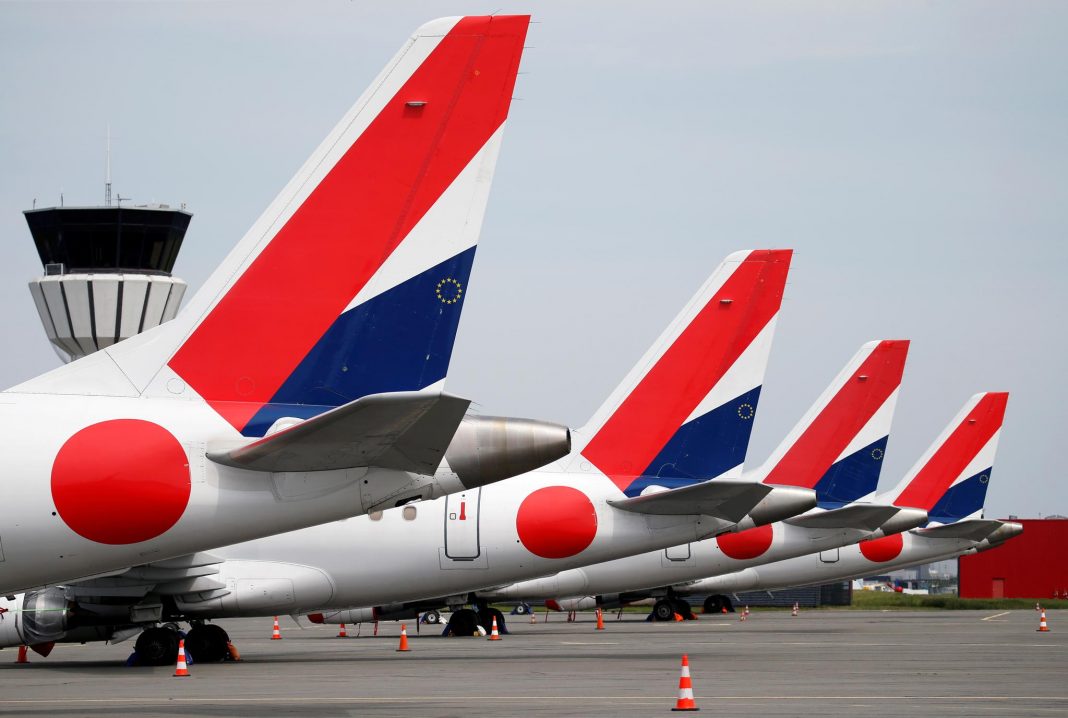 Air France-KLM AIRF.PA is battling new green taxes on top of the coronavirus crisis – in a test of growing policy tensions between righting Europe’s crippled airlines and delivering on climate goals.

The struggle unfolding around Air France-KLM is part of a larger reckoning for carbon-intensive industries as efforts to tackle global warming spawn more taxes and regulation.

While campaigners say those are long overdue, crisis-hit airlines warn their timing and severity will cost thousands more jobs and hurt development of lower-carbon technologies.

“In fact it’s counterproductive and would deprive us of finances that could otherwise be invested in environmental projects,” he told an online industry forum this month.

Tensions can only rise as emissions goals are toughened to slow dangerous climate change. The European Union’s executive now wants to cut greenhouse gas output by 55% in the next decade rather than the previous 40%, from a 1990 baseline.

While the pandemic has dampened climate protests led by Extinction Rebellion and Swedish activist Greta Thunberg, their political legacy must be squared with the economic emergency.

Those include an airline duty increase to 30 euros per short-haul economy passenger and 400 euros for long-haul business, from their current 1.50-18 euro range. At 2019 traffic, officials say the sector would pay 4.2 billion euros.

Key members of the government, which underwrote 7 billion euros for Air France, are backing away from the pledge as officials draft legislation in response to the convention.

“It would be grotesque to take back with one hand what we’d given the sector with the other,” Finance Minister Bruno Le Maire told daily Les Echos.

Le Maire and his Dutch counterpart were among nine EU finance ministers who had called for “taxation or similar policies” to curb emissions by raising air fares.

Airline emissions account for 2.5% of the global total but are set to triple by 2050. Under a U.N.-brokered programme, CORSIA, the industry aims to counter emissions growth from international flights with carbon offsets, whose effects are contested.

Airbus AIR.PA has given itself until 2035 to put a “zero-emission” plane into service, but many are sceptical about that deadline. Synthetic fuels are also too scarce and expensive to offer a near-term solution.

For intra-European flights, airlines would face a higher bill for European carbon credits under plans outlined this month to reduce free permits for the sector.

EU officials have also signalled likely moves to end a tax exemption for jet fuel enshrined in international treaties, a process that could take several years.

Far from giving struggling airlines a break, campaign groups are urging governments to use bailouts to force faster progress.

“Airlines’ reliance on governments strengthens the case for acting to cut their emissions,” said Andrew Murphy of Brussels-based Transport & Environment.

Assuming a slow recovery, the group says CORSIA’s market mechanism would price emissions as low as 17 cents per long-haul flight, leaving little incentive to curb greenhouse gases. ICAO, the U.N. aviation agency that developed the programme, said it was “grossly misrepresented” by the research.

Other emissions-cutting proposals may divide the industry.

Air France-KLM’s Smith called on French ministers to consider a minimum fare instead of taxes, citing the 40-euro minimum recently introduced in Austria. “Let’s discuss that,” he said in a newspaper interview.

While minimum fares can curb overall traffic and emissions without hurting traditional airlines’ profits or jobs, they punish budget carriers and their customers.

“This is another mad idea from a high-fare airline that can only survive with over 10 billion euros of illegal state subsidies,” Ryanair RYA.I said. The low-cost giant is challenging rivals’ EU-approved bailouts in court.

“Ordinary consumers all over Europe have benefited from and will continue to demand low fares, choice and competition,” it said.

However these tensions play out, airlines face a rising tide of carbon costs on top of their current woes.

Taxing fuel would be an important step even if rates started low, Egenhofer said. “You know what happens with taxes – they always go up.”