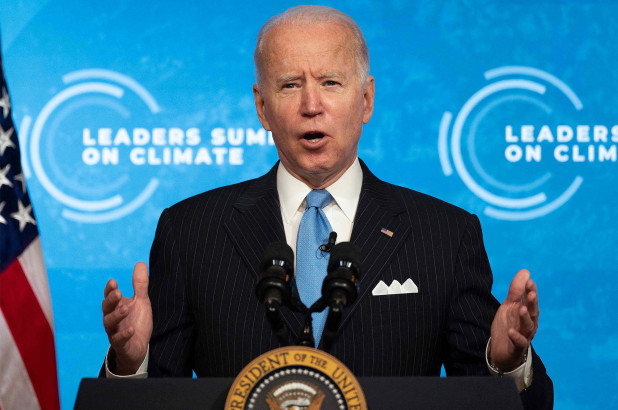 Conservative: Biden ‘Out to Lunch’ on Border

“Out to lunch” might be “the kindest way to describe Joe Biden and Democrats these days on immigration,” snarks The Wall Street Journal’s Jason L. Riley. “If they think they have a voter mandate to reverse restrictions advanced by the previous administration, even with the southern border effectively under siege, they’re kidding themselves.” As with “taxes, climate, court-packing,” Team Biden “is confusing the nation’s rejection of Donald Trump with an endorsement of a progressive agenda.” If that’s what voters wanted, “the Democratic House majority wouldn’t be so puny,” and “the Senate wouldn’t be evenly split.” Trump’s “prioritization of border security resonated with millions,” while Democrats’ hard-left turn on the issue “played a role in the party’s underperformance among Hispanics last year.”

From the right: Housing First Fails

In 2016, “Los Angeles voters approved a $1.2 billion bond for the construction of 10,000 units for the city’s homeless,” making the city “the most significant testing ground for the ‘housing-first’ approach” to homelessness, reports Christopher F. Rufo at RealClearInvestigations. “Five years in, the project has been plagued by construction delays, massive cost overruns and accusations of corruption.” The bare-bones apartments “have construction costs similar to luxury condos,” while 40 percent of costs go to “consultants, lawyers, fees and permitting.” Meanwhile, “unsheltered homelessness has increased 41 percent, vastly outpacing” construction. And “a range of studies” show “residents of housing-first programs show no improvement regarding addiction and mental illness.” Instead, the program “provides a stable residential environment for the homeless to live out their pathologies, subsidized by the public.”

The Green New Deal has made the “metamorphosis from a leftist fantasy into a serious political initiative” as President Biden plans to “impose many of its goals through administrative diktats on gas-powered cars, land use, airplanes, any form of fossil fuel and nuclear power,” laments Joel Kotkin at Spiked Online. The first victim: “people working in energy and fields that depend on reliable and affordable energy.” With “particularly ludicrous” proposals like replacing roads and planes with high-speed rail, “daily life under the Green New Deal would not only be more crowded, it would likely also leave more people poorer.” The best hope is that a conflict between hard-left “greens and the plutocratic ‘green’ oligarchy” will lead to “a more reasoned, gradual and less socially regressive environmental approach.”

From the left: Save Classics at Howard U

Frederick Douglass “risked mockery, abuse, beating and even death to study the likes of Socrates, Cato and Cicero,” recall Cornel West and Jeremy Tate at The Washington Post, while the Rev. Martin Luther King Jr. “mentions Socrates three times in his 1963 ‘Letter From Birmingham Jail.’ ” Yet historically black Howard University is dissolving its classics department, “diminishing the light of wisdom and truth that inspired Douglass, King and countless other freedom fighters.” The anti-classics trend “is a sign of spiritual decay, moral decline and a deep intellectual narrowness running amok in American culture.” Our elites can’t distinguish “between Western civilization and philosophy on the one hand, and Western crimes on the other. The crimes spring from certain philosophies and certain aspects of the civilization, not all of them.” Classics are vital for blacks, too: “Engaging with the classics and with our civilizational heritage is the means to finding our true voice. It is how we become our full selves, spiritually free and morally great.”

NBC’s coverage of the killing of knife attacker Ma’Khia Bryant “was an abomination,” fumes Charles Lipson at Spectator USA. The network sliced the part of the 911 call in which Bryant “trying to stab us” was heard. It also “omitted the shot of the knife in the attacker’s hand” from the police body-cam footage, thus setting up a false racial narrative. “Taken together, those two omissions completely erased the lethal threat to the victim.” Has NBC apologized? “Of course not.”