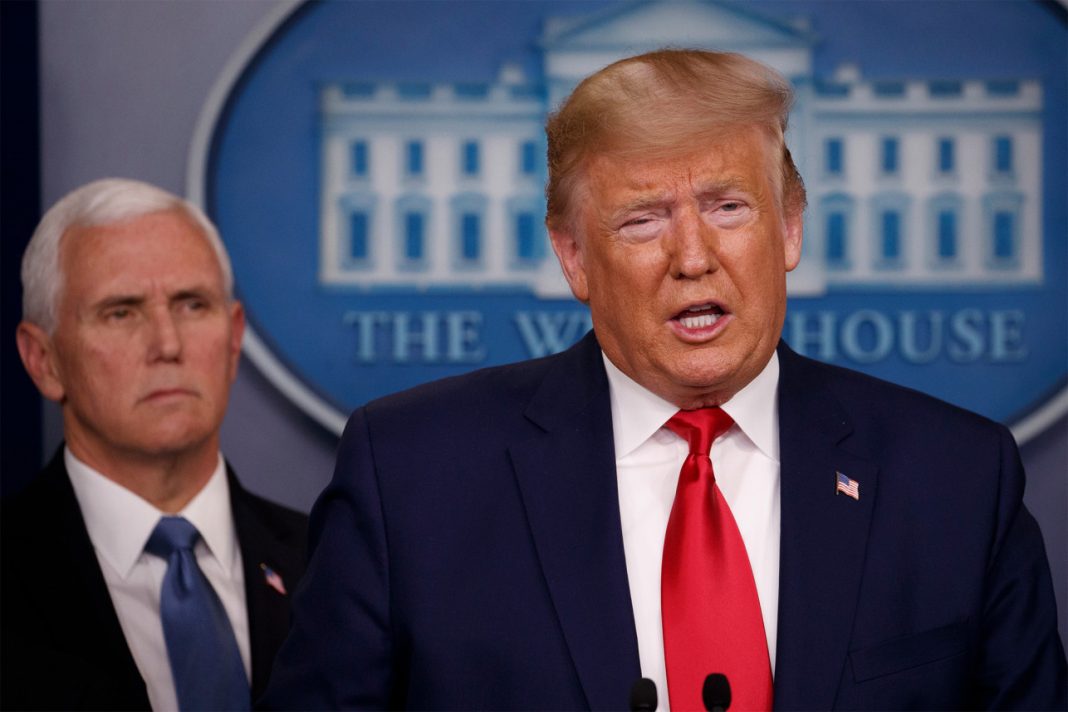 It’s a unique set of characteristics showing that President Trump understood early the need for decisive measures such as travel restrictions on China, which he imposed in January.

Yet for that sensible decision — in defiance of the World Health Organization — he was criticized by Democrats such as Joe Biden as xenophobic, and by China as racist.

“This is no time for Donald Trump’s record of hysteria and xenophobia — hysterical xenophobia — and fearmongering,” said Biden the day after the travel restrictions were imposed.

CNN ran a story warning that “the US coronavirus travel ban could backfire” and have the effect of “stigmatizing countries and ethnicities.”

It is hard to have much confidence in a United Nations bureaucracy run by the former health minister of the Marxist regime of Ethiopia. In 2017, Tedros tried to appoint then-Zimbabwe dictator Robert Mugabe as a WHO goodwill ambassador, and he seems to have a soft spot for China.

The Council on Foreign Relations think tank said last week that Tedros owes China because it backed him in the election to become director-general in 2017.

Tedros denies kowtowing to Beijing, but not only did he advise governments not to restrict travel from China at the start of the epidemic, he was slow to declare a global health emergency and praised China for its “transparency,” although the Communist authorities there had been covering up the spread of the disease.

So ignoring Tedros turned out to be one of the president’s smartest decisions.

At the press conference with Trump on Saturday, Dr. Anthony Fauci, the highly respected head of the National Institute of Allergy and Infectious Diseases, praised the “original decision that was made by the president … [that] prevented travel from China to the United States.

Trump’s travel restrictions began on Jan. 31. Australia and Singapore instituted their own travel limits the next day. Trump’s move bought valuable time to slow the spread of the virus and ease pressure on the nation’s health system before a vaccine is developed — which experts believe is at least 18 months away.

But that hasn’t stopped the barrage of fake criticisms, including that Trump had left the nation dangerously unprepared to cope with a pandemic by cutting funding for the Centers for Disease Control and Prevention.

Not true. The CDC’s programming budget increased from $7.2 billion in 2019 to nearly $7.7 billion this year, the Associated Press fact-checking unit reported. Trump had proposed a cut, but Congress rejected it.

It’s reprehensible for the Democrats to make political hay by blaming Trump for the coronavirus or, as a New York Times op-ed piece called it, “Trumpvirus.”

In an editorial Saturday, the Gray Lady also reiterated its debunked claim that Trump has “muzzled” Fauci.

Yet at Saturday’s 2 p.m. press conference — hours before the Times’ deadline — Fauci emphatically denied the claim.

“I have never been muzzled, ever, and I’ve been doing this since the administration of Ronald Reagan,” Fauci said. “I’m not being muzzled by this administration. That was a real misrepresentation of what happened.”

What shoddy journalism to publish such an incendiary, anonymously sourced claim, without at least including Fauci’s denial.

The anti-Trump narrative rolled on, with increasingly silly attacks. The Washington Post speculated that the coronavirus could be “Trump’s Katrina,” referring to Hurricane Katrina, the response to which had been bungled by President George W. Bush.

When Trump announced a coronavirus task force with the most eminent experts in the nation, CNN blasted him for a “lack of diversity.”

You could hardly blame the president for calling all this unfair criticism the “new hoax” of the Democrats and Resistance media, to try to take him down, like the Russia collusion hoax and the impeachment gambit. Of course, then his opponents twisted his words to pretend he had called the coronavirus a “hoax.”

The obvious untruth was spread by established journalists such as Dana Millbank of the Washington Post, who tweeted Friday night: “Remember this moment: Trump, in South Carolina, just called the coronavirus a ‘hoax.’”

When Trump pointed out that he had said no such thing, which the footage of his remarks confirms, the Daily News claimed yesterday he had “backed away from his claim that the coronavirus is a ‘hoax.’”

Michael Bloomberg is as bad. After spending days accusing the president of dismissing the spread of the virus as a hoax, he had the nerve to take out ads on prime-time TV Sunday saying the epidemic “requires putting politics and partisanship aside.” Hah! In our dreams.

The problem is that Trump Derangement Syndrome stands in the way of the bipartisan cooperation required to defeat this epidemic.

If Biden can’t answer questions without a script, how can he...