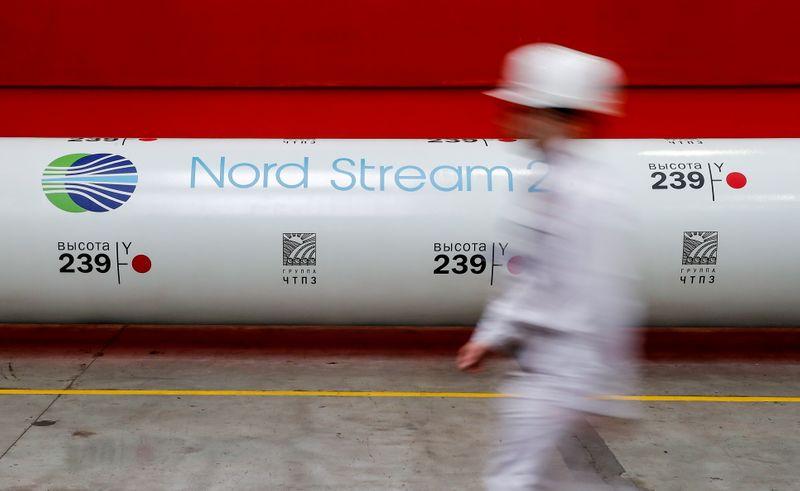 Poland said on Thursday that the waiver of U.S. sanctions on the company behind Russia’s Nord Stream 2 was a threat to energy security in central and eastern Europe.

The Biden administration waived sanctions on Nord Stream 2 AG and its chief executive earlier this week as the U.S. seeks to rebuild ties with Germany, after relations deteriorated under Republican former President Donald Trump.

“This information is definitely not positive from the security point of view, as we know perfectly that Nord Stream 2 is not only a business project – it is mostly a geopolitical project,” Polish government spokesman Piotr Muller said.

Gazprom and its Western partners are racing to finish the pipeline to send natural gas under the Baltic Sea.

The project, now about 95% complete, would bypass Ukraine, depriving it of lucrative transit fees and potentially undermining its struggle with Moscow.

“The project changes the structure of powers in central and eastern Europe when it comes to energy security,” Muller told Poland’s Radio Plus.

Poland, which has taken steps to reduce its reliance on Russian gas supplies, has on many occasions expressed its objections to Nord Stream 2, saying it will further strengthen Gazprom’s dominant position in the region.

Joe Biden’s win was awkward for Warsaw’s right-wing conservative government, which set great store by its relationship with Trump and secured a pledge of a permanent U.S. military deployment.

However, it strained relations with Poland’s European Union allies over its handling of democratic values.