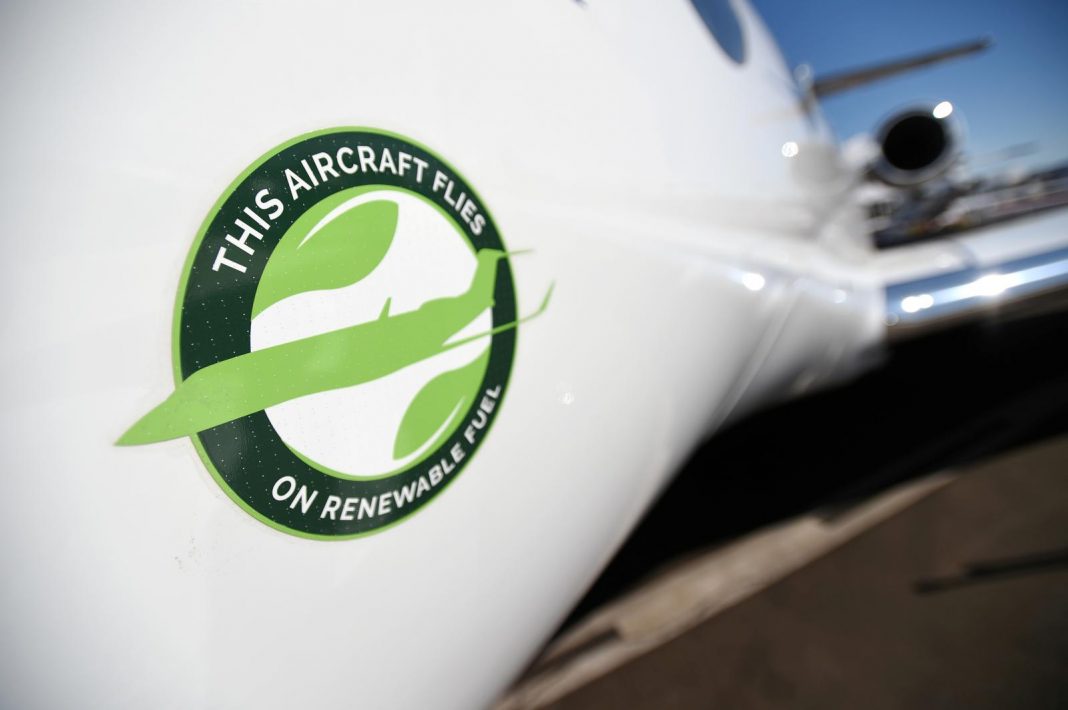 U.S airlines and renewables companies are lobbying the Biden administration to back a big increase in subsidies for lower-carbon aviation fuel, arguing new incentives are needed to help fight climate change and will also make their recovery from the pandemic much greener, industry trade groups told Reuters.

The push reflects the hefty price that U.S. taxpayers may be asked to pay as President Joe Biden seeks to follow through on his plan to both decarbonize the U.S. economy by 2050 and to help battered industries recover from the economic meltdown.

Air travel contributes around 2% of global greenhouse gas emissions, the Air Transport Action Group said. It is projected to grow rapidly in coming decades if airlines do not quickly switch to “sustainable aviation fuel.”

This is made from biologically-sourced wastes like old cooking oil, animal fat and plant oils and is a much more expensive product than traditional jet fuel.

The sustainable aviation fuel industry senses a political opening with the Biden administration after four years during which former President Donald Trump downplayed the threats from global warming and backed regulations that maximized fossil fuels development.

The National Air Transportation Association, which represents more than 3,000 companies across the aviation industry, said it was due to meet with the Federal Aviation Administration this month to sell an incentive for sustainable aviation fuel of up to $2 a gallon, which industry analysts estimate would be one of the priciest fuel incentives in the country.

With a Democratic majority in the House of Representative and an evenly split Senate, White House support for legislation on incentives is pivotal.

The FAA said in a statement to Reuters that it could not verify information about specific meetings, though it said it was a “strong proponent” of sustainable aviation fuels.

NATA said it is also trying to meet with the Department of Transportation.

Airlines for America (A4A), which represents U.S. airline companies, including United, American Airlines and Southwest, said it has also been in contact with the Biden administration’s climate change officials to discuss expanding the sustainable aviation fuel market.

Currently, A4A members use only about 1.5 million gallons of green plane fuel in the United States a year, out of a total commercial jet fuel market that exceeds 620 million barrels annually, based on data from A4A and the Energy Information Administration.

Currently, sustainable aviation fuel producers are eligible for a $1 per gallon subsidy under an existing federal biodiesel tax credit. The fuel is also eligible for incentives under the U.S. Renewable Fuel Standard and California’s Low Carbon Fuel Standard, which both encourage clean fuel production by generating tradable credits.

U.S. Representative Julia Brownley, a Democrat from California, introduced new legislation in early February that would boost those incentives by authorizing $1 billion in federal funding and by creating a blender’s tax credit specific to sustainable aviation fuel.

Analysts said a well-thought out incentive structure – even if expensive – could help to decarbonize an industry that will have to rely on some form of liquid fuels for decades.

“Aviation is likely to be a source of carbon emissions for a very long time,” said Robert Campbell, head of oil products research at Energy Aspects. “The decarbonization options for aviation are challenging, to say the least.”

Several other countries have already proposed sustainable aviation fuel mandates or are exploring them as a means of addressing increasing carbon output from air travel. A mandate in Norway came into force in January 2020, while the Netherlands is set to have one in place by 2023.

Globally, more than 250,000 flights have run on sustainable aviation fuel since 2016, while an estimated 10.6 million gallons were produced in 2020, the International Air Transport Association said.

Chicago-based Boeing, a leading manufacturer of commercial jetliners, for example, has committed to fly with 100% sustainable aviation fuels by 2030, it said in January.

While several U.S. petroleum refiners have made capital investments in retrofitting their plants to produce renewable diesel, they are agnostic about legislation regarding tax credits for sustainable aviation fuel, several U.S. refining industry sources told Reuters.

So far, only Phillips 66 has announced its intent to produce the fuel at its planned renewable fuels facility in Rodeo, California. Valero, meanwhile, has said it could produce sustainable aviation fuel in the future “when we need to pivot there.”

Saudi Arabia may slash April oil prices to Asia by most...