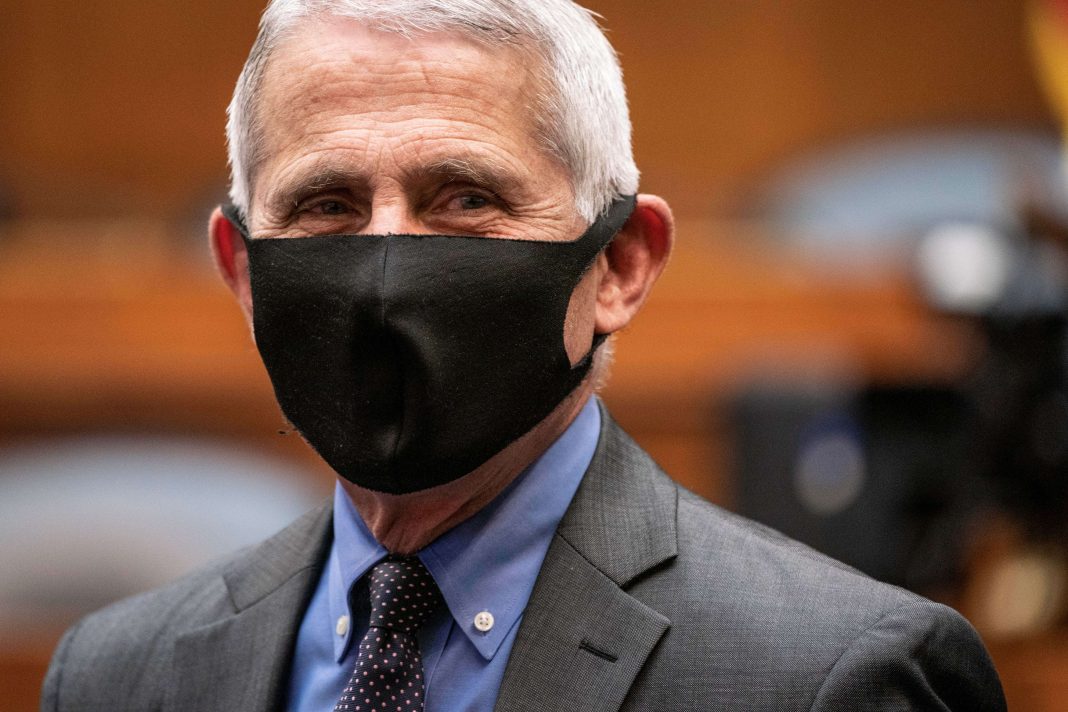 As several companies move closer to the finish line of a potential vaccine for the virus, the role of antibodies takes on even more significance as it could determine how well any vaccine works and how often someone might need to receive it, or a booster, to prolong protection.

In response to a question about how long antibodies might offer some protection against infection, Fauci said Monday “we do not know.”

“With this spike protein that’s being presented in the way that we do it with primes and in some cases boosts, we’re going to assume that there’s a degree of protection, but we have to assume that it’s going to be finite,” he added during a Q&A discussion with Dr. Francis Collins, director of the National Institutes of Health. “It’s not going to be like a measles vaccine.”

The measles, mumps and rubella vaccine generally confers lifelong immunity, according to the Centers for Disease Control and Prevention. Any potential coronavirus vaccine is unlikely to do the same, Fauci said.

“So there’s going to be follow up in those cases to see if we need a boost,” he said. “We may need a boost to continue the protection. But right now we do not know how long it lasts.”

Fauci, the director of the National Institutes of Allergy and Infectious Diseases, added that reports of recovered Covid-19 patients being reinfected with the virus are probably inaccurate. He said it’s more likely that the test used to detect Covid-19 probably picked up fragments of the virus still in the recovered patient’s body, but they probably hadn’t been reinfected.

“There are no documented cases where people got better and actually got sick again in the sense of virus replicating,” he said. “I wouldn’t be surprised if there’s a rare case of an individual who went into remission and relapsed. … But Francis, I can say with confidence, that it is very unlikely if it’s a common phenomenon.”

Some other viruses, including Ebola, have shown the ability to reinfect recovered patients, he added.

Fauci has previously said there’s a chance a coronavirus vaccine might not provide long-term immunity.

“When you look at the history of coronaviruses — the common coronaviruses that cause the common cold — the reports in the literature are that the durability of immunity that’s protective ranges from three to six months to almost always less than a year,” he said last month. “That’s not a lot of durability and protection.”

But any protection would be welcome, particularly among vulnerable communities such as health workers and the elderly, who are likely to be prioritized through an emergency use authorization when a vaccine proves safe and effective in humans, top U.S. health officials have previously said.

Officials will likely know whether a vaccine candidate currently in development is safe and effective by early 2021, Fauci said Monday, sticking to a timeline officials have touted since before March. British pharmaceutical company AstraZeneca and U.S. biotech firm Moderna are the two companies furthest along in developing their vaccine candidates.

The National Institutes of Health has been partnered with Moderna in accelerating the development of their potential vaccine as part of “Operation Warp Speed,” the federal effort to expedite the development of coronavirus vaccines.

Moderna is expected to move its candidate to phase three trials before the end of the month, though shares of the company dropped last week when STAT News reported the company was delaying its trial start date. The phase three trial is the most comprehensive test the candidate will face, involving about 30,000 trial participants. If all goes well and the candidate proves safe and effective in humans, the vaccine could be distributed before the end of the year.

There are 16 companies with vaccine candidates in human trials globally, the World Health Organization said last week. More than 10 companies in the U.S. are either already in human trials or preparing to begin them soon.

“We hope as we go along that by the end of this year or the beginning of 2021, we will at least have an answer whether the vaccine or vaccines, plural, are safe and effective,” Fauci said.

We immigrants know the America-bashers are ridiculously wrong