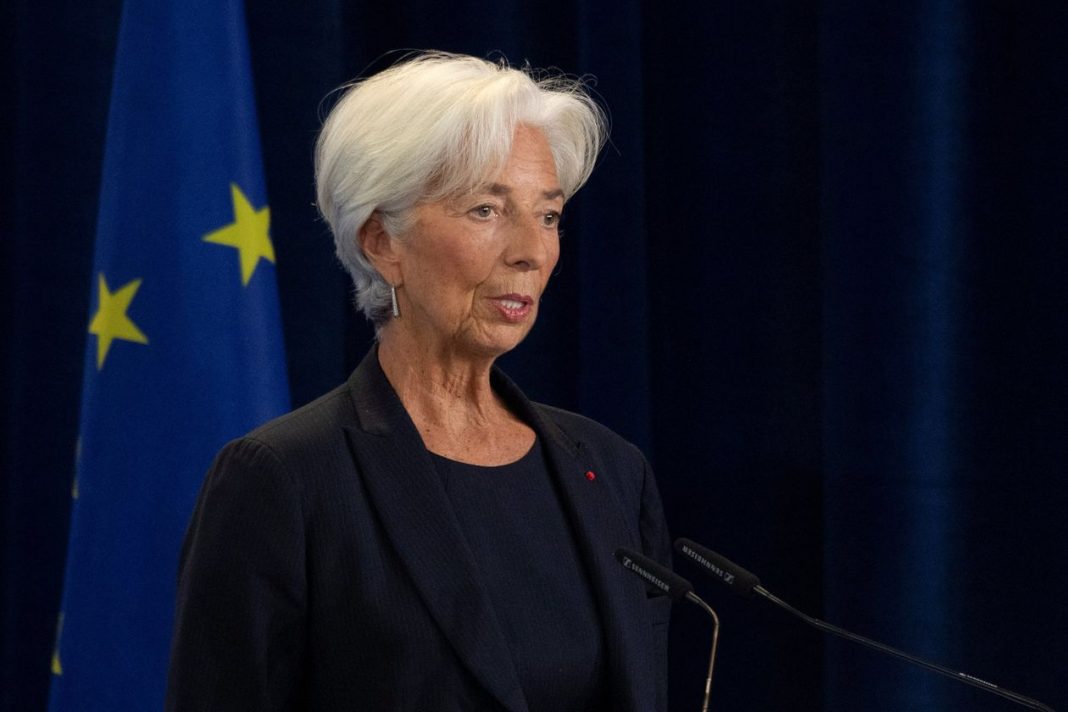 The eurozone’s economic expansion continued at a crawl in the three months through September, with little prospect of a quick return to robust growth.

The lengthening period of sluggish growth underlines the scale of the challenge facing Christine Lagarde, the incoming president of the European Central Bank. She will confront divisions among her fellow monetary policy makers, as well as inertia among eurozone governments that have proved reluctant to offer much stimulus by either raising spending or cutting taxes.

The 19-country eurozone’s performance indicates it is one of the weakest spots in a global economy that has seen widespread cooling this year. Economists have largely attributed this to rising tariffs on U.S.-China trade and weakened business investment, as executives delay decisions until the outlook for cross-border commerce becomes less clouded.

Responding to the weaker outlook, the Federal Reserve cut its key interest rate Wednesday for the third time this year.

“You have a synchronized slowdown in economic activity around the globe that’s been building for just about 18 months now,” Fed Chairman Jerome Powell said. “And that’s having an effect on U.S. activity.”

On Thursday, the European Union’s statistics agency said gross domestic product—a broad measure of the goods and services produced in an economy—increased at an annualized 0.8% pace, the same rate as in the second quarter. It left the eurozone once again trailing the U.S., where GDP grew at an annualized rate of 1.9% over the same period.

Eurostat didn’t provide further details, but previous data and business surveys indicate that manufacturers continued to bear the brunt of the slowdown, as demand for their goods waned in the U.K., Turkey and parts of Asia.

Chemicals giant BASF SE, one of Europe’s largest manufacturers, saw its profits fall in the third quarter and doesn’t see any improvement in economic conditions as this year draws to a close.

“The trade conflict between the United States and China is weighing on our business,” BASF Chairman Martin Brudermüller said earlier this month. “Moreover, there are uncertainties related to Brexit.”

Eurozone household spending appears to have held up, even as factory activity there has faltered. But there are signs of weakness ahead. Eurostat said 33,000 people became jobless in September, the second increase in three months. It raised its estimate for the August jobless rate to 7.5% from 7.4%, and said it was unchanged at that level in September.

Europe has been on the periphery of the trade wars, with only a small slice of exports facing higher U.S. tariffs. But its factories have suffered from a global slowdown in investment spending, as firms try to assess how profound and long lasting changes to the global trading system will be.

Few of the uncertainties that have put decisions on hold are likely to be resolved soon. With an election looming in the U.K., it is still unclear when and in what way the country will leave the EU.

While negotiators from the U.S. and China are working on an agreement that would halt additional American tariffs in exchange for big Chinese purchases of U.S. farm goods, a more meaningful, long-term pact appears out of reach.

In November, President Donald Trump is due to decide whether to impose new tariffs on automobile imports, using the same national security justification he cited for tariffs on steel and aluminum in early 2018.

Should he proceed, this would hit a key eurozone industry that is already suffering a sharp slowdown.

“It would prolong the current weakness,” Oliver Rakau, an economist at Oxford Economics in Frankfurt, said.

Responding to the slowdown, the ECB cut last month its already negative interest rate and restarted a paused program of bond purchases. Weak growth has made policy makers less confident of meeting their inflation target and figures released Thursday showed consumer prices rose by just 0.7% from a year earlier in October, well short of the target of just under 2%.

Outgoing ECB President Mario Draghi told eurozone governments that they must do more to boost growth, by increasing spending or cutting taxes.

Ms. Lagarde reinforced that message in an interview with France’s BFMTV on Wednesday.

“Countries…with fiscal space have not really made the necessary efforts,” she said. “We are obviously thinking of countries that are chronically in budget surplus [such] as the Netherlands, Germany.”