Home Opinions Is there a cure for anti-Trump disease? 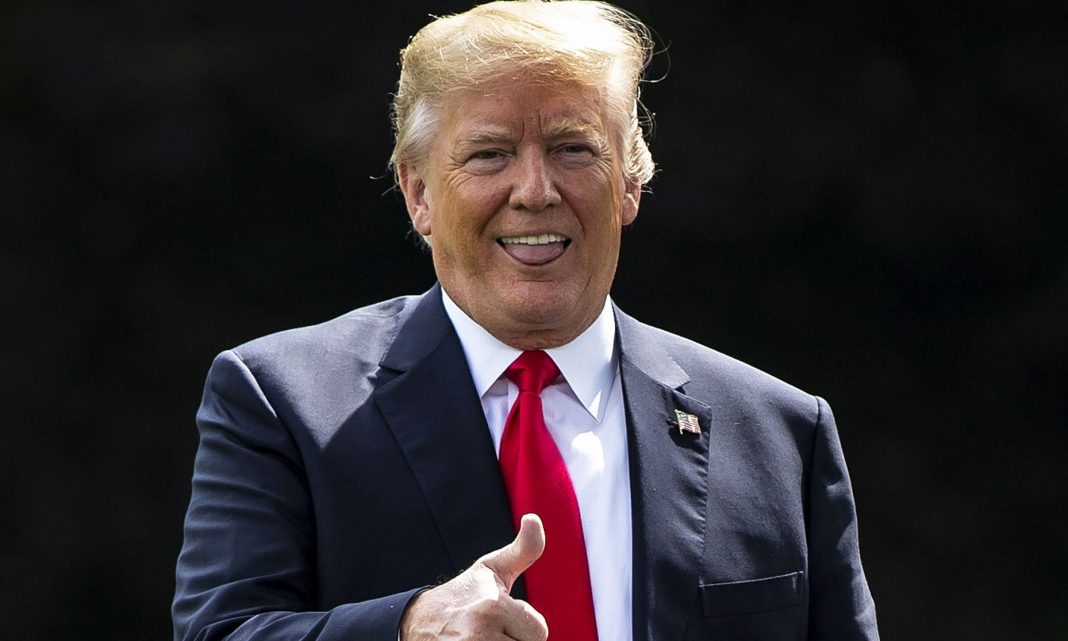 Whatever President Trump is for, the chattering classes are against it. Whatever he says, they will go to any lengths to prove him wrong. It’s a form of mass psychosis.

Anti-Trump New York Times economist Paul Krugman explained the methodology on Friday, admitting his “forecasting rule for the coronavirus era has been to take whatever Trump administration officials are saying and assume that the opposite will happen.”

He also predicted that the rapid employment gains of May and June were a “dead-cat bounce” and job growth has “at best slowed to a crawl.”

We really should create a Krugman Rule of economics to celebrate his record of getting everything wrong.

But he was right about the oppositional disorder of Trump-haters. Their determination to refute the president’s every word is having a perverse effect on America’s ability to respond to the coronavirus.

The most damaging recent example is the politicization of the malaria drug hydroxychloroquine.

The instant Trump touted it as a promising treatment for COVID-19 at a March 19 press conference, the media bent over backward to deride him as a quack and discredit the drug.

What makes the hydroxychloroquine story more sinister is that the negative publicity played right into the hands of Big Pharma, whose lobbyists background susceptible journalists, members of Congress and their staff to advance their interests.

The pharmaceutical-industrial complex doesn’t like cheap off-patent drugs such as hydroxychloroquine because they don’t provide huge profits in the way that new drugs and vaccines do.

At that same press conference, Trump added less effusive praise for the antiviral drug Remdesivir, saying it “seems to have a very good result.”

Remdesivir is produced by pharmaceutical giant Gilead Sciences, which charges $3,120 per treatment compared with $37 for 100 tablets of hydroxychloroquine.

It’s curious, as several doctors have pointed out, that all the attacks after Trump’s press conference were on hydroxychloroquine and not on Remdesivir, which also had no clinical trial showing it to be effective at the time.

Who had the financial incentive to discredit hydroxychloroquine but the drug companies that compete with it?

As ophthalmologist Dr. James Todaro, one of a group of rebel physicians calling themselves America’s Frontline Doctors, points out, Gilead’s stock plummeted immediately after Trump’s press conference, wiping $21 billion off its market cap over the next few days. The share price only recovered the following month on promising news from a clinical trial.

The jury is still out on hydroxychloroquine with studies for and against. But the saga has embarrassed two prestigious medical journals. The Lancet had to retract a paper discrediting the drug, as did the New England Journal of Medicine. Both relied on data from a small Chicago company, Surgisphere, whose patient database was bogus and origins murky.

But the damage was done. Clinical trials were stopped. Doctors report patients now are scared to be treated with hydroxychloroquine.

Whether or not it turns out to be effective against COVID-19, it’s hard to find a drug that has been more demonized. Social-media giants now even censor any mention of it.

And that brings us to another cheap off-patent drug that has been around for half a century, has been used safely to treat parasitic infections, from lice to river blindness, and also is on the World Health Organization list of essential medicines: ivermectin.

Australian gastroenterologist Thomas Borody has found ivermectin is a promising treatment for COVID-19 when combined in a “triple therapy” with zinc and the antibiotic doxycycline.

He calls it a “wonder drug” but said last week that the trick is “treating patients very early.”

Dr. Borody is famous for his triple therapy for the bacterial infection that causes peptic ulcers, Helicobacter pylori.

Clinical trials on his ivermectin triple therapy are about to start in California and are underway in 32 other countries.

But results using the drug off-label have been promising.

In Bangladesh, 400 patients with mild to moderate symptoms were treated and 98 percent cleared the virus within four to 14 days.

In the Dominican Republic, in 1,300 patients the average duration of infection fell from 21 days to 10 days.

And on sick patients at Broward County Medical Center in Florida mortality fell by 48 percent.

The results have been so remarkable that the government of the most populous Indian state, Uttar Pradesh, last week approved the use of ivermectin for COVID-19 patients and as a prophylactic for frontline workers.

But Borody has not been able to find a drug company interested in paying for clinical trials for a cheap drug that won’t reap them profits.

So he has partnered with California researcher Dr. Sabine Hazan, founder of Ventura Clinical Trials, and they are funding the trials themselves, at around $3,500 per patient.

Hazan, who has conducted clinical trials for 22 years, said on Sunday that she is “hopeful this is going to be a game-changer for COVID-19.” But she is at pains to point out there is no “one pill solution” for everyone.

If the trials go well, with expedited FDA approval, the ivermectin triple therapy could be on the market in blister packs before Christmas.

But it’s not too far-fetched to say that its success will be over Big Pharma’s dead body.

And God forbid the president mentions it.

A taste of NYC’s return

Warren Buffett says never write off America. The same should be said for New York City, which is showing admirable signs of coming back to life.

You can see sparks of resilience in Hell’s Kitchen, where restaurants have grabbed a hold of sidewalk dining with every ounce of creativity they can muster.

New Yorkers are returning the show of faith in their city by filling the tables every night, even this past Friday, in the rain.

It’s people who make an economy, and with New Yorkers in the game, you can’t lose.

Performance Catholic Nancy Pelosi and pals were apoplectic at President Trump’s suggestion that Joe Biden is “against God.”

But what else do you call a Catholic politician who is avowedly pro-abortion?

Biden has described abortion as “essential health care” and has been endorsed by NARAL Pro-Choice America.

If he still goes to Mass, as he claims, then he knows better.