Home Opinions Bond ETFs are ‘not out of the woods yet’ as Fed rides... 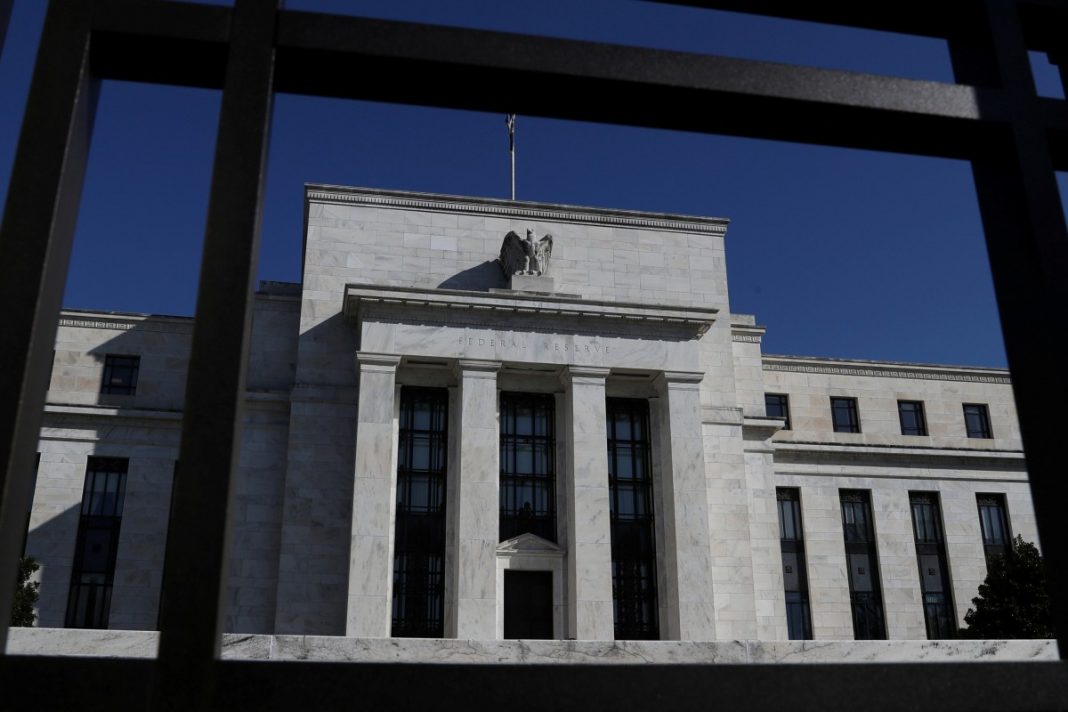 The Federal Reserve shared more details Monday about its bond-buying program, a $75 billion plan aimed at stabilizing the bond market by purchasing corporate debt either directly from companies or via exchange-traded funds that track bonds.

The central bank said it would start its buying in early May, adding that it would not buy into ETFs that had traded either at a 1% premium to or one standard deviation above their net asset values within the last year.

Many market watchers welcomed this glimpse into the Fed’s strategy.

“For all we know, they could’ve already started buying, so we’ve gotten confirmation that they haven’t,” Dave Nadig, chief investment officer and director of research at ETF Trends, said Monday on CNBC’s “ETF Edge.”

“The real news here is this definition of what too big a premium is, and there was a lot of speculation around this because we really don’t have an instance where a government entity has come in and said what fair value looks like,” he said. “We now know what the playbook looks like.”

By setting its limits at 1% or one standard deviation from the net asset value, the Fed has now effectively ruled what “too much” of a premium or a discount is for the rest of the industry, Nadig said.

“I think that’s a very reasonable way of thinking about that. The bond market is not nearly as efficient as we see in equities. So, a plus or minus 1% on what is being called the net asset value is actually a very reasonable number,” he said. “I do think this might have the interesting consequence of everybody piling into these ETFs trying to get in before the Fed and then the Fed maybe not even showing up because [of] the persistent premiums.”

Even so, bond ETFs are not in the clear yet, Chris Hempstead, director of institutional business development at IndexIQ, said in the same “ETF Edge” interview.

With the drastic dislocations that have occurred between bond ETFs and their net asset values in recent weeks, there’s a lot of work to be done to the market structure to make it more efficient, Hempstead said.

“Those of us that have spent the last 20-plus years pricing ETFs on underlying asset information that’s tangible and within arm’s reach would love to see a more reliable and real-time bond pricing mechanism,” he said. “Absent that, I don’t think there’s much that we can do about it right now other than trust that the true liquidity providers and those who are taking risk in fixed income, both on the actual bonds themselves or with the ETFs, are standing firm and this is where they value funds.”

In the funds Hempstead reviews on a daily basis — IndexIQ runs several bond ETFs including the IQ S&P High Yield Low Volatility Bond ETF (HYLV) — the spreads, or differences between buying and selling prices, “are still a bit wide,” he said.

“More often than not, you’re seeing days where they’re pushing 100 basis points over or 100 basis points under” their net asset values, Hempstead said. “So, I have a feeling that the bond market is not entirely out of the woods yet in terms of spreads collapsing to the narrow levels that we have seen in the past, both in high yield and in investment grade.”

Simeon Hyman, global investment strategist at ProShares, figured the bond market had already priced in a lot of the expectations surrounding the Fed’s rescue package.

“With regards to specifically the Fed now entering the market, I would argue that a lot of this is already priced in because they said that they could do it,” Hyman said in the same “ETF Edge” interview. “We saw spreads come in dramatically both in investment grade and high yield already. And even the mortgage market, which sort of had a minor … technical hiccup when this stuff first started, has started to calm down as well. So, I think the medicine is working. The medicine already started to work. But it was good that they came out and told us a little bit more precisely what they were doing.”

More union treachery from the United Federation of Teachers