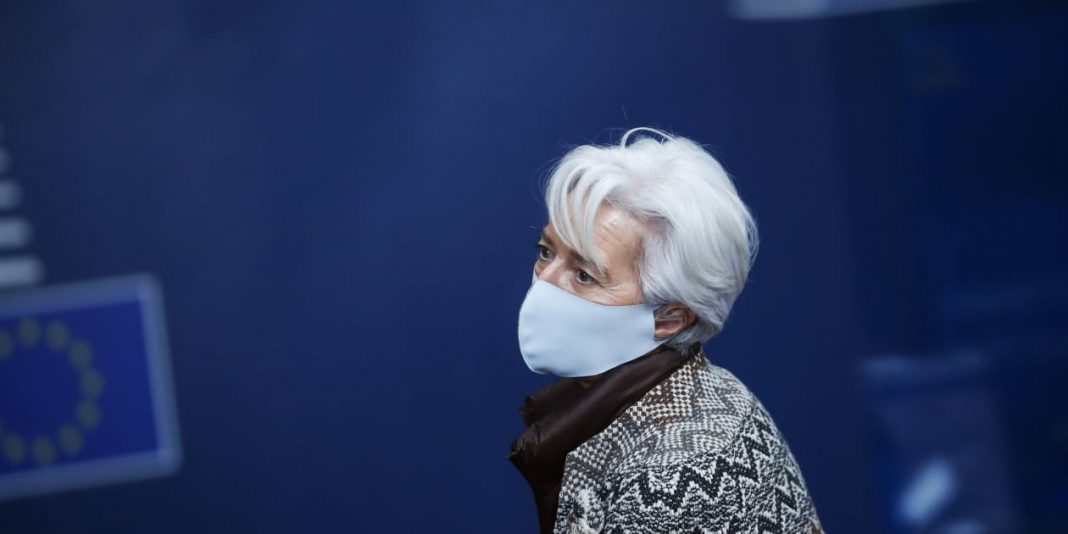 European stocks climbed on Thursday following a global rebound in markets after days of negative sentiment.

The pan-European Stoxx 600 was up 0.5% during early afternoon trade, with tech and utilities stocks climbing 1.6% to lead gains while financial services dropped 0.7%.

European markets are following the positive momentum seen in yesterday’s session, echoing upbeat trading in Asia-Pacific overnight, although the same can’t be said for their U.S. counterparts.

U.S stock index futures were flat in premarket trading on Wednesday despite stocks snapping a two-day losing streak Tuesday, as companies tied to the economy reopening led the way higher.

The European Central Bank kept its monetary policy unchanged on Thursday, with markets now looking to ECB President Christine Lagarde’s press conference at 2:30 p.m. London time for indications of when its massive monetary stimulus program may be wound down.

Earnings were high on the agenda in Europe on Thursday with Nestle, SAP and Renault among the companies reporting.

Swedish bearings maker SKF slid 5.9% to the bottom of the Stoxx 600 after matching quarterly earnings forecasts.

Renault posted a 1.1% fall in first-quarter revenue as it navigates a turnaround effort and the global semiconductor shortage. Shares slid 1.8% lower.

Earnings and data releases continue to dictate U.S. market sentiment this week with more companies, including AT&T, American Airlines and Intel, among those to report Thursday.

Economic data released Thursday will also give investors a snapshot of the ongoing economic recovery. Initial jobless claims will be released at 8:30 a.m. ET, with economists expecting a print of 603,000, according to estimates from Dow Jones.