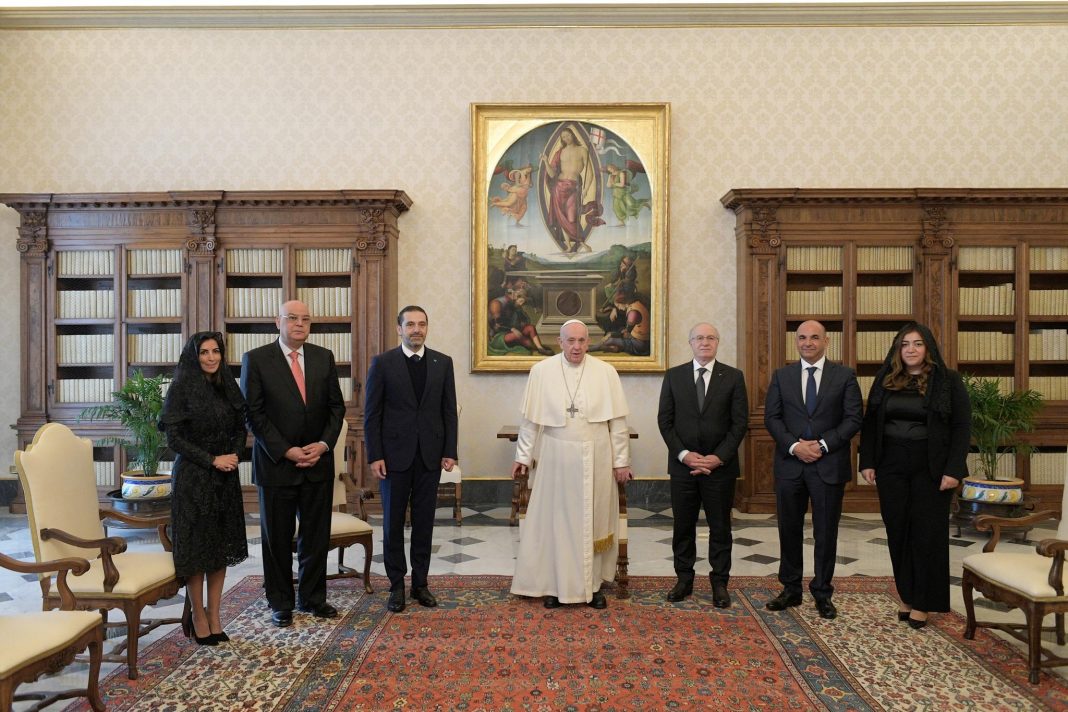 Pope Francis promised Lebanon’s Prime Minister-designate Saad al-Hariri on Thursday that he would visit the country but only after political forces put aside differences for the good of the people.

The Vatican said Hariri, who will also meet with Italian leaders during a short visit, held talks with the pope for about 30 minutes.

Hariri told Lebanese television afterwards that the pope would visit but only once its fractious politicians were able to agree on a new government.

“I explained to His Holiness Pope Francis the problems we are suffering from and asked His Holiness to help Lebanon,” Hariri said.

“His Holiness the pope will visit Lebanon but after a government is formed. And this is a message to the Lebanese, that we must form a government so that everyone can gather … to revive Lebanon with our friends,” he said.

A Vatican statement said Francis “reaffirmed his closeness to the Lebanese people, who are living through very difficult and uncertain times, and spoke of the responsibility of all political forces to urgently commit themselves to the good of the nation.”

Hariri, a three-time prime minister, resigned in 2019 after nationwide protests against a political elite which demonstrators blamed for pushing the country into crisis.

He was nominated prime minister again in October but remains at loggerheads with President Michel Aoun and has been unable to form a new government.

Lebanon is still reeling from a huge chemical explosion at Beirut port last year that killed 200 people and caused billions of dollars worth of damage, further weakening an economy already facing meltdown.

Francis, who first made the promise to visit in his Christmas message, urged the international community to help the country get back on its feet, the statement said.

Lebanon has asked Russia and other countries for help.

Earlier this month, German companies including Hamburg Port Consulting presented a multi-billion-dollar plan to rebuild the port and neighbouring districts, while French container shipping group CMA CGM also said it was pursuing a plan to restore the port.

Neither project can advance until Lebanon’s leaders break a political deadlock which has prevented the formation of a new government and stalled economic reforms, which Western countries say must come before aid or investment flows.