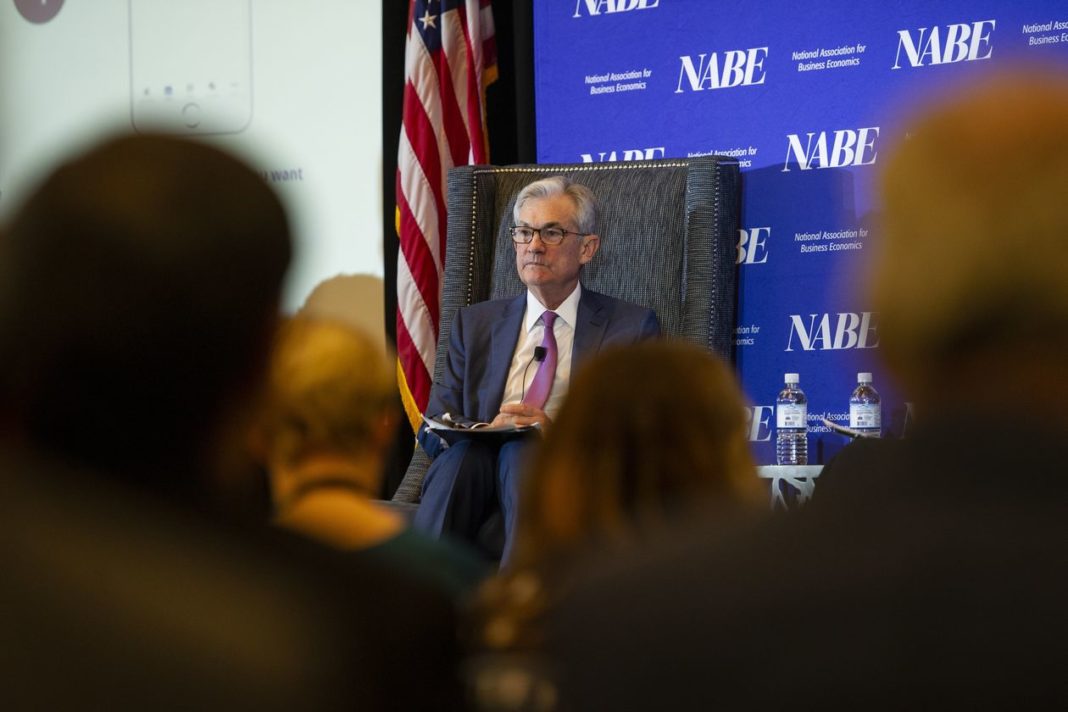 Federal Reserve officials are heading into their meeting in two weeks likely to cut interest rates while debating whether they have done enough for now to vaccinate the economy against growing risks of a sharper slowdown.

Officials began these discussions last month, when they cut their benchmark rate to a range between 1.75% and 2%.

Now they are discussing whether to call timeout on the current sequence of rate cuts, how much time they need to assess the effect of those moves and how to communicate their plans.

In recent public statements and interviews, officials have held the door open to cutting interest rates for a third time in as many months, though they have argued less forcefully for another reduction than they did before their moves in July and September.

They framed those reductions as a policy recalibration to cushion the economy against a global manufacturing swoon amplified by the U.S.-China trade war rather than the start of an open-ended stimulus effort to combat a deepening downturn.

Investors in interest-rate futures markets have maintained strong expectations of a cut at the October meeting—an 85% probability as of Thursday afternoon, according to CME Group—in part because Fed officials have done little to dispel those expectations.

“Our policy actions have been very helpful to keeping the economy on track and to manage some of the risks we were facing,” New York Fed President John Williams told reporters after a speech Thursday. “Looking forward, I think we just have to take this same approach, this meeting-by-meeting approach.”

“We will act as appropriate to sustain [the] low unemployment rate and solid growth and stable inflation,” said Mr. Clarida in an interview on Oct. 3. “And we said that in June and July and September, and I’m saying it to you tonight.”

If officials conclude they should signal a possible timeout from rate cuts, Fed Chairman Jerome Powell would disappoint investors who have come to expect additional central-bank support.

“The risk is that even a balanced message that avoids sending a clear ‘we are done’ message results in a selloff” in short-term bonds, sending interest rates up and stock prices down, said Jan Hatzius, chief economist at Goldman Sachs, in a report last week.

The Fed usually cuts interest rates because bad things are happening in the economy, but sometimes it has cut rates because the risk of troubling developments has gone up—similar to taking out an insurance policy.

The challenge is judging how much insurance is needed. “You don’t know how long you have to buy it, how much more you have to buy,” said Vincent Reinhart, a former senior Fed economist who is now chief economist at Mellon.

Mr. Powell has repeatedly highlighted episodes in 1995 and 1998 when the Fed cut interest rates three times and avoided a recession. “The Fed cut, and then cut again, and then cut a third time,” he said last week. “The economy took that accommodation on board and gathered steam again, and the expansion continued. So that’s the spirit in which we’re doing this.”

One way Fed officials have in the past signaled a possible timeout from rate cuts was to highlight the accumulation of recent stimulus, though plans to take a breather from cutting rates don’t always work out.