Home Opinions Trump vs. Biden and our yearning for ‘normalcy’ 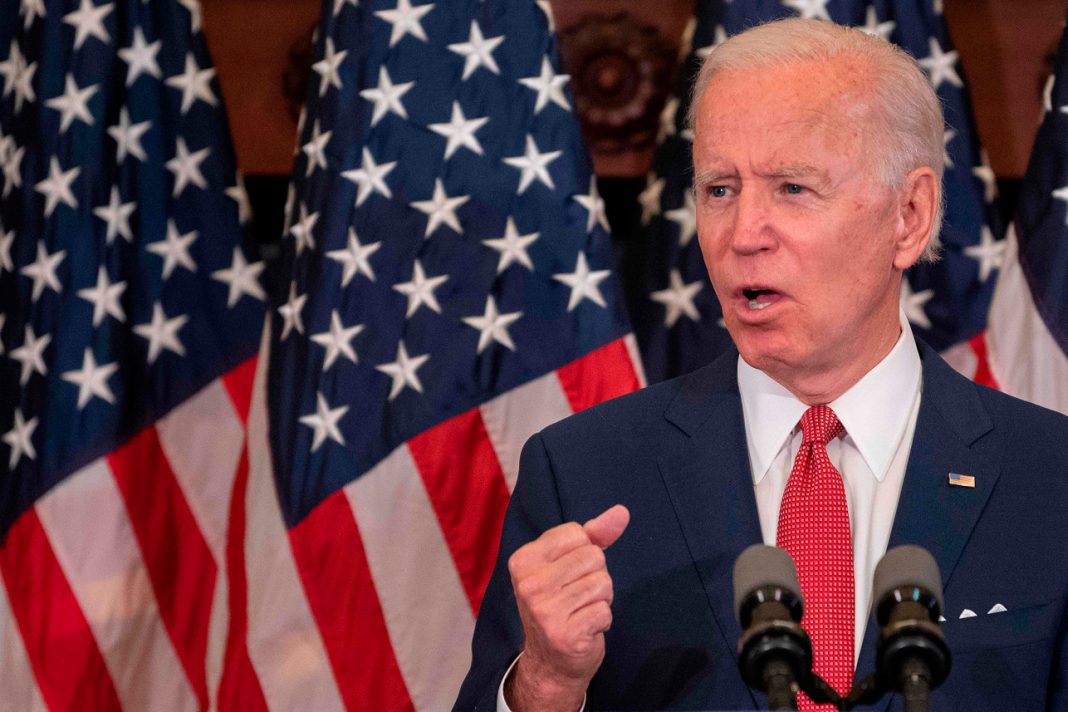 The ­ensuing protests united us around police accountability. But no sooner had people lined up to agree with the premise that bad police officers should be punished, and racism within organizations rooted out, than the movement put forth a demand to defund the police.

Anyone who imagines “defund the police” doesn’t actually mean defund the police should watch the viral video featuring Minneapolis Mayor Jacob Frey confronted on the issue by protest leaders. Frey had been at all the protests, had sobbed at Floyd’s coffin, held every correct progressive opinion — until activists asked him if he would agree to defund police.

“We don’t want no police,” an ­activist leader clarified for Frey. When Frey couldn’t agree, he was booted from the protests, as protesters hurled invective at him.

The trouble: Police forces ­remain broadly popular. Over 50 percent of Americans consistently say they have “a great deal” or “quite a lot” of confidence in police, with another 30 percent saying they have “some” confidence. It isn’t just white people, either. Polls have found that as many as two-thirds of African Americans have confidence in the police; a HuffPost/YouGov poll last week found that 49 percent of black people oppose defunding the police.

Yet wokesters are pressuring ­media companies to ditch TV cop shows, including “Cops” and “Live PD,” in what Commentary’s Noah Rothman has correctly identified as a “moral panic.”

Bonkers, as I say.

Meanwhile, hard-left activists have seized several blocks of Seattle to form an “autonomous zone,” a cop-free commune that includes an abandoned police precinct. “Residents” claim the territory isn’t part of the United States.

Jenny Durkan, the white mayor, isn’t too worried about the lawlessness. Asked on CNN last week how long she would let it go on, she ­replied: “I don’t know, we could have a summer of love.” It’s easy to imagine Durkan reacting very differently if a right-wing group seized public space and “seceded” from the republic.

Seattle Police Chief Carmen Best, an African-American woman, is sounding the alarm about what’s going on in the autonomous zone, saying police aren’t able to respond to 911 calls about “rapes, robberies and all sorts of violent acts that have been occurring in the area that we’re not able to get to.”

After months under lockdown, scared for our lives, Americans are tired. We were united in our outrage over the death of Floyd. But it’s downright scary to watch liberal elected officials respond to the very real problem of police brutality by giving license to lawlessness and acquiescing to ­bizarre ­demands like “defund the police.” Police officers are being shot at regularly, and it barely makes the news. We’ve ­decided to punish every officer in the country for the actions of a handful in Minneapolis.

Like much else over the last few months, it makes no sense.

We are aching for normal, whatever that means anymore. I suppose the 2020 election will come down to which candidate will ­restore a sense of normalcy. Joe Biden’s entire candidacy has been premised on “making America 2015 again,” as the satirist Marty Beckerman has put it. But can a Biden ­beholden to an ever-more-bonkers left deliver normalcy?

President Trump’s official slogan is “Keep America Great.” Yet his unofficial one, seen on signs in some states, is: “Trump 2020: No More Bulls - - t.”

We know what Biden means by normalcy: no late-night presidential tweet threats or fights picked with members of the media or his own party. But we also intrinsically understand what the Trump campaign might mean with its call to resist bulls - - t. The Seattle comrades forming an “autonomous” zone, and the Minneapolis ones calling for disbanding the police, fit the bill perfectly.

We shall see which idea of normal will win come November.