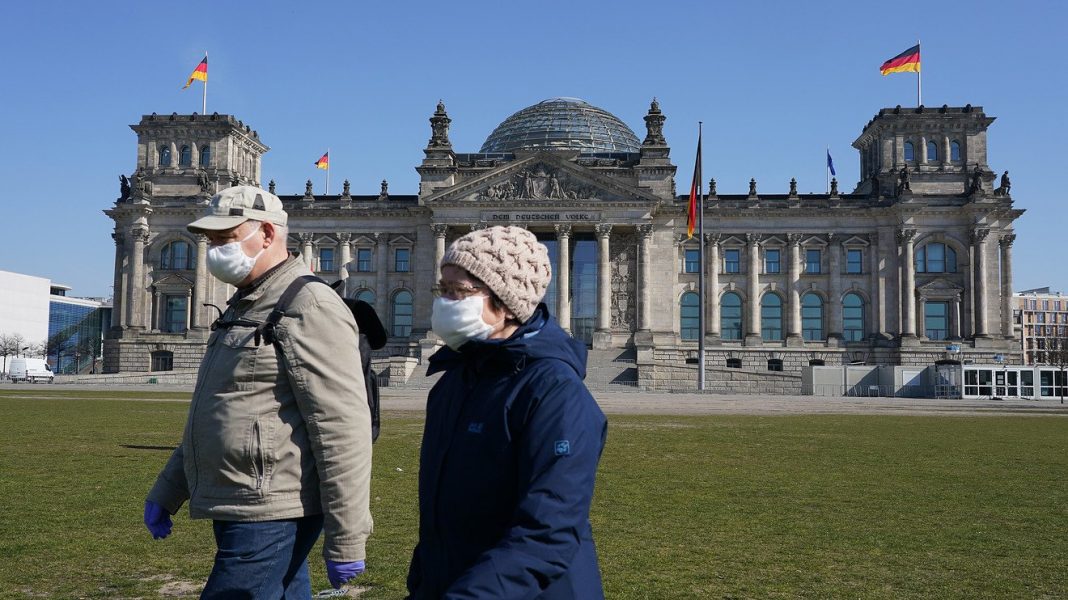 Germany is the latest country to discover a new mutation of the coronavirus, with a new variant identified among a group of hospital patients in Bavaria.

Local news outlets first reported on Monday that an unknown variant of the coronavirus had been discovered among 35 patients at a hospital in the Bavarian ski town of Garmisch-Partenkirchen, southeast Germany.

The altered virus was found in 35 of 73 newly-infected people in the hospital, Bavarian news outlet BR24 reported Monday. Samples are now reportedly being examined at the Charité university hospital in Berlin.

Officials said the variant is different from recently discovered variants in the U.K. and South Africa.

The hospital’s deputy medical director Clemens Stockklausner told a press briefing on Monday that there was no understanding, as yet, on whether the mutation made the virus more transmissible (as with the variants discovered in Britain and South Africa), or more deadly.

“At the moment we have discovered a small point mutation … and it is absolutely not clear whether it will be of clinical relevance,” Stockklausner said. “We have to wait for the complete sequencing.”

Neither the British nor South Africa variants have been found to cause more fatalities, although as a result of their ability to spread more easily, they have caused more infections, hospitalizations and, sadly, more deaths. The U.K. and Ireland, in particular, have seen a rapid spread of the mutated virus, which has caused a surge in infections and left some hospitals struggling with an influx of patients.

Information about the new variant found in Germany emerged on the same day that the country’s Health Minister Jens Spahn said the current level of coronavirus sequencing in the country was not sufficient and that laboratories would be obliged (and compensated) to sequence coronavirus samples to monitor virus mutations.

A handful of other countries that have discovered coronavirus mutations, including the U.K. and South Africa, are renowned for their large-scale surveillance and genome sequencing of coronavirus samples.

Last week, Dr. Janosch Dahmen, a physician and German parliamentarian with the Green party, told CNBC that “we need a more precise crisis mode here in Germany to fight the pandemic, and I’m very concerned that the numbers (of infections) will go far higher up like we can see in Great Britain and Ireland at the minute.”

In a statement to CNBC, Germany’s health ministry said that the “Federal Government takes each of the mutations of the novel SARS-CoV-2 coronavirus reported to date very seriously. The Federal Government is strengthening the possibilities of detecting corresponding mutations.”

Germany’s 16 state premiers are set to meet with Chancellor Angela Merkel on Tuesday to discuss whether to tighten or extend lockdown restrictions across the country that are due to end on Jan. 31.

Germany’s infection rate remains a significant concern, with a further 11,369 daily cases reported by public health agency, the Robert Koch Institute, on Tuesday. That brings the total number of cases to just over 2 million. The death toll stands at 47,622.

Like other European countries, Germany has been anxious to avoid the spread of the more-infectious strains of the virus found in Britain and South Africa.

Merkel reportedly told her Christian Democratic Union (CDU) party lawmakers last week that “if we don’t manage to stop this British virus, then we will have 10 times the number of cases by Easter … We need eight to 10 more weeks of tough measures,” German daily newspaper Bild reported.

On Monday, Spahn insisted that people should not call coronavirus mutation detected in Britain “the English variant.”