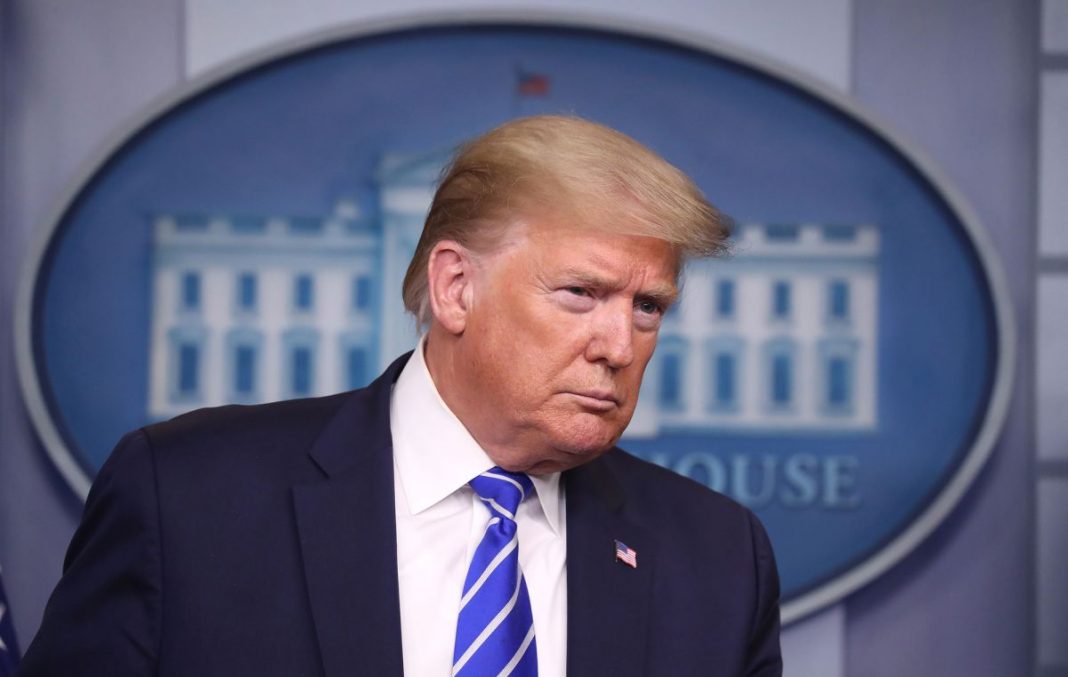 President Donald Trump signed a $484 billion coronavirus relief package into law Friday as Washington plans the next steps in its unprecedented attempt to rescue an economy and health-care system bludgeoned by the pandemic.

The measure puts $370 billion into aid for small businesses trying to keep employees on the payroll as they temporarily shutter to try to slow Covid-19′s spread. It grants $75 billion to hospitals struggling to cover costs during the crisis, and $25 billion for efforts to ramp up testing for the disease.

The package becomes the fourth passed by Congress to respond to the outbreak, with a total cost approaching $3 trillion. As Covid-19 cases rise and sustained economic shutdowns keep millions of Americans out of work, many in Congress predict lawmakers will have more work to do to buoy the country — even as Republicans start to grow wary of the mammoth spending.

Republicans and Democrats alike cheered the package as a boost for American workers and the health-care system. In a tweeted statement Friday, Senate Majority Leader Mitch McConnell said it “strengthens some of the most important parts” of the $2 trillion rescue package passed last month, including the small business program “which is saving millions of American jobs as we speak.”

Even so, lawmakers will soon have to grapple again with how best to combat the devastation from a widespread closure of the U.S. economy.

The first wave of $350 billion for the small business program approved last month dried up within days after it started, and a confusing rollout led to backlash about large companies receiving some of the relief. The new round of funding could get committed just as quickly.

At the same time, millions of Americans have struggled to cover their cost of living. State and local governments warn about budget shortfalls created by their virus response and lost revenue — threatening essential services. McConnell expressed doubts this week about spending more federal money and suggested states should be allowed to declare bankruptcy.

On Friday, House Speaker Nancy Pelosi insisted Congress would pass another bill with relief for states and municipalities. She estimated the total could be “equivalent to what we’ve done for small businesses,” or roughly $700 billion. The National Governors Association requested $500 billion from Congress this week.

“There will be a bill, and it will be expensive,” Pelosi told reporters. “And we look forward to doing it as soon as possible because jobs are at stake, protection of our people, the health and well-being of the American people are at stake. And the sooner we get this done the better.”

On top of funds for state and local governments, Democrats want the next bill to include hazard pay for workers and money for the struggling U.S. Postal Service. The president has said he wants to provide relief for states and municipalities, revamp U.S. infrastructure, create incentives for restaurant and entertainment spending, and cut payroll taxes.

However, he has resisted more funding for the Postal Service, which he called a “joke” on Friday.

Closing her remarks to reporters Friday, Pelosi mocked both the president’s opposition to approving more money for the Postal Service and his speculation Thursday about whether injecting disinfectants into the body would fight the coronavirus as she criticized his response to the crisis.

“No money for the Post Office. Instead inject Lysol into your lungs,” she said.

The president later tweeted that “I will never let our Post Office fail.”