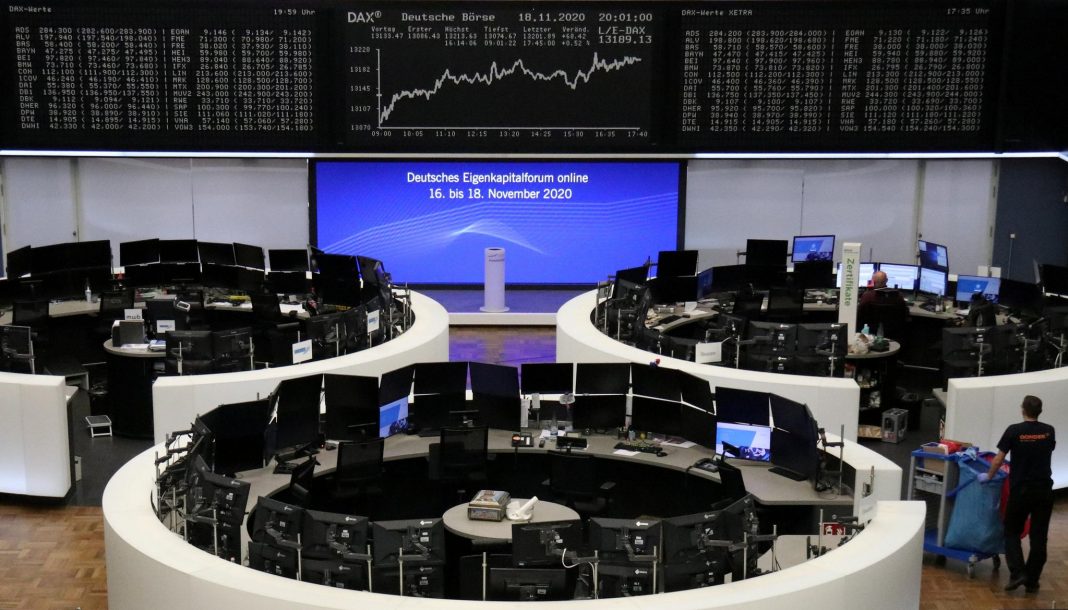 European stocks inched higher on Tuesday, as possible extension of German lockdowns drew investors into defensive sectors such as healthcare and telecoms.

After gaining almost half a percent at the open, the pan-European STOXX 600 index rose just 0.1% by 0938 GMT, while Germany’s DAX and London’s blue-chip index rose 0.2% each.

Gains at the open were fuelled by Asian stocks closing in on all-time highs as investors wagered China’s economic strength would help underpin growth in the region after data confirmed the world’s second-largest economy was one of the few to grow over 2020. [MKTS/GLOB]

However, the prospect of longer lockdowns in Europe kept investors on edge, with German Chancellor Angela Merkel set to agree with regional leaders to extend a lockdown for most shops and schools until mid-February, sources told Reuters.

Defensive sectors that tend to remain immune to economic cycles such as healthcare, telecom and utilities gained the most, while retail stocks took the biggest hit.

“With the extension of lockdowns, Q1 GDP growth will be negative, in Germany and euro area as well,” said Matthias Bausch, senior cross asset strategist at Commerzbank.

“However, the current situation is not the important driver for equity markets. If investors realise that lockdowns might be extended into Q2 or Q3, there is a much bigger risk.”

Tech stocks gained 0.4%, led by Logitech, which jumped 2.5% as it raised its 2021 sales growth and profit outlook for the third time, benefiting from a pandemic-driven boost in demand for work-from-home products and gaming accessories.

Swiss chocolate maker Lindt & Spruengli fell 2.2% after it said organic sales fell 6.1% in 2020, with only a lukewarm improvement in the second half as COVID-19 restrictions and the absence of travel weighed.

Analysts are forecasting a 26.3% decline in fourth-quarter profit for companies listed on the STOXX 600, as per Refinitiv IBES.

Investors were also monitoring the political situation in Italy ahead of a confidence vote in the upper house Senate that could force prime minister Giuseppe Conte to resign.