Home Opinions If Biden can’t answer questions without a script, how can he run... 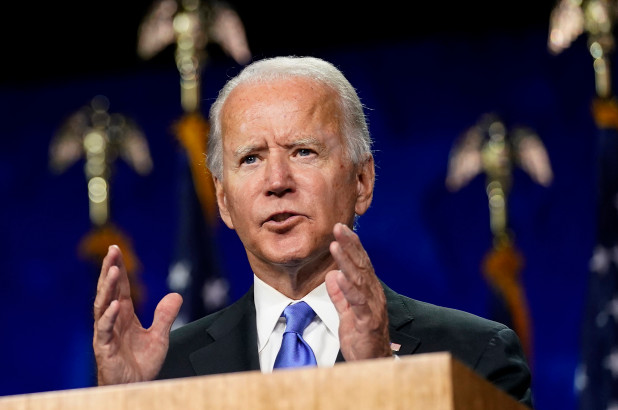 Wow: Joe Biden’s staff won’t even let him do a “spontaneous” Q&A session without a script. Is he really that far gone?

Obsessive scripting is the only explanation for what happened at last week’s Biden question-and-answer session with AFL-CIO union members, when the candidate responded to a young barista’s query with the non sequitur, “Move it up here” — then paused.

Anyone who’s been following Biden’s travails recognizes those words as a cue to his aides to jog the teleprompter, as he’s done time and again in recent weeks. (Why an experienced politician with a top-notch staff keeps having this trouble is also worrisome.)

Anyway, after the pause, Joe launched into his “off the cuff” response — which was utter boilerplate: “You know, there used to be a basic bargain in this country, that workers shared in the wealth they helped create.” It’s beyond appalling that Biden would need reminding of that trope.

His aides won’t even discuss the elephant in the room.

After the AFL-CIO footage made the rounds, Fox News’ Bret Baier put the obvious question to TJ Ducklo, the campaign’s national press secretary: “Has Joe Biden ever used a teleprompter during local interviews or to answer Q&As with supporters?”

Ducklo ducked the question — repeatedly, before finally saying, “I am not going to allow the Trump campaign to funnel their questions through Fox News and get me to respond to that.”

Time and again, teleprompter troubles have exposed the fact that Biden is just reading his lines in what his campaign pretends are real conversations with supporters, like Pennsylvania Gov. Tom Wolf.

He’s not even answering reporters’ questions off the cuff: “Look, Venezuela topline message is . . .” he told an NBC Miami reporter — obviously just reading the talking points he was handed in advance. He’s also given multiple interviews with his eyes down, clearly relying on prepared notes in his lap.

This simply is not the Joe Biden of decades past, who might put his foot in his mouth but never needed a script to say what he thinks. If he can no longer answer even softball questions without the aid of his overseers, who will really be calling the shots if he wins the White House?