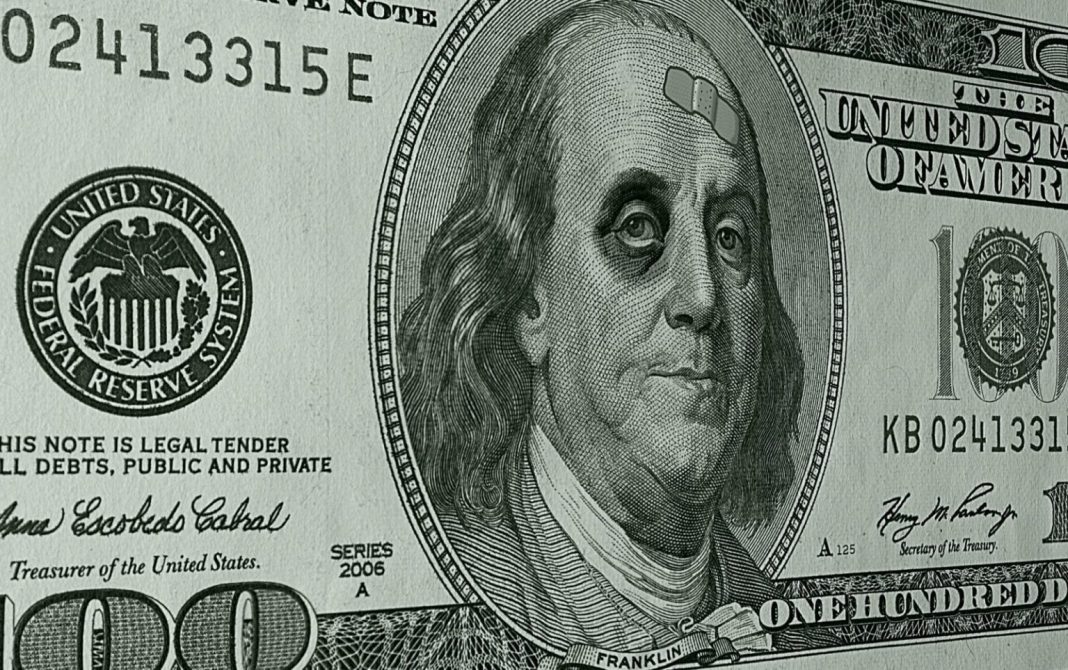 The dollar continued to lose ground on Thursday after the official report showed that the United States economy contracted by nearly 33% in the second quarter. Despite the result was not as bad as expected, the selling pressure surrounding the greenback intensified following the release. The data highlighted that the country’s economy is hit hard by the coronavirus pandemic and will likely suffer further as cases continue to rise in most states.

As a result, the euro exceeded the 1.19 figure and registered fresh two-year tops on Friday. At the time of writing, EURUS was changing hands around 1.1840, near the opening levels amid a local correction. In the short term, if profit-taking continues, the common currency could threaten the 1.18 handle but the broader bullish trend will remain intact anyway.

On the data front, Eurozone preliminary GDP contracted by 12.1% in the second quarter, as expected. Earlier, the report showed that Spain’s second-quarter preliminary GDP came in at -18.5% versus -16.6% expected. The figures put the euro under some pressure. Also, week- and month-end flows may be affecting the pair’s dynamics now.

In a wider picture, the greenback will likely remain on the defensive amid weak economic data, the diplomatic conflict between the US and China, and rising coronavirus cases. In the longer-term, the election-related uncertainty could hurt the American currency as well.

Meanwhile, USDJPY plunged to 104.18 in recent trading but managed to bounce quickly and recovered to 104.80. Despite the rebound, the technical picture remains bearish, and the outlook for the dollar deteriorated further after a break below the 105.00 handle. the daily RSI has entered the oversold territory but its direction looks neutral, which implies some stabilization around the current levels in the short term. Once above 105.00, the pair may retarget the 105.70 intermediate resistance zone that could open the way towards 106.00.

Oil prices up but the bullish potential is limited