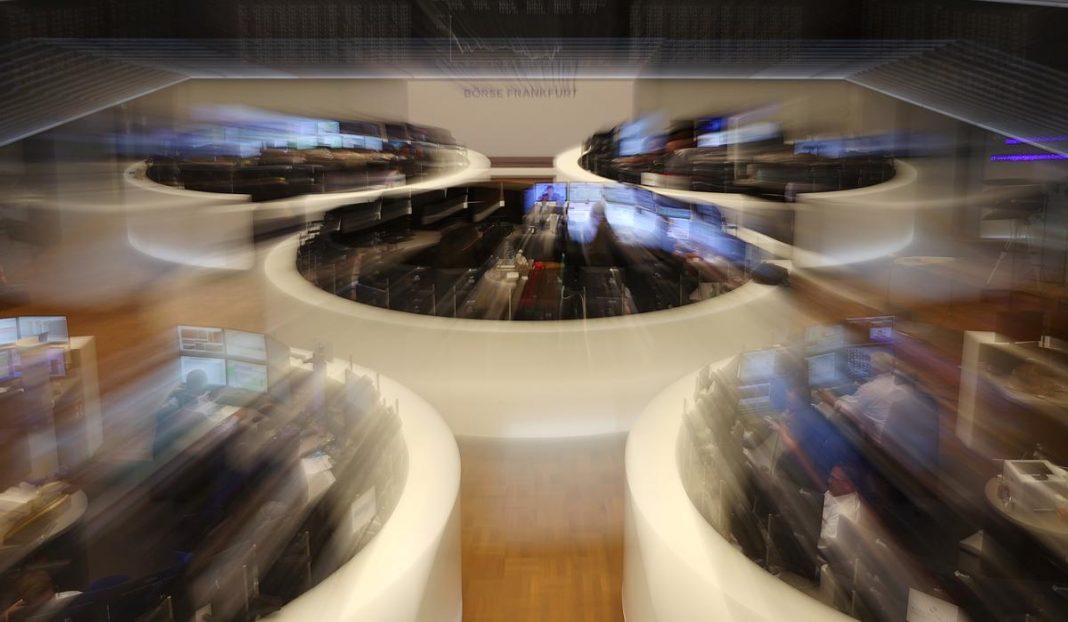 The pan-European STOXX 600 index sank 4.6%, sending it back toward near-seven-year lows hit in a massive global sell-off on Monday, with bourses in London and Germany leading declines.

Industrials posted among the heaviest losses following calls for a $60 billion bailout of the U.S. aerospace industry, with JP Morgan analysts saying it will take years for the sector to recover.

“Right now the predominant concern is that all the shutdowns of just about everything is going to lead to a recession,” said Michael James, managing director of equity trading at Wedbush Securities in Los Angeles.

“Those fears (are) far outweighing everything else.”

European shares have lost more than 30% since hitting a record high mid-February as some countries in the bloc imposed national lockdown to halt the spread of COVID-19, the disease caused by the novel coronavirus.

Italy’s prime minister on Tuesday declared the virus was causing a “socio-economic tsunami” as European leaders agreed to seal off external borders.

Following dramatic monetary easing by the world’s biggest central banks, U.S. President Donald Trump pressed on Tuesday for a $1 trillion stimulus package as many other governments looked to fiscal stimulus.

Equity markets in Europe had closed Tuesday higher on the back of a bumper stimulus package from Spain, but optimism faded quickly as a wave of companies laid out more details of the damage from the shutdowns.

British IT company Micro Focus International slumped 13.9% after scrapping its final dividend. [.L] Volkswagen (VOWG_p.DE) said it would halt production at three Polish plants, while a handful of British pub and restaurant operators said they were seeking leeway on debt arrangements with their banks.

Even traditional safe-haven assets were pressured as battered investors tried to offload their damaged positions. Wall Street’s main indexes slumped at the open, with the Dow Jones Industrials down almost 5%.