Home Economy In the face of an economic crisis, these are the best and... 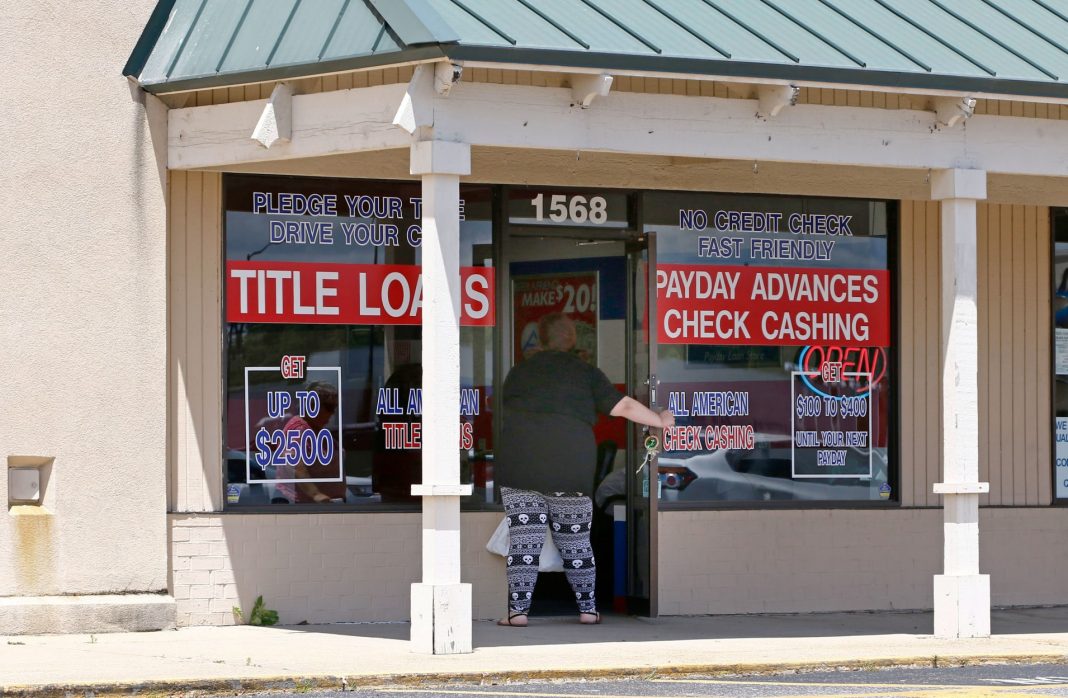 In the face of a global pandemic, millions of Americans are at risk of going without pay for a prolonged period of time.

That’s more than most can manage, considering that more than three-quarters of all full-time workers are living paycheck to paycheck, according to a report from CareerBuilder.

In an attempt to help, the Federal Reserve announced it is dropping its benchmark interest rate to zero in response to the growing threat from the coronavirus outbreak.

The Fed “is prepared to use its full range of tools to support the flow of credit to households and businesses,” the central bank said in a statement.

Although the federal funds rate, which is what banks charge one another for short-term borrowing, is not the rate that consumers pay, the Fed’s moves affect the borrowing rates they see every day.

And still, even with lower rates, not all types of borrowing will be a bargain.

Here are some of the best and worst loans out there.

Also called cash advances, payday loans are the worst offenders. Even though these short-term loans, generally for $500 or less, are relatively easy to get — often through storefront payday lenders or even online — the interest can easily run into the triple digits.

Depending on your state’s laws, payday loans are typically due two weeks later and must be paid off in one payment along with a “finance charge” (the service fees and interest).

Many states set a maximum amount for payday loan fees ranging from $10 to $30 for every $100 borrowed. But still, a two-week payday loan with a $15 per $100 fee is the equivalent of an annual percentage rate of almost 400%, according to the Consumer Financial Protection Bureau.

Credit cards are one of the most common — and also one of the most expensive — ways to borrow money. Consumers must pay a transaction fee — which is usually 3% to 5% of the cash advance amount — as well as interest on the loan. Credit card rates are near a record high, at an average of about 17%, according to Bankrate. The rate on a credit card cash advance is even higher — up to 25%.

“They can be the best of a bunch of really bad options when compared to payday loans and other such things, but it’s best to avoid cash advances altogether if possible,” said Matt Schulz, chief industry analyst at CompareCards.com.

Before paying 25% interest for a cash advance, a no-interest balance transfer offer “can be a huge help when disaster strikes,” Schulz said. “Virtually every major issuer offers at least one card that comes with an introductory offer of 0% on purchases for a year or more.”

Alternatively, ask your card issuer for a break. For example, Apple Card is allowing cardholders to skip the March payment without incurring interest charges. Other issuers are extending fee waivers and lowering payments, according to Ted Rossman, industry analyst for CreditCards.com.

Although many financial advisors also say 401(k) loans should be off-limits entirely, federal law allows workers to borrow up to 50% of their accountbalance, with a maximum of $50,000.

Borrowers then have up to five years to pay back their loan, which comes with an interest rate that typically is lower than with other borrowed money, such as credit card advances.

There are significant downsides to borrowing from your own retirement account, which can be a permanent setback to your retirement planning.

For starters, pulling money from your 401(k) means you forfeit the power of compound interest and, further, if you lose you job, the loan will become due within 90 days.

Personal loans, or unsecured loans, do not require borrowing against something of value, like a house, which makes them particularly attractive for those without that kind of equity. However, that generally means the loans come with a higher interest rate than a home equity loan.

Personal loans are also locked in over shorter terms, like one to five years, and payments are generally automatically deducted from a checking account, which decreases the odds of missing a payment or defaulting.

Personal loans are well suited for smaller loan amounts than a typical home equity loan, but more than one would want to run up on credit cards — generally, anything up to $35,000.

A number of online lenders, like Lending Club and Prosper, have popped up in recent years, making these types of loans more accessible.

The average interest rate on an unsecured loan is currently about 11%, according to Bankrate, although those with very good credit can get a rate as low as 5.6%. That’s notably less than the APR on a credit card.

Before the financial crisis of 2008-2009 and the historic housing crash, homeowners used their homes to access as much cash as the bank would allow. But borrowers who were burned by falling housing prices, not to mention today’s tighter lending standards, are considerably more wary now when it comes to home equity loans and lines of credit — despite the more favorable terms.

Still, the amount of equity today’s homeowners are able to tap is at the highest level on record.

One of the most common ways to access that equity is through a cash-out refinance (which is when you refinance your current mortgage and take out a bigger mortgage) or a home equity loan.

A home equity loan can be withdrawn as a lump sum, with a fixed rate and a repayment period generally of five to 15 years, or as a home equity line of credit with a variable rate.

The average interest rate on a home equity loan is about 5.6%, compared with closer to 6% for a HELOC. However, in the wake of the Fed’s move to dramatically lower rates, HELOC borrowers will benefit from smaller monthly payments within a month or two.