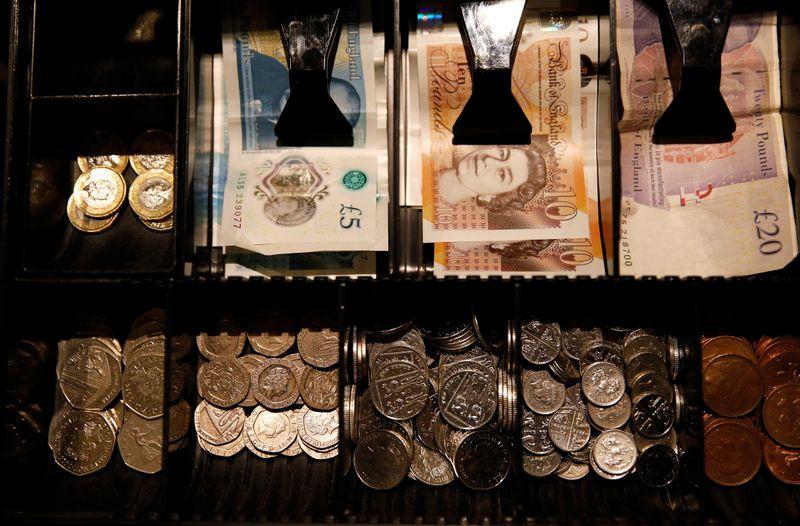 The data showed consumer prices rising at an annual rate of 1.8% compared with 1.3% in December, not far off the Bank of England’s 2% target. A Reuters poll of economists had pointed to a rate of 1.6%.

Against the euro it was down by a similar amount, last at 83.40 pence.

“I think that [stronger-than-expected data] has initiated a debate about what will policymakers really do this year in the UK,” said Rabobank senior FX strategist Jane Foley, referring to monetary policy.

The inflation data confirmed money markets’ view that rate cuts from the Bank of England in 2020 are unlikely any time soon; they currently see around 75% chance of a 25 basis-point cut by the end of the year, up from around 68% before the data.

“Looking at cable this afternoon, it hasn’t been able to hold above that $1.30 level. Partly this is dollar’s strength, but the market is very concerned on the politics in the UK,” Foley said, referring to negotiations between the UK and the EU.

The bloc will determine Britain’s access to its financial markets in the same way it has for Japan and the United States and won’t give special treatment, a senior EU advisor said on Wednesday.

Both sides have hardened their stance: the EU is demanding fair competition guarantees, Reuters reported on Tuesday, while British Prime Minister Boris Johnson’s Brexit adviser said London would never be bound by the bloc’s rules.

“Business sentiment and the follow-through to activity data will however be the more important determinant of whether the Bank of England cut rates or not in coming months,” she added.

The appointment of Rishi Sunak as Britain’s finance minister helped the pound last week to its best weekly performance in two months as expectations grew he would open the fiscal taps to boost an economy weakened by 3-1/2 years of Brexit uncertainty.

Sunak tweeted on Tuesday he expected to present the budget on March 11 as previously scheduled, pushing sterling higher, especially against the weak euro against which it scaled a two-month high.

The outlook for monetary easing is still uncertain, hinging on “the exact size of fiscal stimulus, the global backdrop and how quickly the UK can diversity its trade portfolio away from the euro zone”, said Stephen Gallo, European head of FX strategy at BMO Capital,