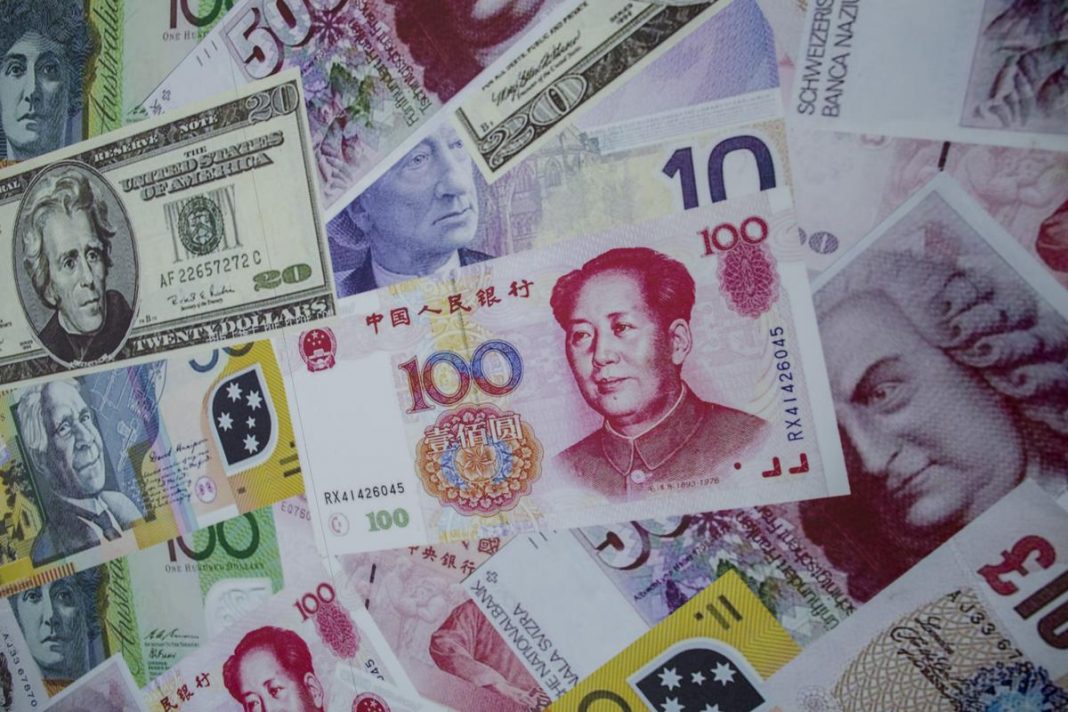 The dollar was flat against a basket of comparable currencies, =USD, still up around 0.5% on the week so far as investors sought safety amid market turmoil. The Japanese yen maintained its gains from the past week versus the dollar, up around 0.2%.

Oil prices fell again in overnight trading on Wednesday, with Brent falling to its lowest since 1999, amid a collapse in demand for everything from gasoline to jet fuel caused by the coronavirus outbreak and lockdown measures designed to contain it.

U.S. crude oil futures turned negative on Monday for the first time in history, as desperate traders paid to get rid of oil.

“The recent distortions on the oil market are less likely to be the cause but instead the trigger for the market to reveal its worst fears regarding the economic extent of the corona crisis,” wrote Commerzbank senior FX analyst Thu Lan Nguyen in a note to clients.

Oil-driven economies suffered – the Norwegian crown was close to its lowest in nearly a month against the dollar, although it recovered around 0.2% in early London trading. The Canadian dollar was less affected, up 0.3% versus the dollar on Wednesday.

“The fact that despite the renewed collapse of the oil price the Canadian dollar’s losses are limited is unlikely to be seen as an entirely positive development domestically,” wrote Commerzbank’s Nguyen.

“A weaker currency would be quite helpful to cushion the negative economic effects of the collapsing oil price at least partially,” she said.

The euro remained range-bound before an EU meeting tomorrow to discuss financial aid in the euro zone. It was last at $1.08665.

The Australian dollar was up 0.8% after a record surge in retail sales last month, spurred by panic buying.

The recovery in U.S. crude CLc1 lifts it out of negative territory, but at around $11 a barrel, it is still some 80% under January’s peak.

The plunge has soured appetite for risk and seems to have halted a rebound in stock markets as investors look toward a longer and slower global economic recovery.

A return to work in the United States — the country hardest hit by the virus, accounting for about a quarter of the almost 180,000 deaths globally — is looking disorderly as states and medical experts clash about the best course of action.