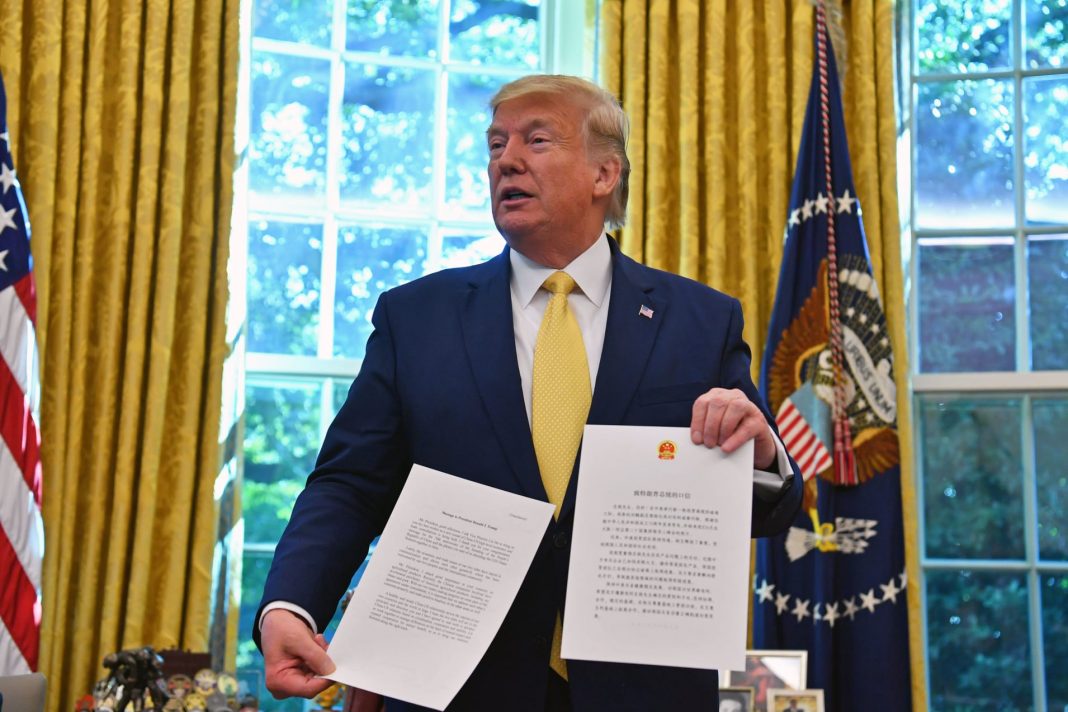 Resurgent optimism about the future of U.S. trade policy, along with a surprise spike in optimism about technological changes, helped lift confidence among small business owners, according to the fourth-quarter 2019 CNBC/SurveyMonkey Small Business Survey.

Increased optimism around trade helped the index rebound from an all-time low of 57 hit in Q3. Twenty-four percent of small business owners expect trade to have a positive effect on their businesses over the next year, up from 16% in Q3.

The Trump administration announced a “phase one” trade agreement with China last month. Despite the administration’s repeated insistence that a deal is imminent, no agreement officially has been signed. Over the weekend, there were reports that China is demanding a rollback of existing tariffs before it will agree to phase one of the trade deal. There are also some concerns that the trade deal could become intertwined with China and U.S. dueling positions on Hong Kong.

Optimism about coming changes in technology also boosted the small business confidence index. After nine quarters of virtually no movement, the number of small business owners who expect technological changes to have a positive effect on their businesses jumped from 41% to 48% this quarter. The jump is hard to explain, but was pushed by big jumps in optimism among small business owners under age 35 and among owners in the arts, entertainment and leisure industries.

More union treachery from the United Federation of Teachers