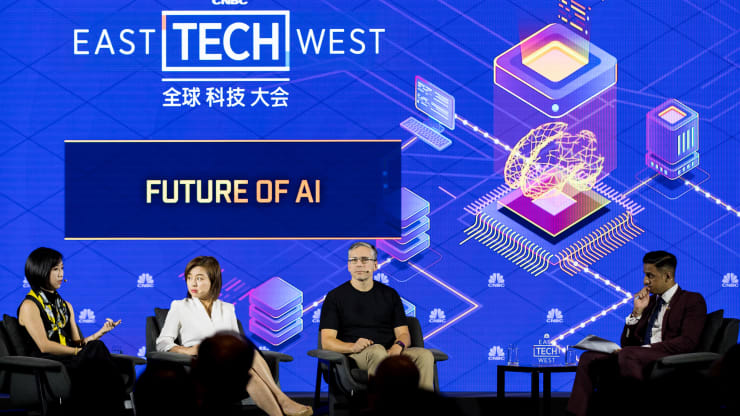 Industry experts are expecting a much less fragmented cryptocurrency boom in China, compared to other parts of the world, with President Xi Jinping’s government recently backing digital currency initiatives.

“I hope that we will have an enlightened infrastructure here,” said Paul Brody, EY global blockchain leader, at CNBC’s East Tech West conference in the Nansha district of Guangzhou, China.

“And I hope that we will avoid some of the mistakes that happened in the rest of the world.”

With Xi’s backing, China is developing a Digital Currency Electronic Payment, or DCEP, to be issued by the People’s Bank of China. The national currency may be launched within months.

China will look to avoid replicating the turmoil in the United States caused by a rush to the cryptocurrency market during bitcoin’s rapid growth, Brody said. In 2017, some investors flocked to initial coin offerings, many of which proved to be pure speculation where the involved companies never produced a product.

China’s policy shift may look from the outside like an abrupt move to capitalize on a trend, but it fits squarely in Xi’s long-term plan for “industrialization of the digital economy,” added Rae Deng, partner at DU Capital, who was on the same panel discussion at the East Tech West conference.

China’s entry into digital currency could effectively tip the scales in favor of new currencies worldwide, spurring some traditional investors to give blockchain a second look, she added.

“I think the magnitude and appetite of the traditional money would definitely change the status quo of the crypto community,” Deng told CNBC’s Arjun Kharpal.

Blockchain is the underlying technology for digital currencies and acts as a global database of transactions. It has been touted as being able to revolutionize the payments industry but it has many other uses.

China has signaled that it doesn’t want to over-regulate its digital currency, instead letting companies “experiment” with it, said Edith Yeung, managing partner at Proof of Capital.

She added that the country is looking at this as a long-term investment. Driving the adoption of digital currency might be a way to ensure their currency doesn’t lose value.

“And I really think that the U.S. needs to hurry up,” she added, “otherwise, I think what China is doing is leading the way to drive more dominance for the renminbi for the world.”