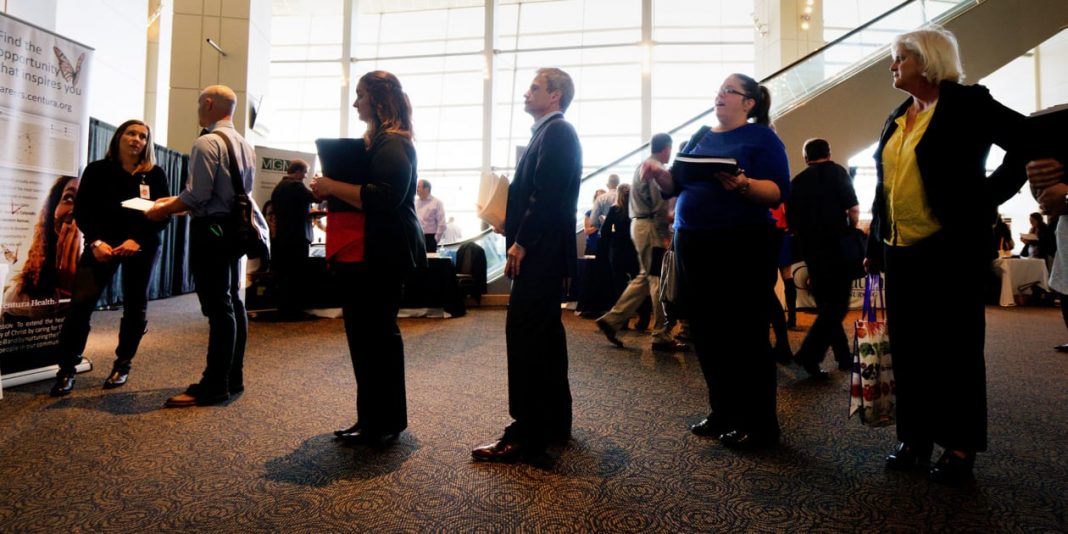 The number of Americans filing applications for unemployment benefits was unexpectedly unchanged at a five-month high last week, suggesting some softening in the labor market.

Initial claims for state unemployment benefits were flat at a seasonally adjusted 227,000 for the week ended Nov. 16, the highest level since June 22, the Labor Department said on Thursday. Data for the prior week was revised to show 2,000 more claims received than previously reported.

Economists polled by Reuters had forecast claims decreasing to 219,000 in the latest week. The Labor Department said only claims for Pennsylvania were estimated last week.

The four-week moving average of initial claims, considered a better measure of labor market trends as it irons out week-to-week volatility, rose 3,500 to 221,000 last week.

The claims data covered the week that the government surveyed business establishments for the nonfarm payrolls component of November’s employment report. The four week average of claims rose 5,250 between the October and November survey weeks.

While that would suggest little change in job gains this month, employment growth will be boosted by the return to payrolls of about 46,000 workers at General Motors.

The 40-day strike at the automaker’s plants in Michigan and Kentucky contributed to holding back payroll gains to 128,000 jobs in October.

Job growth has slowed this year, averaging 167,000 per month compared with an average monthly gain of 223,000 in 2018, in part because of a 16-month trade war between the United States and China, ebbing demand and a shortage of workers.

Minutes of the Federal Reserve’s Oct. 29-30 policy meeting published on Wednesday showed that while officials at the U.S. central bank viewed labor market conditions as remaining strong, they also acknowledged the slowdown in the pace of job gains.

Policymakers attributed the moderation in hiring to worker shortages and also viewed it as “indicative of some cooling in labor demand,” in line with recent declines in job vacancies.

The Fed last month cut rates for the third time this year and signaled a pause in the easing cycle that started in July when it reduced borrowing costs for the first time since 2008.

Thursday’s claims report also showed the number of people receiving benefits after an initial week of aid rose 3,000 to 1.70 million for the week ended Nov. 9. The four-week moving average of the so-called continuing claims also gained 3,000 to 1.69 million.