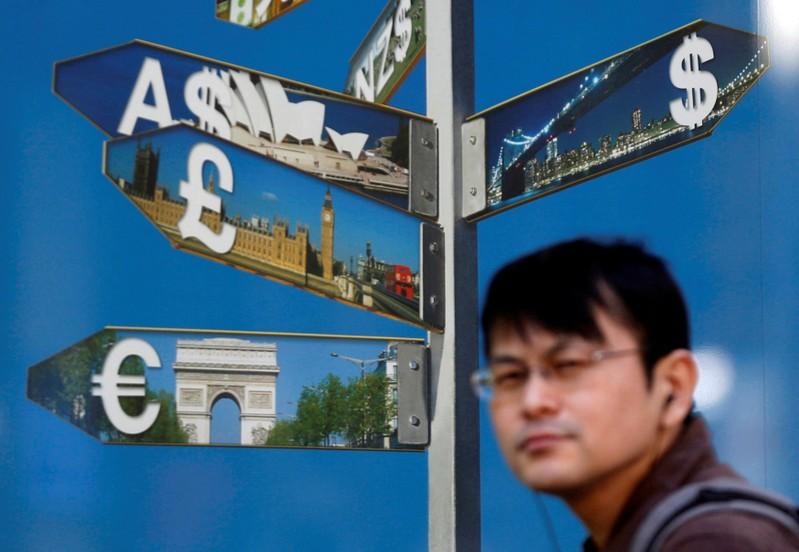 The pound rose on Monday, hitting a six-month high versus the euro and strengthening as much as 1% against the dollar, after the Brexit Party said it would not contest previously Conservative held seats in the UK’s upcoming election.

In a significant boost for Prime Minister Boris Johnson ahead of the Dec. 12 election, Brexit Party leader Nigel Farage said he did not want anti-Brexit parties to win, so was standing down candidates in seats won by the Conservatives in 2017.

“The Tories will be heaving a sigh of relief and it also reduces at the margin the prospect of a hung parliament,” said Neil Mellor, FX strategist at BNY Mellon.

“The market has shown a tendency of being supportive of a clear result,” he said.

Mellor said that the pound’s positive reaction implied markets have been more cautious because they were taking into account the possibility of a Labour victory.

“The Tories (Conservatives) are also seen as more market-friendly than Labour,” he said.

Lee Hardman, a strategist at MUFG said that, if the Brexit Party stood down candidates, it could clear the way for the Conservatives to pass their Brexit withdrawal deal.

A Conservative majority would allow the pound to rise 3%, a Reuters poll found and bookies now say a Tory majority is the odds-on favourite outcome of the election.

British government bond prices fell as Farage spoke and were down about 30 ticks from before the announcement. The FTSE 100 extended losses, down 1.2%.

The pound had already risen above $1.28 before Farage’s announcement, after data showed the UK economy dodged recession in the third quarter of 2019, expanding 0.3%

The GDP figures came after data showed British employers’ hiring plans have risen from an 18-month low, an unusually upbeat sign for the labour market.

Analysts noted however the economy had actually contracted in August and September when risks of a no-deal Brexit were high and that the outcome of the election would dictate the pound’s path along with trade talks with the EU after the Jan. 31 Brexit date.

Annual gross domestic product growth fell to 1.0% in the third quarter, weaker than the euro zone’s 1.1% and well below the 2% rate Britain enjoyed before the 2016 referendum.

Latest positioning data also showed speculators had trimmed bets against the pound in the week to Nov. 5. Net short positions versus the dollar are now at $2.338 billion, a 5-1/2 month low, according to CFTC futures data on Refinitiv.

The net short position means the pound has more potential to appreciate on good news than to depreciate on bad news.

Sterling-dollar implied volatility gauges with one-month maturities – expiring just before the Dec. 12 election – fell slightly, but were still up from the three-month lows hit last week.