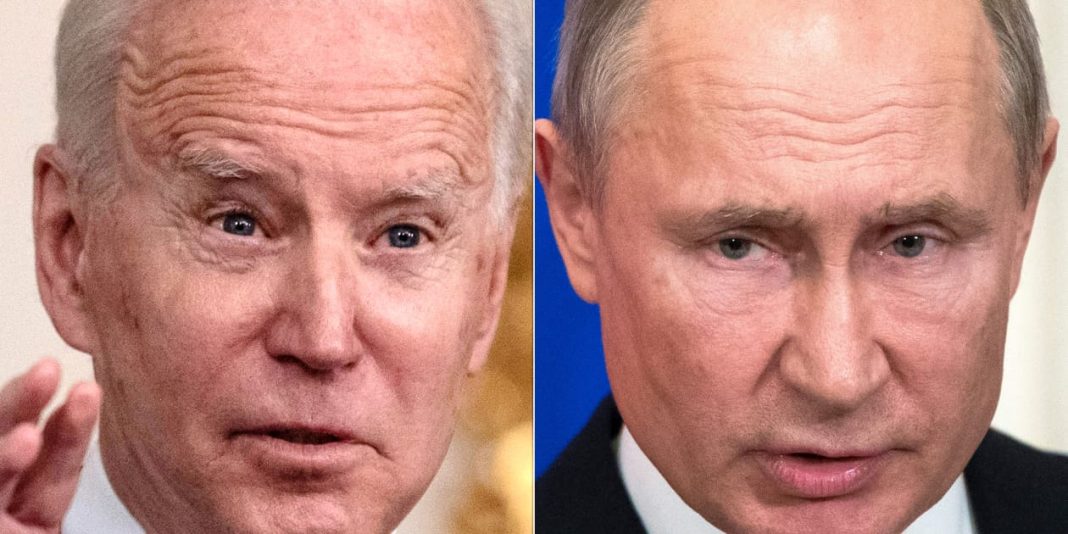 New U.S. sanctions on Russia are “mostly symbolic” and will have minimal impact on markets and the macroeconomic outlook, economists have suggested.

President Biden’s administration on Thursday announced a raft of new sanctions against Moscow over 2020 election interference, a huge cyberattack on U.S. government and corporate networks, illegal annexation and occupation of Ukraine’s Crimea, and human rights abuses.

Sanctions targeted 16 entities and 16 individuals accused of attempting to influence the 2020 U.S. presidential election, along with five individuals and three entities linked to the Crimea annexation, and expelled 10 Russian diplomats from the U.S.

Washington also imposed sanctions on newly-issued Russian sovereign debt, which caused a slight sell-off in the Russian ruble and sovereign bonds on Thursday.

The move prevents U.S. financial institutions from participating in the primary market for ruble and non-ruble denominated debt after June 14.

However, economists do not foresee any tangible fallout from the sanctions in their current form.

“The latest round of U.S. sanctions was a mostly symbolic exercise,” Agathe Demarais, global forecasting director at The Economist Intelligence Unit, told CNBC on Friday.

“Sanctions on Russian individuals and companies are irrelevant, as these people and firms have no ties to the US and probably no intention to ever use the U.S. dollar or to have bank accounts in the U.S.”

Demarais added that the sanctions on sovereign debt are less stringent than the initial market reaction would suggest, since they only target the primary debt market and can therefore “easily be circumvented via the secondary market.”

The primary market in this instance refers to Russian debt securities created and offered to the public for the first time, while the secondary market is where those securities are traded among investors.

Notably, U.S. officials accompanied the sanctions with a series of statements voicing desire to improve bilateral relations with Moscow. The sanctions effectively draw a line under a period of investors waiting and guessing as to their timing and extent.

Vladimir Tikhomirov, chief economist at Moscow-based BCS Global Markets, told CNBC on Friday that some investors were relieved by the removal of uncertainty and fairly modest sanctions, which reduced the overall level of Russia-related investment risks.

Tikhomirov said the sovereign debt ban was the most significant of the new measures, but its impact was still limited.

“However, given the current state of Russia’s budget (in 1Q21 the budget was in surplus), low level of sovereign debt, conservative fiscal policy and high volume of accumulated reserves the ban on new debt purchases is unlikely to have significant implications for the state of Russia’s finances or for the economy at large,” he said.

Liam Peach, emerging markets economist at Capital Economics, agreed that the fallout will be limited unless the sanctions are extended to all sovereign debt, or Russia launches aggressive retaliation.

Capital Economics estimates that the Russian government will issue 2.5 trillion rubles of bonds in 2021, equivalent to 2.7% of its GDP, to finance its deficit and roll over maturing debt. However, Peach anticipates that almost all debt will be issued in rubles and bought by Russian banks, limiting the impact of sanctions on new issuances.

While past sanctions have tended to result in a prolonged premium on Russia’s dollar bonds and currency, the macro impact has been fairly limited, Peach highlighted in a research note Thursday.

“This provides an anchor, but of course the impact will depend on what scale non-residents sell their holdings of outstanding debt,” he said.

“Russian retaliation could consist of counter-sanctions or increased tensions with Ukraine but the key point is that the trend towards increased isolation will only grow further,” Peach noted.

Tikhomirov said Russian investors do not expect retaliation by way of economic or financial measures, and therefore remain relatively sanguine about the implications on markets and the economy.

“That said, the prime risk in this area is mainly political: as Russia is likely to retaliate by political moves these potentially could result in a further escalation in Russia-West relations, which, in turn, could trigger counteraction from the U.S. and its allies,” he said.

“Such a scenario cannot but concern many investors, although hopes remain that Moscow will take the U.S. offer and will also make moves aimed at improving relations with the U.S. and the West in general.”

Economists broadly expect the Central Bank of Russia to hike interest rates next week. Peach projected that should the ruble come under significant pressure and the CBR develops worries about the inflation outlook, more aggressive monetary tightening can be expected. Capital Economics now expects a 50 basis point hike to 5%.

Meanwhile Tikhomirov anticipates a 25 basis point hike to 4.75% and a possible additional 25-50bp hike later in the year, as policymakers track an acceleration in inflationary pressures rather than reacting to sanctions. 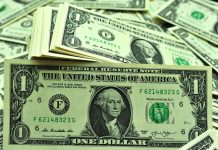