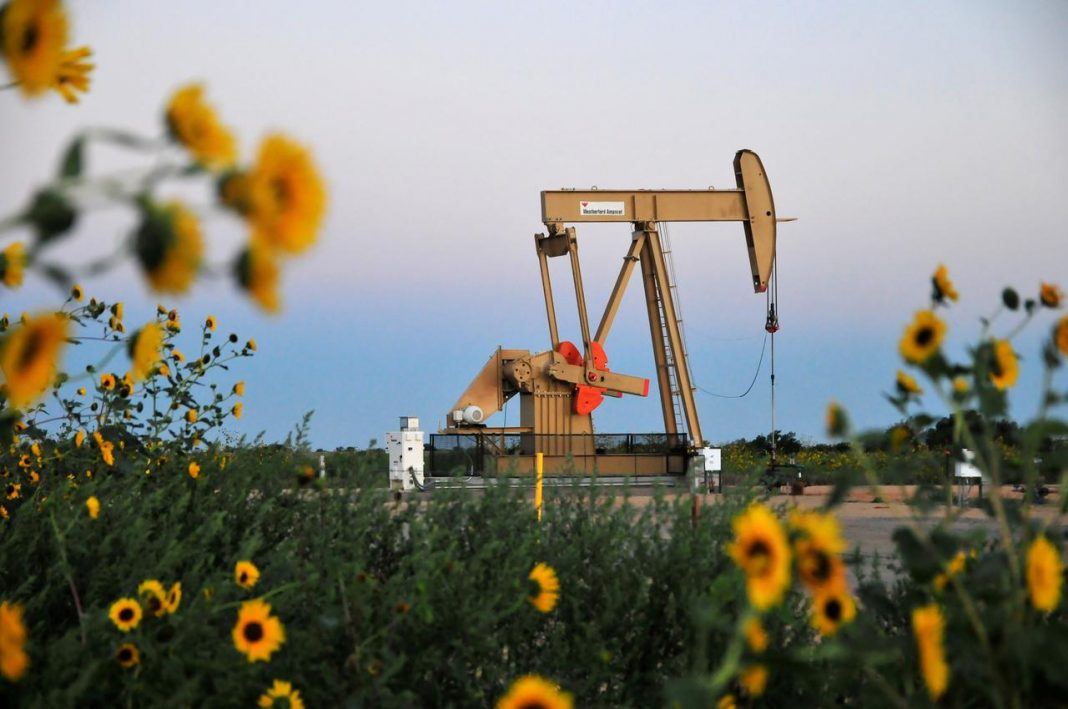 Oil prices came under pressure on Thursday from rising U.S. crude oil stocks and weak factory activity in China, with few bullish factors on the horizon.

U.S. West Texas Intermediate (WTI) crude futures were down 48 cents at $54.58. On the month, however, they are set for a rise of about 0.9%, its biggest monthly gain since June.

The front-month Brent contract for December delivery expires on Thursday. The one for January delivery was also down.

Factory activity in China shrank for a sixth straight month in October while growth in the country’s service sector activity was its slowest since February 2016, official data showed on Thursday.

A protracted trade war between China and the United States has been weighing on the demand outlook for oil.

Leaders from the United States and China encountered a new obstacle in their struggle to end the damaging trade conflict when the summit at which they were supposed to meet was canceled because of violent protests in host nation Chile.

A Reuters survey showed on Thursday that oil prices are likely to remain pressured this year and next. The poll of 51 economists and analysts forecast Brent crude would average $64.16 a barrel in 2019 and $62.38 next year.

Releasing third-quarter results, Royal Dutch Shell warned that uncertain economic conditions could slow its $25 billion share buyback program, the world’s largest, and had led to a downward revision to its oil price outlook.

The U.S. Federal Reserve cut interest rates for a third time this year on Wednesday, looking to bolster economic growth with a move that could also boost demand for crude.

Yet gains are likely to be capped until inventories start to show sustained declines.

U.S. crude inventories rose by 5.7 million barrels in the week to Oct. 25, the U.S. Energy Information Administration said on Wednesday, compared with analyst expectations for an increase of 494,000 barrels.

“The U.S. stock report was anything but encouraging,” PVM analysts said in a note.

The American Petroleum Institute had previously reported a decline of 708,000 barrels, raising hopes that official figures would also show a fall.