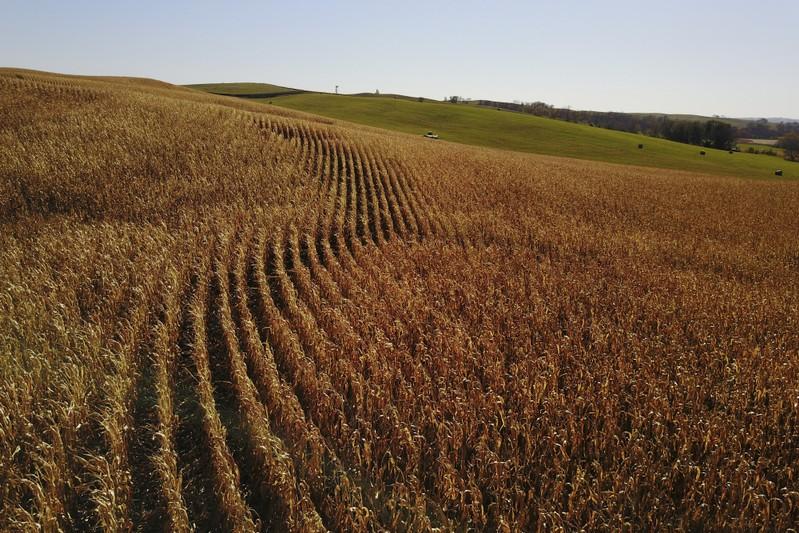 Excessive rains and an October snowstorm have stalled the harvest in the U.S. grain belt’s northern tier, one more blow to farmers already struggling with the effects of planting delays and a trade war that has pressured commodity prices.

The corn and soybean harvests are especially delayed in North Dakota and Minnesota – precisely the states suffering the most from the U.S.-China trade war due to their reliance on exporting to Asia through West Coast ports.

“It’s bad, I’m not going to lie. We have just been inundated with too much water,” said Daniel Younggren, who grows sugarbeets, soybeans and wheat in Hallock, Minnesota, near the North Dakota border.

Growers in the United States – the world’s biggest corn supplier and the second-largest soy exporter – expected a late harvest following rains that delayed planting across the Midwest last spring.

Nationwide, the corn crop was 41% harvested as of Sunday and soybeans were 62% collected, according to the U.S. Department of Agriculture. That is the slowest pace in a decade, and down from the five-year-average of 61% for corn and 78% for soybeans.

As the harvest drags on, farmers already stressed by tight profit margins will likely face extra costs for equipment repairs, diesel fuel and propane to dry stored grain that will not dry adequately in the field. The financial squeeze could be enough to push even more farmers out of business.

“It’s been getting tougher. This year, there is a lot of fear that it could be the ‘hammer year,’” said Andy Swenson, an agricultural economist with North Dakota State University (NDSU).