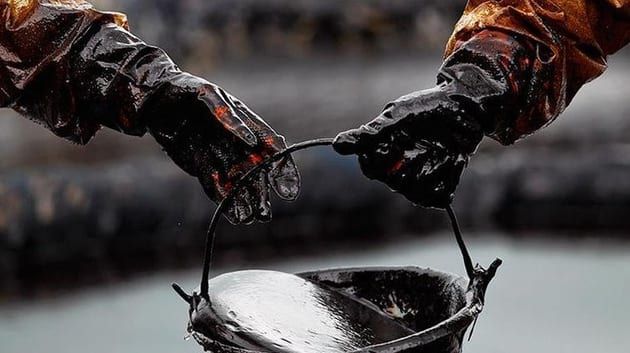 Crude oil prices failed to preserve last week’s bullish momentum and extended the retreat from one-month highs registered marginally above $62 on Monday. Brent dipped below the $60 handle overnight and makes shallow recovery attempts since then, finishing the week with decent losses.

Oil market volatility persists, which is not surprising, giving a number of contradictory factors and drivers that affect the prices at this stage. By the way, downside risks still prevail in the market, as traders are focused on trade-related developments and recession risks which in turn fuel concerns over the outlook for global oil demand. And the longer the US-China trade war lasts, the more sensitive the market becomes to any negative headlines from this front.

It is notable that US shale producers further show a remarkable resilience, with output remaining at record 12.6 million barrels per day despite a steady decline in the operating drilling rigs for eleven months in a row already. Last week, oil rigs plunged by 17, to 696, the lowest since April 2017. The fact that the US companies keep to produce shale oil at record levels, confirms the rising production efficiency in the country. On the other hand, further decline in the drilling activity could dent plans on new drilling. In the longer term, this may support oil prices at some point.

Apart from trade uncertainty, steady US oil production and recession concerns, the additional downside pressure on Brent comes from doubts in the ability of the OPEC+ group to make additional steps to support the market next year. By the way, OPEC oil output jumped nearly 700,000 barrels per day in October amid a swift recovery in the Saudi Arabian production from recent attacks.

On the positive side, oil traders are cheering the latest monetary policy easing by major central banks but it’s not enough to counter-balance all the bearish drivers mentioned above. Against this backdrop, the chances for a steady recovery from the current levels are low, and volatility will likely continue to unnerve investors unless the issue with the first phase of trade deal gets clearer.