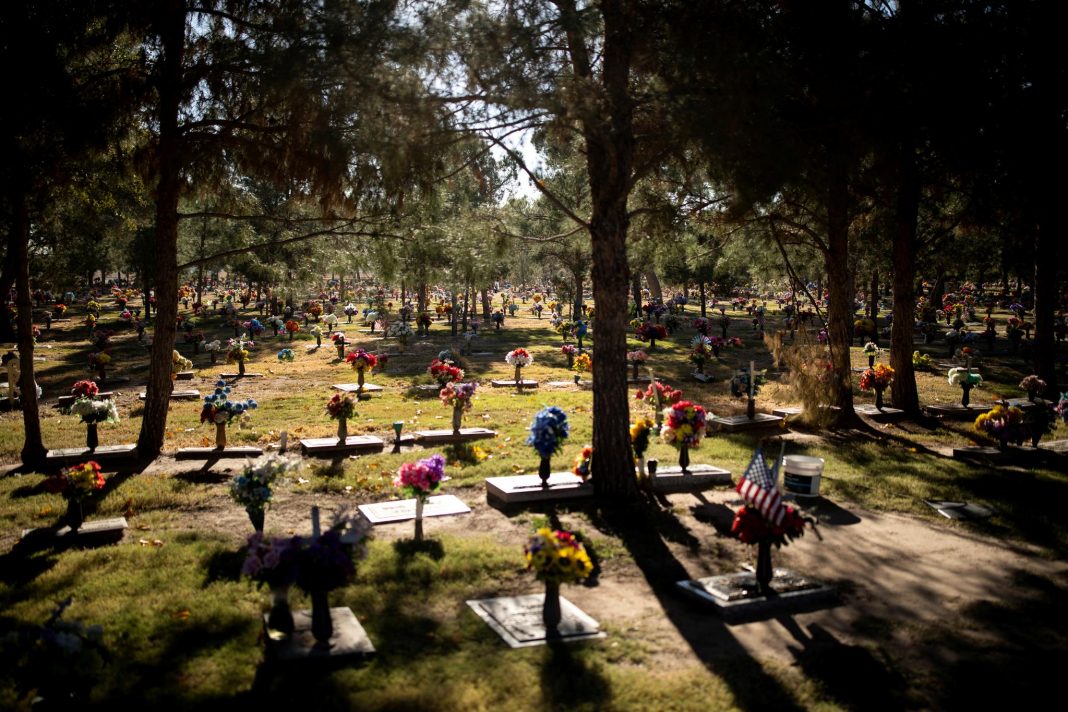 The United States on Wednesday crossed an ominous new threshold of more than 3,250 lives lost to COVID-19 in a single day, while public health officials stepped up preparations for a vaccine campaign of historic scope ahead of final regulatory review.

Steady movement toward a vaccine rollout on the eve of a critical review by leading U.S. medical experts comes as COVID-19 caseloads surged alarmingly higher, straining healthcare systems in some pandemic hot spots to the breaking point.

Intensive care units at hundreds of hospitals in cities and rural communities across the country were reported to be at or near capacity.

U.S. drugmaker Pfizer and its German partner BioNTech said on Wednesday that documents related to development of their COVID-19 vaccine had been “unlawfully accessed” in a cyberattack on Europe’s medicines regulator.

The European Medicines Agency (EMA), which assesses medicines and vaccines for the European Union, said hours earlier it had been targeted in a cyberattack. It gave no further details.

Pfizer and BioNTech said they did not believe any personal data of trial participants had been compromised and EMA “has assured us that the cyber attack will have no impact on the timeline for its review”.

India gears up for vaccine race

India, the world’s biggest vaccine maker, is getting set for a massive global blitz to contain the pandemic, with its pharmaceutical industry and partners freeing up capacity and accelerating investments even without firm purchase orders.

India manufactures more than 60% of all vaccines sold across the globe, and while its $40 billion pharmaceutical sector is not yet involved in the production of the expensive Pfizer and Moderna shots, the nation will play a pivotal role in immunizing much of the world.

Indian companies are set to produce eight, more affordable vaccines, including AstraZeneca’s Covishield, called the “vaccine for the world” by its developers.

Japan said on Thursday it would buy 10,500 deep freezers to store vaccines as it prepares for the “extraordinary task” of protecting its people, while Tokyo reported a record number of new infections.

Japan, with a population of 126 million, has agreements to buy a total of 290 million doses of vaccines from Pfizer, AstraZeneca and Moderna, or enough for 145 million people.

Pfizer’s vaccines need to be kept at around minus 75 Celsius (minus 103 Fahrenheit), and Moderna’s at about minus 20C, posing complex logistics challenges in rolling them out.

A passenger who tested positive for COVID-19 aboard a ‘cruise-to-nowhere’ from Singapore, forcing the ship to return to dock and nearly 1,700 guests to isolate, has been found not to have the virus.

Passengers on Royal Caribbean’s Quantum of the Seas vessel were held in their cabins for more than 16 hours on Wednesday after an 83-year old man, who sought medical help on the ship for diarrhoea, tested positive for COVID-19.

When the ship returned to port on Wednesday, the passenger was taken to hospital where he took two further tests which did not reveal infection. A third negative test on Thursday led authorities to declare him virus free.