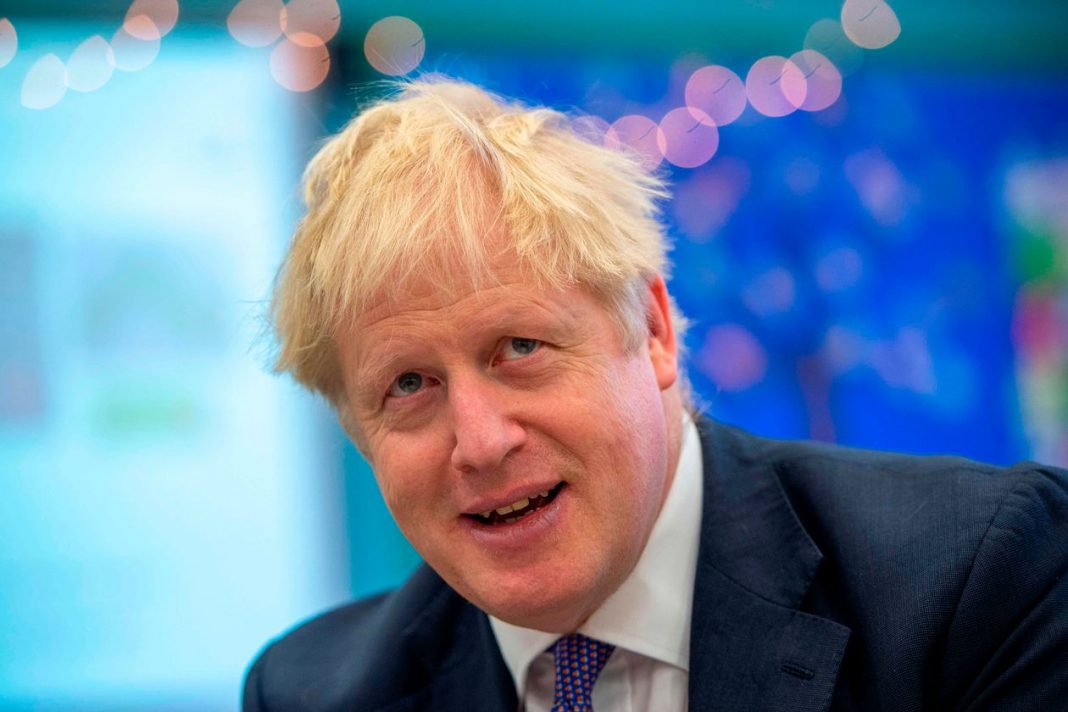 Boris Johnson is finally facing his Waterloo. As ABBA sang, he couldn’t escape it if he wanted to. The prime minister’s battleground won’t be on the road to Brussels, as it was for Napoleon Bonaparte, but on the road that leads through the voting booths and back to the House of Commons. Yet while his swagger may resemble Napoleon’s, his strategic position gives him the battlefield advantages of Wellington.

Napoleon could count on the loyalty of his guards; Mr. Johnson, less so. His minority government is pinned down in Parliament by a grand alliance of anti-Brexit factions, including the Conservative deserters who blocked his deal with the European Union. Despite having secured revised Brexit terms from Brussels in his first 100 days in office, Mr. Johnson is all but certain to overshoot the already delayed deadline of Oct. 31.

Though Mr. Johnson averred six weeks ago that he’d rather be “dead in a ditch” than extend Brexit negotiations, lawmakers have forced him off the road, obliging him to request an extension from Brussels, and twice preventing him from rallying new parliamentary forces by calling a general election. Jeremy Corbyn, the far-left fanatic who leads the Labour Party, insists that this delay and obfuscation is for the nation’s good. The British said much the same to Napoleon when they exiled him to the island of Elba. As Napoleon broke out and made a dash for Brussels, so Mr. Johnson is now trying to do the same.

On Thursday, Mr. Johnson announced that he will call for a general election on Dec. 12. Reculer pour mieux sauter: Retreat so as to advance better, after winning a majority in the House of Commons from a public that has had enough of Brexit delay and uncertainty. Mr. Johnson might have lost most of the recent skirmishes, but he has managed to do one better than his predecessor, Theresa May, by pushing the legislative foundations for Brexit through the Commons.

The polls and public mood are in Mr. Johnson’s favor. A late-September survey found that Mr. Corbyn is the most unpopular leader of the opposition in 45 years. One early October survey showed Mr. Johnson leading Mr. Corbyn 43% to 21%. Another showed the Conservatives leading Labour 38% to 23%, with 60% of those who voted Leave in the 2016 Brexit referendum now supporting the Conservatives.

Mr. Johnson also has the EU on his side. Mrs. May was outgunned for two years by an anti-Brexit EU and the pro-Remain Parliament, which rejected her deal three times. Now, with Brexit uncertainty threatening to disrupt a stagnating Eurozone economy, Mr. Johnson and the Europeans are forming alliances of necessity. The EU is willing to extend the U.K.’s membership to Jan. 31, the House of Commons’ new preferred date. Mr. Johnson would rather the extension be as short as possible, perhaps only to Nov. 15. So does France’s President Emmanuel Macron, who wants to get past Brexit and get on with building the European superstate.

Down the road, the deal awaits ratification only by the London Parliament. Ireland’s Leo Varadkar has already endorsed it; that should placate House Speaker Nancy Pelosi, who recently threatened to block a U.S.-U.K. free-trade deal in the event a hard border springs up between Northern Ireland and the Irish Republic. But the length of that road remains unclear while the EU leaders haggle over the extension period. And no European show is over until Angela Merkel sings. Like Wellington at Waterloo, Mr. Johnson awaits German reinforcements to shift the balance of forces in his favor.

The real obstacle to getting Brexit over the line isn’t intra-European differences. It’s Mr. Corbyn, who opposed the EU for decades as a capitalist conspiracy. Now, however, he opposes Mr. Johnson’s deal, claiming that it undermines the EU’s labor and welfare laws. Apart from placing party antagonism over the national interest, Mr. Corbyn fears a general election that will expose Labour’s divisions over Brexit and culminate in a battering for his party.

Mr. Johnson, meanwhile, is a posh populist and expert tickler of the national funny bone. If he can get to the voting booths—with or, as seems more likely, without the House of Commons’ approval of his Brexit deal—then he has a strong chance of returning to Westminster with a majority government. Mr. Corbyn can slow his advance. On Friday Labour whips were erecting a new set of specious roadblocks, and ordering Labour members of Parliament either to abstain or oppose in the vote for a general election. But they won’t be able to delay the election forever.

Mr. Johnson’s task is formidable. Labour will do its utmost to thwart him, the Remainers will continue to demand a second referendum, and the election campaign is sure to be a fight to the death. But then Brexit always was going to be, as Wellington said after Waterloo, the “nearest-run thing you ever saw in your life.”