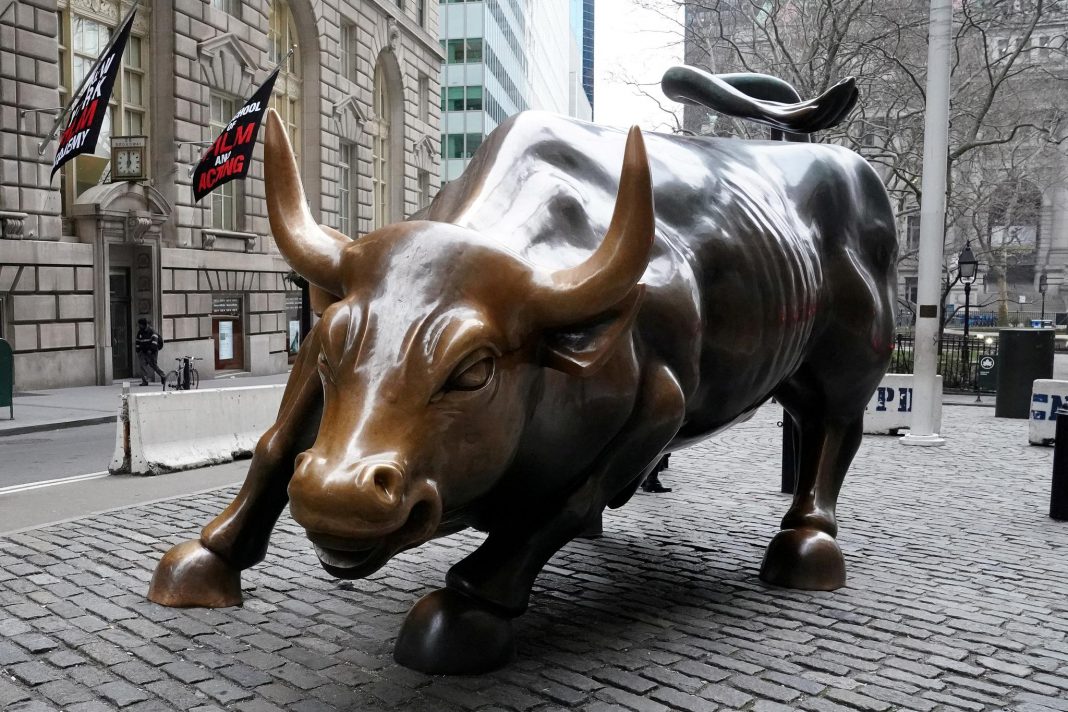 Futures tracking the S&P 500 and the Nasdaq were at record levels on Monday as President Donald Trump’s move to sign into law a long-awaited $2.3 trillion pandemic aid bill bolstered bets on a vaccine-led economic recovery.

In a sudden reversal late on Sunday, Trump backed down from his earlier threat to block the bill, restoring unemployment benefits to millions of Americans and averted a federal government shutdown.

Airline shares were among the top gainers as the payroll aid is expected to provide some relief to the battered sector. United Airlines and American airlines surged more than 3% each in premarket trading, while Delta Air lines rose 1.06% and Southwest Airlines added 1.88%.

Bank stocks were up about 1%, with Wells Fargo and Goldman Sachs leading gains.

Democrats in the U.S. Congress on Monday will put to vote a proposal for higher pandemic relief payments for Americans, although it appears unlikely to gain traction in the Republican-controlled Senate.

Fueling the global appetite for risk, Britain and European Union clinched a lean post-Brexit trade deal on Thursday, while the launch of a mass COVID-19 vaccination drive in Europe over the weekend added to the upbeat mood.

Bets on a vaccine-led economic recovery and scores of fiscal and monetary stimulus have set the S&P 500 on course to rise about 15% this year with technology mega-caps such as Apple Inc and Amazon.com Inc accounting for the bulk of those gains.

Tech stocks lost some fizz in recent weeks as less-loved parts of the market such as energy, financials and small caps took center stage on hopes of an economic rebound. Investors are also weighing their bets on U.S. technology stocks in the coming year against the backdrop of pricey valuations and regulatory risks.

U.S.-listed shares of Alibaba Group fell 1.2%, extending Thursday’s loss of 13.34% after China launched an anti-trust probe into the company.

Shell to trial use of hydrogen fuel cells for ships in...