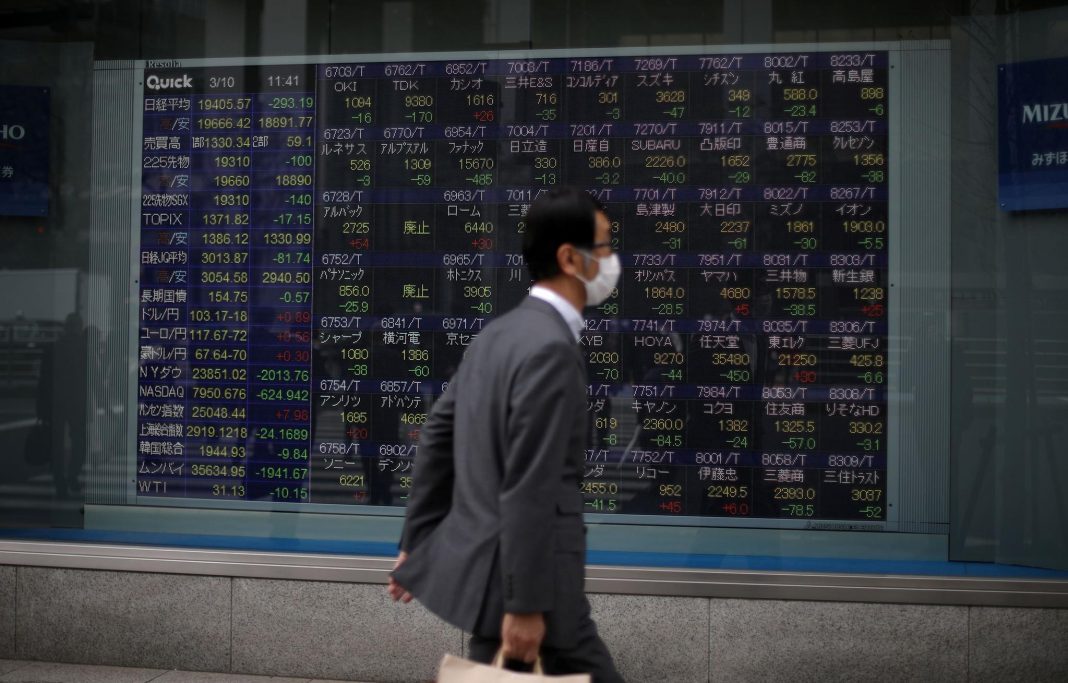 Global shares rose for the fourth straight day on Tuesday and oil followed suit as hopes of fresh U.S. stimulus teed up a strong end to the year for riskier assets.

The MSCI World Index was up 0.3% at 0751 GMT, extending recent gains after gains in Asia, where Japanese stocks hit a 30-year high. MSCI’s broadest index of Asia-Pacific shares outside Japan rose 0.45%.

Early gains in Europe were broad-based, with all major indexes rising, led by Britain’s blue-chip shares. They rose on their first day of trading since the Christmas Eve agreement of a trade deal with the European Union.

The FTSE 100 rose 1.5% in early deals, on course for its fourth straight day of gains, led by drugmaker AstraZeneca on news its COVID-19 vaccine is set to be granted emergency use approval within a few days.

The launch of the EU’s vaccination programme, hoping to end the widespread lockdowns that have stalled economies across the bloc, also bolstered risk appetite, led by beaten-down travel and leisure stocks, up 2.4%.

U.S. stock futures also point to a 0.5% higher open on Wall Street later in the day, underpinned by hopes a $2.3 trillion stimulus package signed into law by President Trump on Sunday will be approved by the Senate.

The package covers $1.4 trillion in spending to fund government agencies and $892 billion in COVID-19 relief, including $2,000 relief cheques to help cushion the economic impact of the pandemic.

The prospect of higher demand helped boost oil prices with Brent crude futures and U.S. West Texas Intermediate both up around 1.2%.

“With the Brexit … and the U.S. stimulus deal now in the rear-view mirror, there is a sense of relief that we have avoided the respective worst-case scenarios,” said Stephen Innes, chief global market strategist at Axi, a broker.

Demand for riskier assets weakened the U.S. dollar, which is often seen as a safe-haven asset. It was down 0.3% against a basket of currencies and eyeing the 18-month low hit in November.

Shorting the dollar has been a popular trade. Calculations by Reuters based on data released by the Commodity Futures Trading Commission on Monday suggested that trend would persist. Short positions on the dollar swelled in the week ended Dec. 21 to $26.6 billion, the highest in three months.

Elsewhere across FX, sterling rose 0.4% against the dollar, reversing two days of losses. The euro climbed for the third day in a row, up 0.3%.