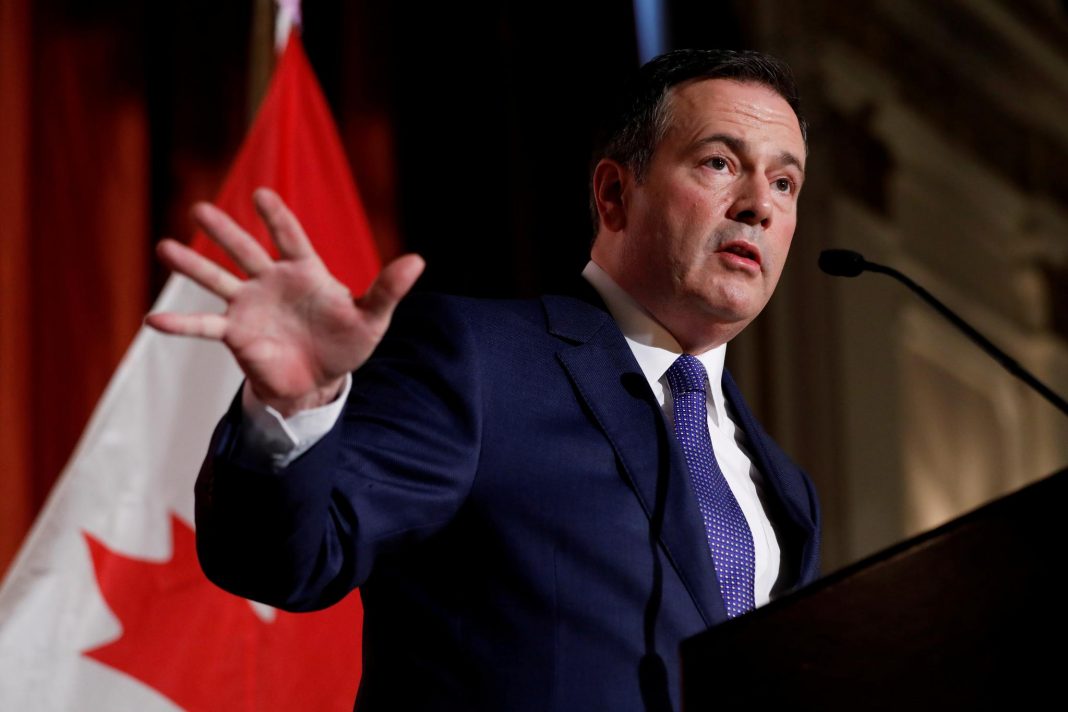 The premier of Canada’s oil-producing province Alberta is losing popularity as the pandemic deepens its economic woes, highlighting the big pipeline bet that Jason Kenney has riding on the U.S. election.

The Alberta-to-Nebraska pipeline would widen the province’s often-constricted export channels and boost prices, but TC has failed for more than a decade to complete it over objections from U.S. tribes, landowners and activists.

It faces a potentially fatal blow if Democratic presidential nominee Joe Biden, leading in polls, wins the White House on Nov. 3. President Donald Trump revived the project in 2017 after his predecessor Barack Obama had cancelled it on environmental grounds.

“People are going to say, ‘why on Earth would you put this kind of money down on a bet that had probably more than a 50% chance of losing?’” she said.

In September, an Angus Reid poll put Kenney’s United Conservative Party even with the opposition New Democrats at 38% support.

Other premiers have enjoyed popularity boosts during the pandemic, but discontent runs deep in Alberta, where the oil economy has struggled since 2014, a senior Alberta government source said.

“That old gilded age of making money hand over fist, that hasn’t come back,” said the source.

The KXL deal, which aims to help restore the sector’s fortunes, has left Albertans in the dark about how financially exposed they are if it fails to proceed, said Rachel Notley, leader of the New Democratic Party.

“This was a backroom deal that was not constructed to protect Alberta taxpayers’ interests,” she said.

Spokespersons for Kenney and Alberta’s energy ministry did not answer questions about what happens to the province’s investment if Biden halts KXL.

“The alternative to Alberta stepping up for the pipeline was seeing TC Energy walk away from the project,” said Kavi Bal, spokesman for Alberta’s energy minister.

Kenney was not available for comment. Speaking to reporters on Oct. 15, he said he was hopeful U.S. unions and legislators will convince Biden to support KXL.

Two other export pipeline expansions are advancing, reducing the urgency for KXL.

“Every time Kenney adds to his list of failures, it adds more supporters to our party,” said Patrick Reilly, executive director of the Alberta Independence Party, which holds 7% support, according to Angus Reid.

Kenney, elected in a landslide last year on hopes that he could rescue the oil sector, faces re-election in early 2023.

Such hopes are scarce during a pandemic that has crushed oil demand and forced companies to lay off thousands – other than in Oyen, Alberta.

In Oyen, population 1,000, some 500 pipeline workers are building the Canadian leg of the 1,947-km (1,210-mile) pipeline. They have filled hotels and rented basement suites, and pumped cash into bars and restaurants, even as the rest of the province struggles, said Mayor Doug Jones.

“It’s as if nothing has happened with the economy,” Jones said. “We just kept on going and in fact it’s increased.”

If Biden halts KXL, however, its Canadian leg may stop at the border.

TC Energy spokesman Terry Cunha did not comment on the Canadian line’s future.

Kenney’s drop in support has some predicting he will amplify tensions with Prime Minister Justin Trudeau, who is deeply unpopular in Alberta.

A federal government source said it is not paying much attention to Kenney’s recurring criticism, focusing instead on the pandemic.

“Kenney’s support is definitely softening,” said Janet Brown, an independent Calgary pollster. “I think (he) feels that it’s time to go back to the more strident approach.”