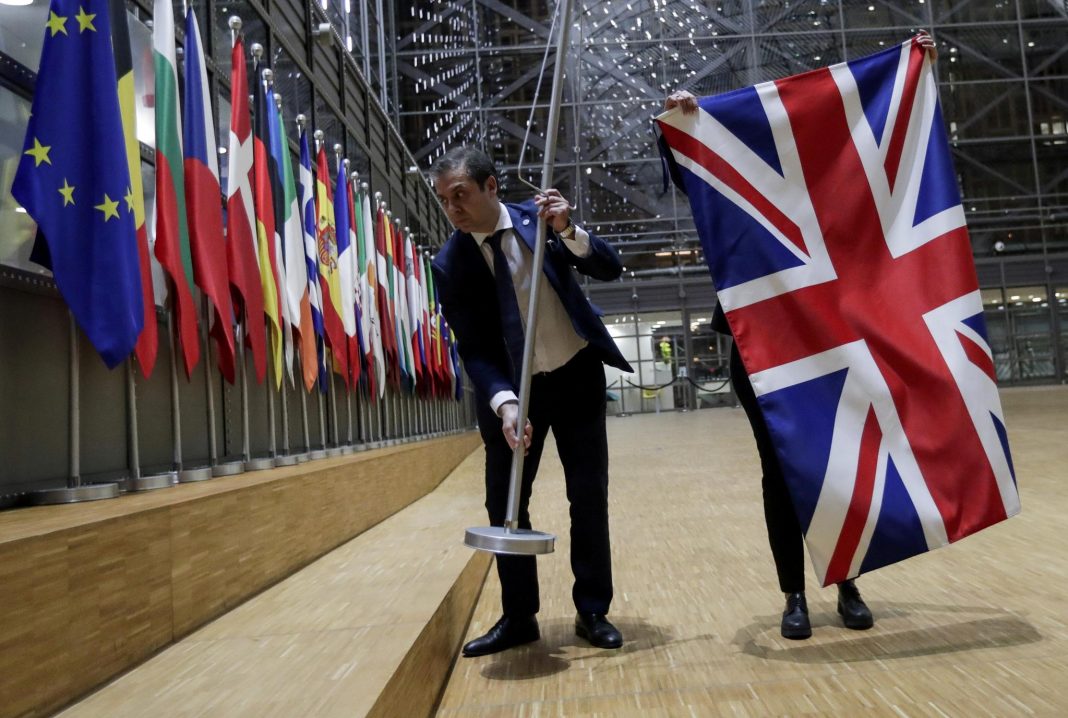 The European Union and Britain are set to prolong Brexit talks past a mid-October deadline to try bridge persistent gaps holding up a new agreement, according to sources and documents.

As the year-end deadline approaches to put in place a new trade agreement with Britain, EU leaders meeting on Thursday and Friday will tell their Brexit negotiator to step up talks to get a deal by Jan. 1, 2021, according to a draft summit decision seen by Reuters.

UK negotiator David Frost is then due to tell Prime Minister Boris Johnson if he thinks it is worth continuing the tortuous negotiations and whether a deal on everything from trade to transport and energy cooperation is possible.

A source close to the talks, who spoke under condition of anonymity, said Frost would say a deal was difficult but not impossible if both sides keep talking and work intensively in the coming weeks.

The EU summit is expected to conclude that progress in talks with Britain is “still not sufficient” to seal a new trading pact now and will also step up preparations for an abrupt split without a deal to avoid trade tariffs or quotas from 2021.

EU leaders would also tell Britain it must implement in full its earlier Brexit divorce treaty.

This refers to a bill going through the UK parliament that would give the government the power to break that agreement – a measure London says is necessary to protect trade between Northern Ireland and the rest of the United Kingdom if talks with the EU fail.

The bloc says, however, it would not implement any new trade deal with Britain if it fails to honour its earlier commitments.

“It is in the interests of both sides to have an agreement in place before the end of the transition period,” EU summit chairman Charles Michel said in a invitation letter to leaders.

“This cannot, however, happen at any price. The coming days are decisive. Key issues include, in particular, the level playing field, fisheries and governance,” he said.

These three areas, covering guarantees of fair competition, including on state aid, fishing rights and dispute settlement procedures, have long been the main sticking points, although some progress has been made in recent weeks.

Johnson is due to discuss next steps in a call with European Commission President Ursula von der Leyen at 1830 GMT.

The source who spoke of Frost’s assessment said talks so far had clarified potential agreements on issues from aviation and road haulage to energy cooperation and future coordination of social benefits.

Gaps have narrowed on trade in goods and services though these still lacked precise agreements on technical detail including deisgnations of origin on products, the source said.

On corporate subsidies, London wants to have two separate, if related, sets of rules, while the EU is pushing for more detailed joint provisions to govern future state aid.

The sides remain fundamentally apart on fisheries despite some efforts to come closer, according to the person, who said, however, that time has not run out yet entirely to win an accord.

Johnson previously said he wanted clarity on next steps by Oct. 15 and the EU has stressed a deal must be agreed this month to leave time for ratification by the European Parliament.

However, EU diplomats have told Reuters the bloc could negotiate until mid-November to avoid being blamed if the talks fail.

Neither the EU nor the source who described Frost’s thinking set a new firm deadline other than saying a deal was needed from 2021.