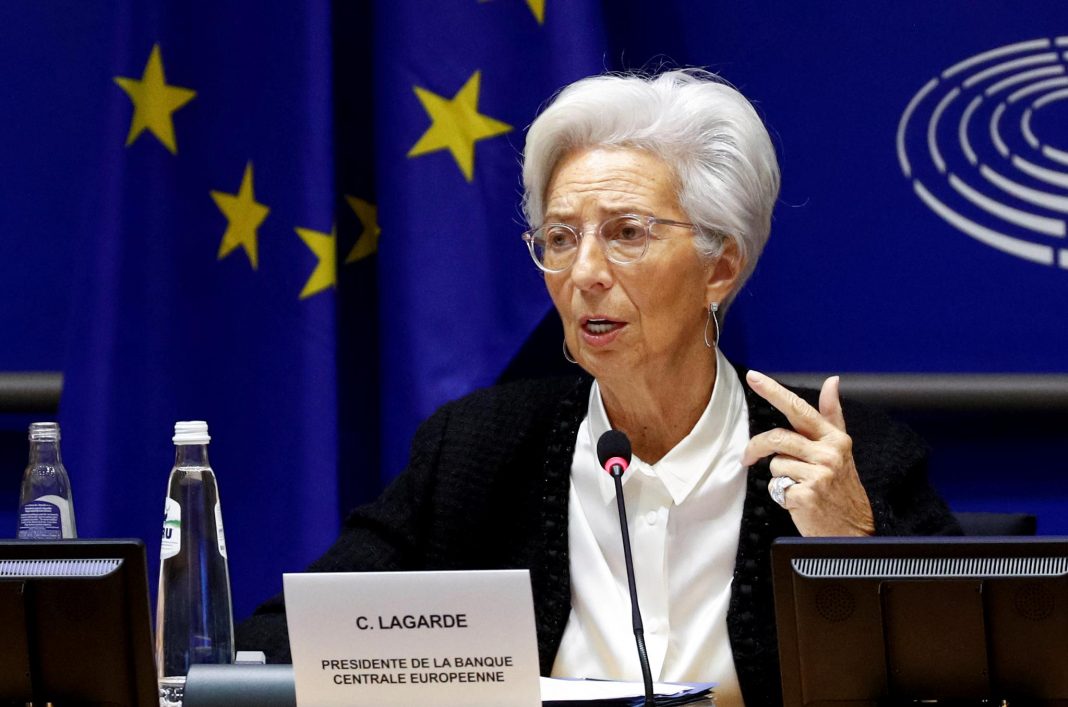 European Central Bank President Christine Lagarde set the scene on Wednesday for changing the ECB’s strategy to align it with that of the Federal Reserve, possibly including a commitment to let inflation overshoot after it has been low for too long.

Inflation in the euro zone has missed the ECB’s target, currently set “below but close to 2%” for years despite increasingly aggressive stimulus from the central bank, which has pushed its main interest rate below zero and bought more than 3 trillion euros ($3.51 trillion) worth of assets.

In her first update on the ECB’s ongoing review of its strategy, Lagarde also opened the door to giving the central bank less time to achieve its elusive goal.

The ECB is widely expected to follow in the footsteps of the Fed, which said last month it would aim for 2% on average, so that periods when prices grow too slowly need to be compensated by times of faster increases, and vice versa.

“If credible, such a strategy can strengthen the capacity of monetary policy to stabilise the economy when faced with the lower bound,” Lagarde told an event.

Unlike the Fed, which has a dual role of achieving maximum employment and stable prices, the ECB’s sole goal is price stability over an unspecified “medium-term”.

But Lagarde called this mandate “hierarchical”, arguing that a flexible definition of medium term allowed it to avoid tightening policy and “unnecessarily constricting jobs and growth” in case of a temporary shock.

On the other hand, she added that the ECB’s persistent failure to meet the inflation target could feed into inflation expectations and would therefore “call for a shorter policy horizon”.

Both arguments would imply that the ECB needed to continue or even ramp up its aggressive stimulus policy as inflation is expected to lag its target for years to come.

Lagarde added the ECB needed to keep track of housing costs, which have risen in richer euro zone countries such as Germany, while also complementing its analysis with measures of core inflation and indicators of financial stability.

Speaking at the same event, called The ECB and its Watchers, ECB policymaker Jens Weidmann seemed to pour cold water on too ambitious a review of its mission.

The review resumed this month after a six-month break due to the coronavirus pandemic and is expected to last a year, although updates on the new definition of the ECB’s inflation objective could come much sooner.