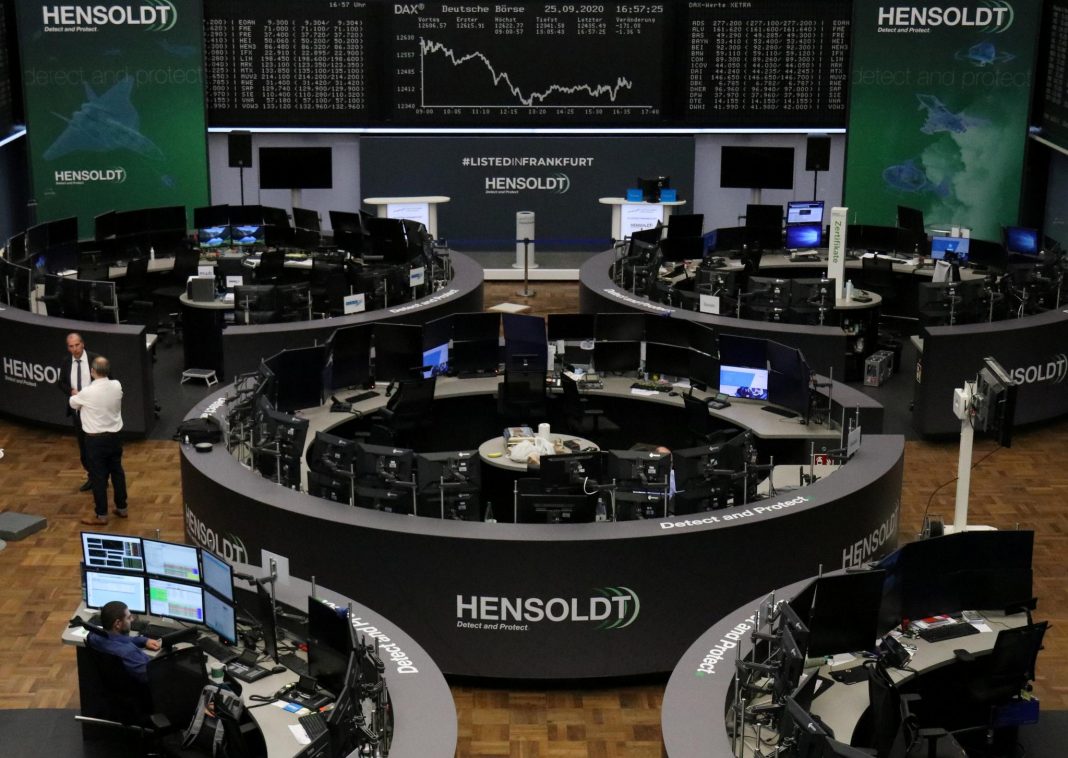 European stock markets opened lower on Tuesday as a rebound in the previous session fizzled out, with investors remaining cautious ahead of the first U.S. presidential debate.

The pan-European STOXX 600 .STOXX 600 slipped 0.5% in early deals after recording its biggest single-day gain in three months on Monday.

Growth-sensitive sectors such as banks .SX7P, automakers .SXAP and travel & leisure .SXTP, were down between 1.0% and 1.4% and led the declines as the global death toll from COVID-19 pandemic crossed 1 million, according to a Reuters tally.

While there were some signs of progress in talks over a fresh U.S. coronavirus relief bill, investors were mostly in a wait-and-see mode as U.S. Democratic presidential nominee Joe Biden and President Donald Trump looked set to square off in their first debate in Cleveland, five weeks before the election.

British plumbing parts distributor Ferguson FERG.L jumped 6.3% as it restored its dividend after a series of cost-reduction measures and resilience in its main U.S. business helped it report a 4.1% rise in annual profit.