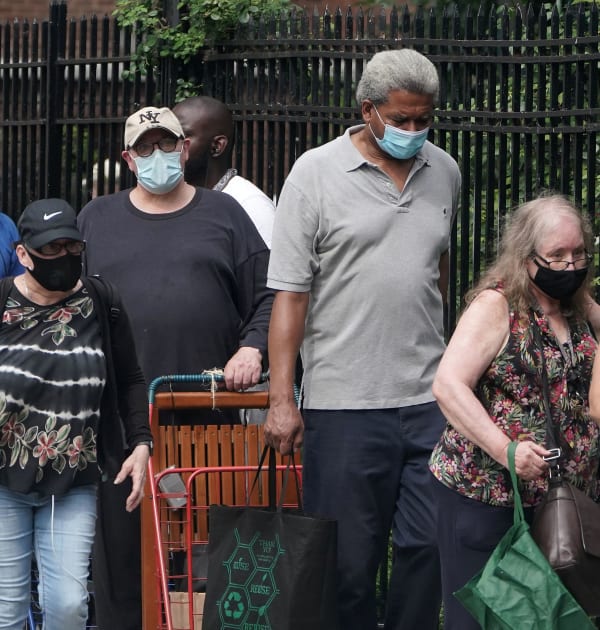 The number of first-time filers for unemployment benefits were slightly higher than expected last week as the labor market continues its sluggish recovery from the coronavirus pandemic.

The Labor Department reported Thursday that initial jobless claims for the week ending Sept. 19 came in at 870,000. Economists polled by Dow Jones expected first-time claims at 850,000, down slightly from the previous week’s 860,000.

“Bottom line, we have a mix of people going back to work because they are now greater incentivized to do so without the extra $600 per week and those that are still challenged in finding a job that matches their skills in this unfortunate pandemic landscape,” said Peter Boockvar, chief investment officer at Bleakley Advisory Group. He was referring to the expiration this summer of the $600 a week in supplemental benefits paid to people who lost their jobs during the coronavirus pandemic.

New York and Georgia saw the biggest week-over-week increases in initial claims, the department said. Claims in New York jumped by more than 9,000 last week and first-time filers in Georgia rose by more than 6,000.

Thursday’s data comes as U.S. lawmakers struggle to move forward with a new fiscal stimulus package, something economists and the Federal Reserve argue is needed for the economic recovery to continue.

On Wednesday, Fed Chairman Jerome Powell called for more fiscal support, telling lawmakers: “We’ve come a long way pretty quickly, and that’s great. But there’s a long way to go. So I just would say we need to stay with it, all of us. The recovery will go faster if there’s support coming both from Congress and from the Fed.”

“Claims, arguably the most important high frequency data point currently, missed expectations and moved up,” Evercore ISI analyst Dennis DeBusschere said in a note. “Net net, with the Fed diminishing its own credibility by continually emphasizing the ineffectiveness of monetary policy and begging for fiscal support, weaker data will have a big impact on risk assets.”

Continuing claims, which include those receiving unemployment benefits for at least two straight weeks, decreased by 167,000 to 12.58 million during the week ending Sept. 12. Continuing claims data is delayed by one week.