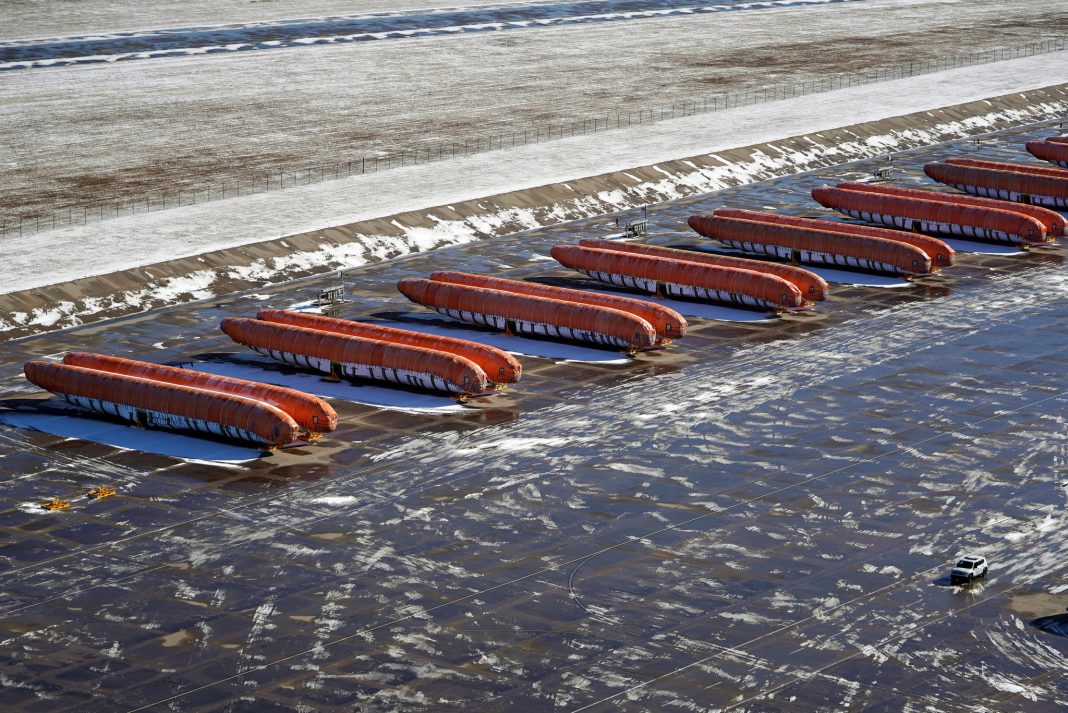 Boeing made a decision on Monday that the company had long resisted: to temporarily stop producing its most popular passenger jet, the 737 Max, which has been grounded for nine months in the wake of two crashes that killed 346 people.

The impact of that decision is stretching far beyond Boeing’s headquarters in Chicago and its giant production facility in Renton, Wash., rippling through the worldwide aerospace supply chain from California to Kansas, Britain to France. For Boeing’s vast network of suppliers, the announcement made real what they had dreaded — a suspension of unknown length that could force some of them to scale back production and even lay off workers.

“The uncertainty around the airplane is a challenging thing at the moment,” said Phil Anderson, who runs a small aerospace supplier that has facilities in Wichita, Kan., and depends on the Max for 50 percent of its annual revenue. “All the options are on the table.”

Boeing purchases the parts that go into the Max from 600 companies, including major corporations like General Electric, which supplies engines for the airplanes, and lesser-known manufacturers that specialize in components like lighting systems and seats.

Those manufacturers, many of which depend on Boeing for much of their business, span the world. Safran, a French company that manufactures engines for the Max in partnership with G.E., plans to cut production in response to the suspension, making enough material for 15 planes a month, down from 42.

“We are in a crisis mode,” Philippe Petitcolin, the company’s chief executive, told the French newspaper L’usine nouvelle. “Any day we do nothing now costs us money.”

Boeing is also the largest customer of the aerospace unit of Senior Plc, a British company whose California-based subsidiary makes tubing for the Max. Spirit AeroSystems, an $8 billion company based in Kansas that manufactures the plane’s fuselage, relies on Boeing for 80 percent of its revenue. And the grounding of the Max has strained G.E.’s finances, reducing its cash flow by $400 million per quarter, company officials said in August.

The full reach of Boeing’s production process extends beyond those direct suppliers. A company that produces seating or fuselage for its planes might purchase material from several other companies, resulting in a network of as many as 8,000 suppliers, according to industry experts, though not all of them provide material for the Max. While Boeing is not planning to lay off any of the 12,000 workers building the Max in Renton, employees at some suppliers will likely face salary cuts, furloughs or layoffs.

It remains unclear how exactly the Max suspension will affect each company in that network. Boeing announced that the suspension would begin in January but did not say how long it would last. And the company plans to continue buying parts from some major suppliers, though probably at a reduced rate. A Boeing spokesman said the company was reviewing how much support it would provide to individual contractors on a case-by-case basis.

“People don’t know what staff to keep on — how many do I need to hire, do I need to think about firing people, how do I think about retention,” said Carter Copeland, an aerospace expert at Melius Research. “It’s a series of equations that each individual company is trying to manage.”

For the most part, aerospace experts say, major suppliers that manufacture materials for other companies in addition to Boeing should be equipped to weather the suspension, while smaller operations with fewer customers will struggle. But a halt to production that lasts longer than a month could put even those larger companies in peril.

“If it goes two or three, this is going to hurt like hell,” said Paul Weisbrich, an investment banker at D.A. Davidson & Co. who specializes in the aerospace industry. “There will be layoffs, there will be people put on the street.”

Boeing has already announced more than $8 billion in charges related to the Max crisis, a figure that is expected to rise significantly. And in many ways, halting production of the plane makes financial sense for the company as it awaits clearance from regulators to get it back in the air.

The current production rate costs Boeing about $2 billion a month, according to a J.P. Morgan report. The halt will bring those costs down, the report said, though the company will likely continue to burn around $1 billion per month.

This is not the first time that the uncertain status of the Max has disrupted Boeing’s suppliers.

The company said in April that it would slow production of the Max from 52 airplanes a month to 42. In response, the chief executive of Spirit AeroSystems, Tom Gentile, told investors the company would freeze some hiring, reduce overtime and decrease its use of contractors. And in June, Spirit moved about 6,000 employees in Kansas and Oklahoma to a four-day workweek, resulting in a 20 percent pay cut that lasted until the end of August.

“Everybody weathered the storm pretty successfully, but it’s still a loss that won’t be recouped,” said B.J. Moore, a regional director for the Society of Professional Engineering Employees in Aerospace, a union that represents workers at Spirit.

Mr. Moore said Spirit had not told employees how it would respond to Boeing’s decision to suspend production of the Max. A spokeswoman said the company was “working closely with our customer to determine what that means for Spirit.”

Just as aerospace parts flow from one supplier to the next, so too do the crucial decisions about how to manage a break in production. Mr. Anderson’s company, HM Dunn AeroSystems, supplies metal structures that go into the fuselage that Spirit sells to Boeing. A team of around 50 workers produce parts designed for the Max, and Mr. Anderson said he was waiting to hear from Spirit before he decided how to deploy that work force in the coming weeks.

“When they determine their course of action, they’ll bring in their supply chain, and we’ll talk about how we manage it together,” Mr. Anderson said. “We’ll contemplate furloughs, we’ll consider shortened workweeks.”

Many Boeing suppliers have been preparing for this moment for months. Mr. Anderson said he started mapping out possible adjustments to the production process as early as April. At the Paris Air Show in June, the president of G.E.’s aviation division, David Joyce, said the company “modeled four, five scenarios literally a week,” according to The Wall Street Journal.

Still, while the stakes are high for Boeing and its suppliers, the broader economic impact of the suspension is likely to be limited.

“It might shave a tenth or two of G.D.P. growth because of the lost production,” said Mark Zandi, chief economist at Moody’s Analytics. “But in the grand scheme of things it’s not going to change the trajectory of the economy.”

Some Boeing suppliers said that the suspension of Max production would not have a major effect on their bottom lines. A spokesman for Honeywell, which provides weather radars and cockpit advisory systems to Boeing, said the company did not expect “a significant financial impact” from the grounding of the Max.

Senior Plc, the British manufacturer, did not respond to a request for comment. A G.E. spokeswoman said the company was working to mitigate the impact of the suspension while “protecting the company’s ability to accelerate production as needed in the future.”

With the exact terms of the suspension still unclear, many factory workers and suppliers are simply waiting to learn more. “Right now, everyone’s in that mode of getting through the holiday and seeing what’s on line in 2020,” said Mr. Moore, the union official. “Until you find out, nobody knows.”