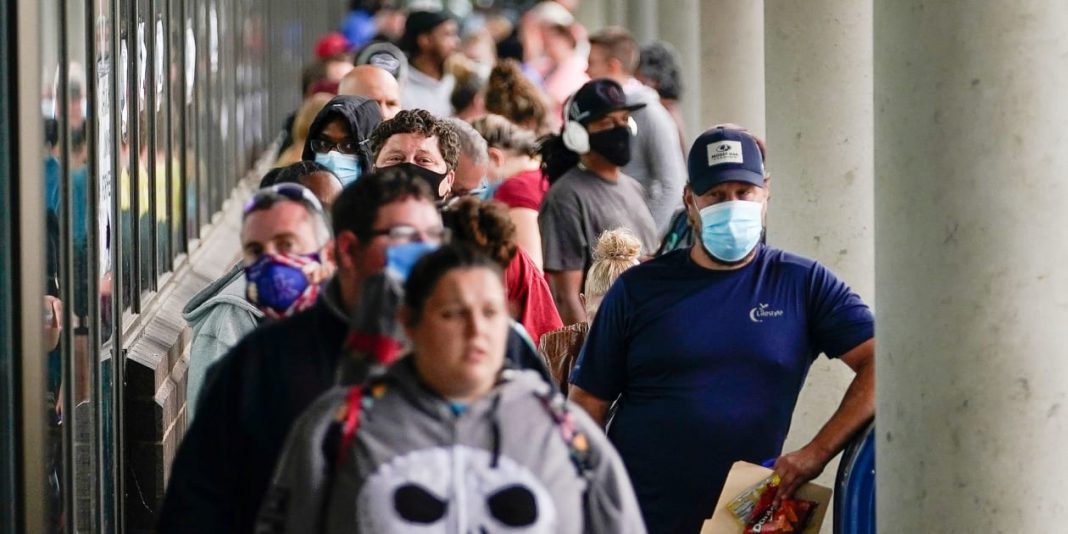 The number represents a modest downshift in claims, which had hit a peak of 6.9 million in late March as the economy shut down to try to slow the coronavirus pandemic. Since then, the labor market has recovered though millions remain displaced from job closures associated with the virus measures.

The beat on claims had little impact on financial markets, with Wall Street opening sharply lower.

Mohamed El-Erian, chief economic advisor at Allianz, tweeted that the numbers were “at pace below what’s both needed and possible” even though first-time and continuing claims topped estimates.

Claims had remained above 1 million a week through late August. Earlier in September, the Labor Department changed the way it adjusted for seasonal factors to account better for the influence the virus measures have had on the economy.

The economy faces new challenges now after a summer of strong employment growth. Economists and health-care professionals worry that a resurgence in Covid-19 cases could stall or reverse the gains the economy has seen in recent months.

Another piece of good news was a decline in continuing claims, which fell 916,000 to 12.63 million, compared with the 13 million consensus from FactSet. The four-week moving average for continuing claims dropped by 532,750 to 13.5 million. Continuing claims peaked at 24.9 million in early May.

Economists worry that the end of government assistance to unemployed workers that provided an extra $600 a week on top of what they normally would receive in benefits would exacerbate the problems in the jobs market. However, the pace of claims is continuing to fall, though the total still is considerably above anything the U.S. had seen pre-pandemic.

The total receiving benefits, which runs a week behind the headline claims number, actually edged higher for the week ended Aug. 29, to 29.77 million, according to unadjusted numbers. At the same time, those receiving benefits under the Pandemic Unemployment Assistance program, which is open to those who normally wouldn’t be eligible, fell sharply to 658,737 for the current week, a drop of 209,577.

The claims data accompanied some disappointing numbers in housing, which has been on a tear for much of the summer. Housing starts fell 5.1% due to a slump in multifamily construction. Single-family starts, a far larger part of the housing market, jumped 4.1%. Permits fell 0.9% overall, but those for single family surged 6% against a slump of 14.2% in multifamily.