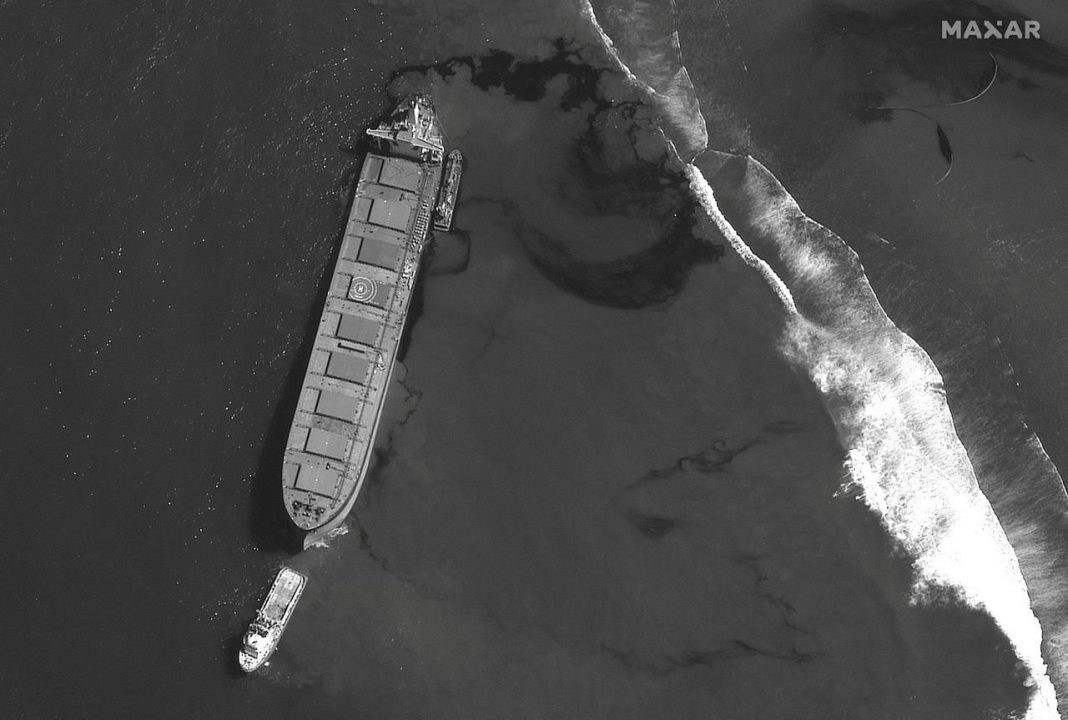 Mauritians are making floating booms of human hair and leaves in a round-the-clock scramble to mop up oil leaking from a grounded Japanese ship onto their pristine Indian Ocean beaches.

The MV Wakashio, owned by the Nagashiki Shipping Company and operated by Mitsui OSK Line, began oozing fuel into turquoise sea waters last week after hitting a reef off the island.

Mauritius has declared a state of emergency and former colonial ruler France has sent aid in what environmental group Greenpeace said could be a major ecological crisis.

Romina Tello, 30-year-old founder of eco-tourism agency Mauritius Conscious, spent the weekend helping clean black sludge from mangrove swamps. She said Mauritians were making booms to float on the sea out of sugar cane leaves, plastic bottles and hair that people were voluntarily cutting off.

“Hair absorbs oil but not water,” Tello explained by phone. “There’s been a big campaign around the island to get the hair.”

Videos online show volunteers sewing leaves and hair into nets to float on the surface and corral the oil until it can be sucked up by hoses.

Diving centres, fishermen and others have all joined in the cleanup effort, with some providing sandwiches, guesthouses offering free accommodation to volunteers and hair salons offering discounts to those donating hair, Tello said.

The oil spill is near the Blue Bay Marine Park, known for its spectacular corals and myriad fish species.

“It is really moving – everyone is doing what we can. It breaks our hearts to see the damage,” Tello said.

Mauritius relies on tourism as a major contributor to its economy, 63 billion rupees ($1.6 billion) last year.

“We apologise profusely and deeply for the great trouble we have caused,” Akihiko Ono, executive vice president of Mitsui OSK Lines, told reporters in Tokyo on Sunday, pledging to do everything possible to stem the spill.

At least 1,000 tonnes of oil is estimated to have leaked, with 500 tonnes salvaged and some 2,500 tonnes remaining.