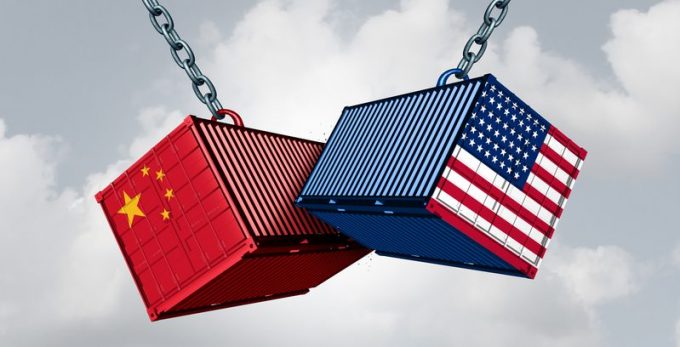 On Friday, the dollar gained back its positions and strengthened amid further escalation of Sino-American ‘tech’ conflict. This in turn dragged both EURUSD and GBPUSD to the red zone and helped USDJPY to edge higher.

A week ahead of the trade talks aimed at discussing the implementation of Phase 1 of the trade agreement US President Donald Trump imposed a ban on a Chinese social media app WeChat. He warned that both WeChat and TikTok will be disallowed in the United States within 45 days if not sold by their parent companies. Such a decision increased tension between the two countries and supported the safe-haven USD.

Meanwhile, that was not the only US foreign policy move that hit the headlines today. Just a month after the new trade agreement between the United States and Canada came into force, Trump announced that he would reimpose a 10% tariff on aluminum imports from Canada. This decision, Trump said, would support American producers. However, it will likely sour the relations between the two countries. Today at 1500 GMT Canada will make an announcement and probably respond to Trump’s tariffs with some countermeasures.

Today’s RBA Monetary Policy Report was rather uneventful and failed to impress the AUD bulls. While the Australian central bank reiterated that the introduction of negative rates in Australia is highly unlikely and according to the baseline scenario new lockdowns were not envisaged, it had to acknowledge that economic recovery and decrease of unemployment rate would take more time than previously forecasted. AUDUSD trades with losses in the 0.7218 region amid cautious RBA’s comments and USD strengthening.

On Friday, traders focus their attention on the US Non-Farm Payrolls. The US economy is expected to add 1.6 million jobs while the unemployment rate will fall from 11.1% to 10.5%. However, real numbers may significantly diverge, and if the indicators will fall short of forecasts, the USD may come again under pressure.