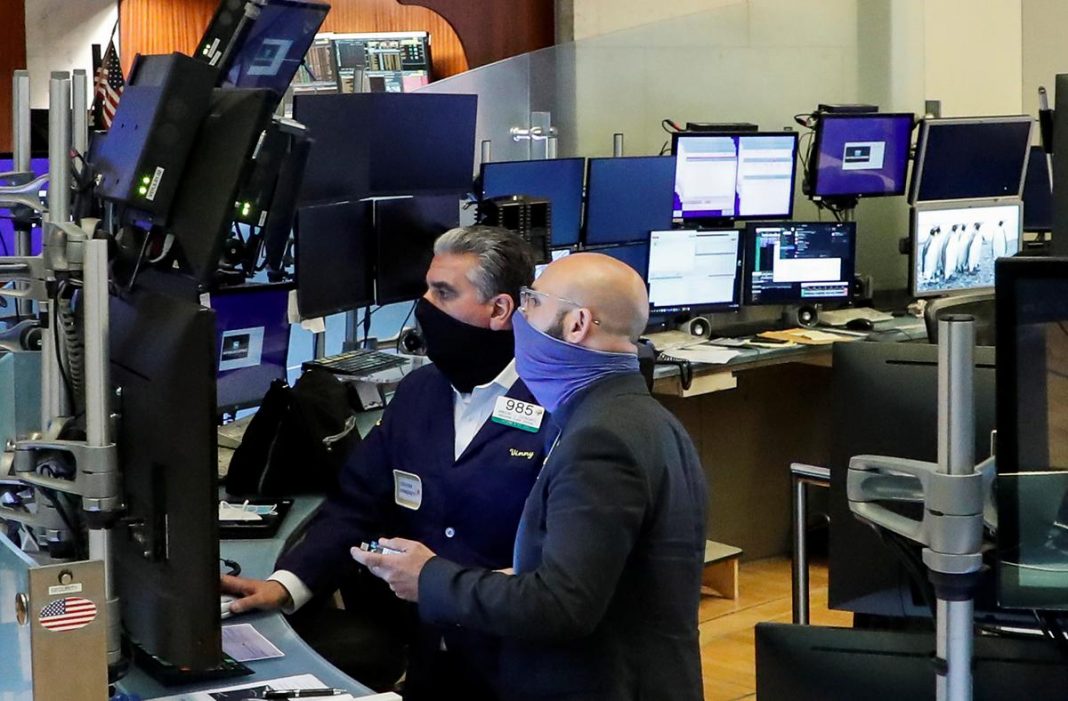 The dollar slid and the euro rose even as little progress was made on a 750 billion euro recovery fund at a European Union summit to discuss the stimulus and the European Central Bank chief warned that the region’s economy was in a “dramatic fall.”

Stocks in Europe rose almost 1% and Wall Street opened sharply higher, with the Nasdaq surging above the 10,000 mark again, on track to set a record closing high. The tech-heavy index was about 0.3% off its all-time peak.

The U.S. economy is re-opening despite a rising number of COVID-19 cases and some states warning they could re-impose shutdowns, noted Tim Ghriskey, chief investment strategist at Inverness Counsel in New York.

“There’s a degree of caution and there will be a return to a normal economic environment sooner rather than later, by getting in front of the pandemic,” Ghriskey said. “There will be renewed outbreaks and you could see shutdowns again, but it seems like the government is prepared for this second wave.”

Investors are tugged in opposite directions by improving economic data and new breakouts of COVID-19 infections, which have caused concerns that the economy may not bounce back as quickly as hoped.

California, North Carolina and a string of U.S. cities have mandated or urged mandatory mask use to contain spiraling coronavirus cases as at least six states set daily records.

Mainland China reported 32 new coronavirus cases as of the end of June 18, 25 of which were reported in Beijing, China’s National Health Commission said.

Brent oil rose to above $42 a barrel on Friday, adding to gains in the previous session, after OPEC producers and allies promised to meet supply cuts and signs of recovering demand, hit by the coronavirus crisis.

ECB President Christine Lagarde called on EU leaders to agree on their recovery plan quickly, diplomatic sources and officials said. The leaders are divided over its final size but hope a deal will be struck in July.

Demand for safe German government debt was little changed, with the benchmark 10-year Bund yield at -0.411%.

Dollar near 2018 lows as traders eye more US stimulus; sterling...