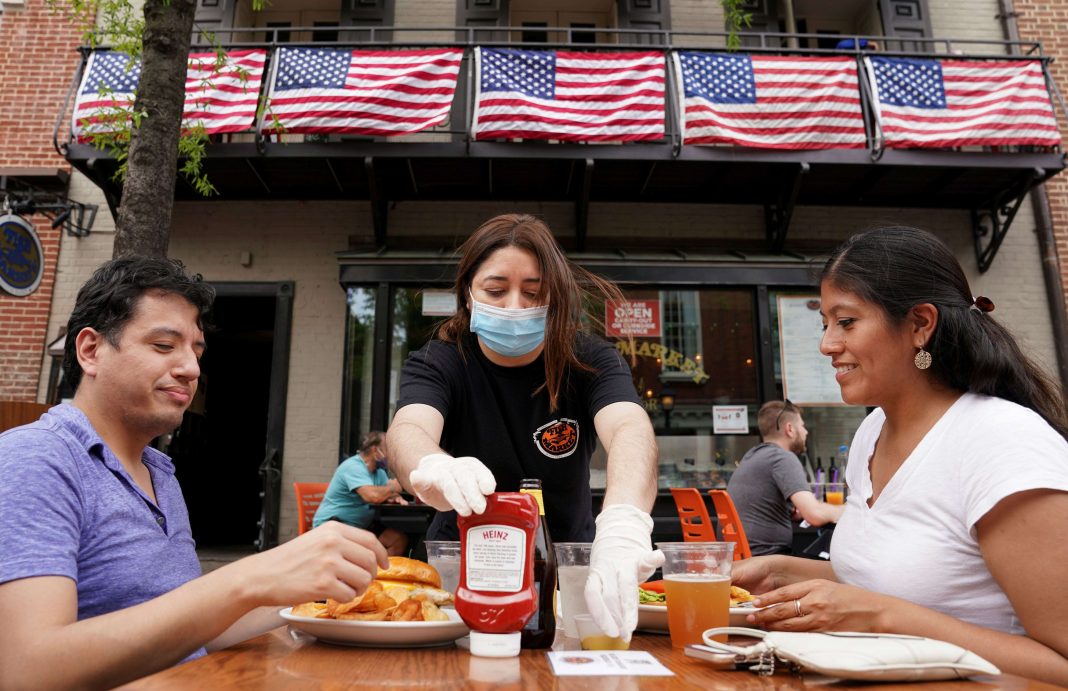 As of Thursday, the nation’s seven-day average of new Covid-19 cases increased more than 15% compared to a week ago, according to Hopkins data. Cases are growing by 5% or more in 27 states across the U.S., including Arizona, Texas, California and Oklahoma.

New cases hit a peak of 31,630, based on a seven-day average, on April 10 before steadily falling to an eight-week low in late May. But the average showed an increase in the last week.

Arizona, Florida, California, South Carolina and Texas all reported record-high single-day increases in coronavirus cases on Thursday as the states continue to ramp up testing and the virus reaches new communities.

Dr. Scott Gottlieb, the former commissioner of the Food and Drug Administration, warned on Thursday that several states in the South and West are “on the cusp of losing control.”

Meanwhile, 17 states and Washington D.C. have reported declines in cases, including Connecticut, New Jersey and New York, once considered the epicenter of the outbreak in the U.S.

Research shows that it can take anywhere from five to 12 days for people to show symptoms from the coronavirus, which could delay reporting. The case numbers also depend on the methodology of local state health departments and can fluctuate based on the level of testing conducted.

Coronavirus hospitalizations, like new cases and deaths, are considered a key measure of the outbreakbecause it helps scientists gauge how severe it may be.

Hospitalizations from Covid-19 were growing in 12 states as of Thursday, according to a CNBC analysis of data compiled by the Covid Tracking Project. States like Texas have reported record-breaking spikes in hospitalizations, up more than 84% since Memorial Day.

“The possibility that things could flare up again and produce a resurgence of Covid-19 that would be a stress on our health-care system is still very real,” Dr. John Hellerstedt, commissioner of the Texas Department of State Health Services, said Tuesday during a press briefing.

Oklahoma has recorded a rise in cases, based on a seven-day moving average, since the beginning of June, reporting a record-breaking 451 cases on Thursday, according to Hopkins data.

President Donald Trump is scheduled to hold a rally in Tulsa, Oklahoma, on Saturday, which is expected to see 19,000-plus people packed inside a convention center. The campaign is doing temperature checks for attendees and providing them with masks and hand sanitizer upon entry, but public health officials worry the event will not be safe.