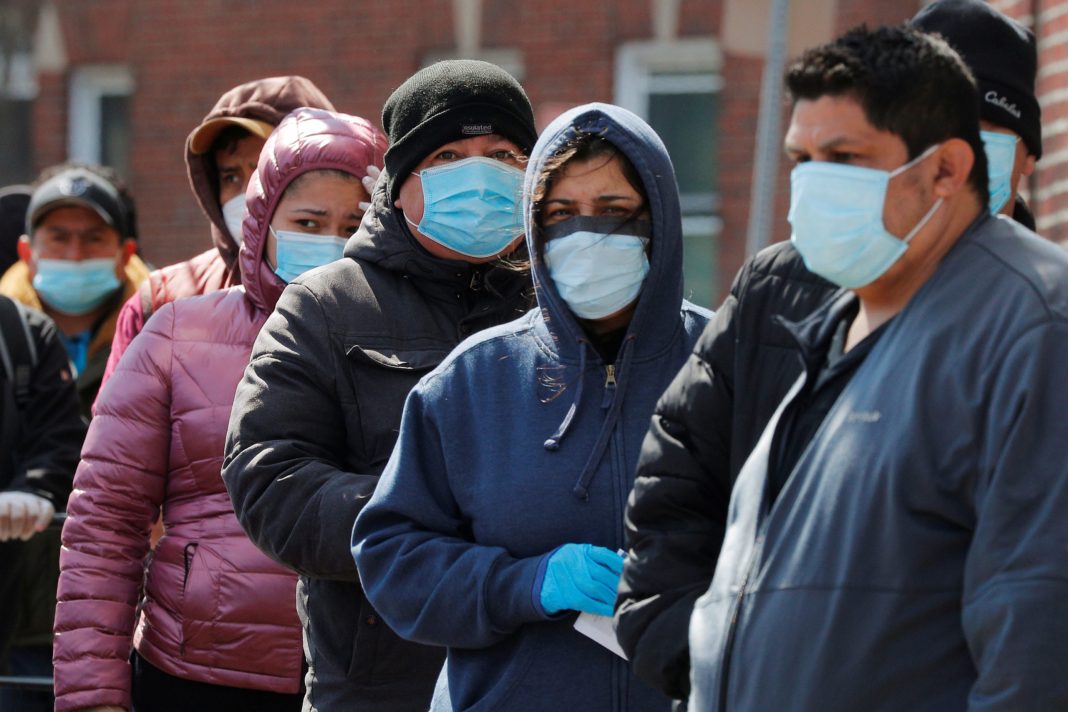 The total 2.981 million new claims for unemployment insurance brought the coronavirus crisis total to nearly 36.5 million, by far the biggest loss in U.S. history. Last week’s count was revised up by 7,000 to 3.176 million, putting the weekly decline at 195,000.

While the numbers have been declining since the March 28 peak, joblessness remains pervasive through the U.S. even as states continue to come back online slowly following the economic shutdown.

The Labor Department reported a loss of 20.5 million jobs in April that brought the unemployment rate to 14.7%, both post-World War II highs.

According to the latest figures, those displaced are still not being brought back to work under a freeze that was supposed to last weeks but now has extended for nearly two months. Continuing claims rose by 456,000 to a record 22.83 million, after the previous week’s total was revised down to 22.38 million.

The four-week moving average, used to smooth out weekly volatility, also spiked by 2.7 million to 19.76 million.

“The numbers … are still alarming of course but with more reopenings occurring in the coming months they should continue to recede,” said Peter Boockvar, chief investment officer at Bleakley Advisory Group.

Those displaced by social distancing measures during the coronavirus pandemic have had to navigate their way through an often difficult maze of state offices not equipped to handle the onslaught of filings.

In the most recent reporting period, through May 9, the biggest surge came from Connecticut, which saw 262,542 new cases, according to numbers not adjusted for seasonal factors. Most other states saw decreases in adjusted numbers, with the biggest drops coming in Texas (-102,263) and California (-102,229).

The insured unemployment rate, which is a simple computation of those filing claims against the total size of the workforce, rose 0.3 percentage points to 15.7%.

While the totals remain high, most economists expect the employment picture to brighten somewhat as more areas begin loosening restrictions.

“With most states only beginning to ease their lockdowns within the last 10 days, we expect a much bigger swing in hiring versus firing over the next couple of weeks, which suggests the unemployment rate will begin to drop back,” said Paul Ashworth, chief U.S. economist at Capital Economics.