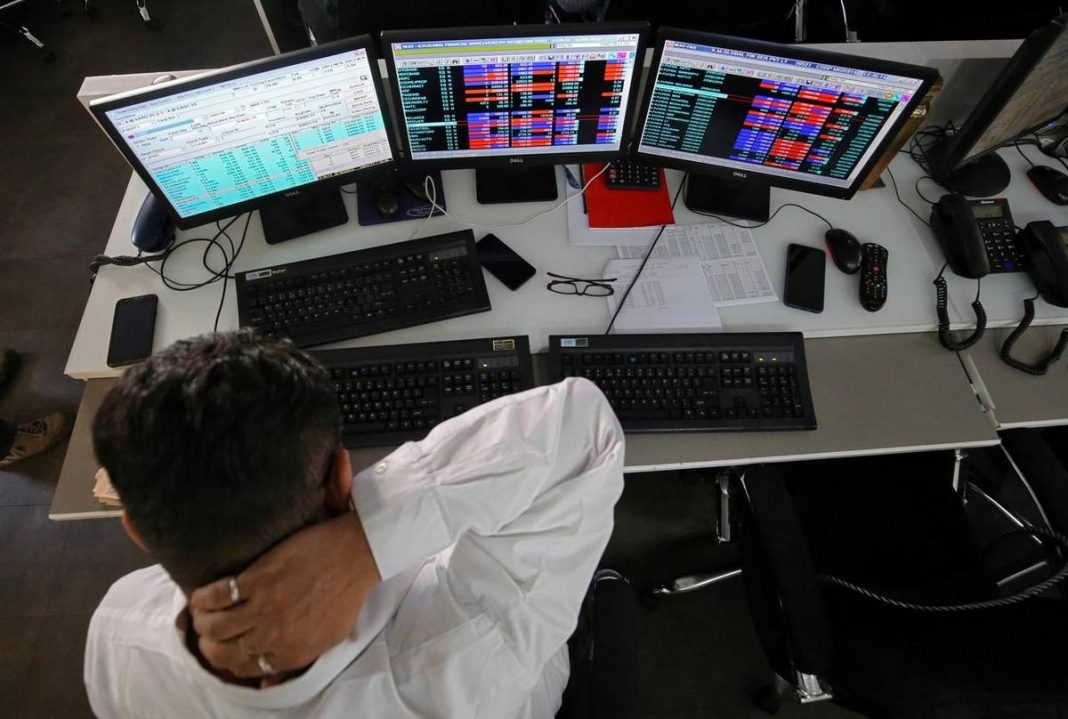 MSCI’s All Country World Index, which tracks stocks across 49 countries, was down 0.3% and heading for its worst week in three, while MSCI’s broadest index of Asia-Pacific shares outside Japan fell 0.9%.

“It’s a negative session,” said François Savary, chief investment officer at Swiss wealth manager Prime Partners. “The market for the last week has been under consolidation after a strong rally. A lot of good news has already been priced in and news that the number of deaths had increased in the U.S. was also a warning sign for investors.”

Avoiding another all-night bust-up, EU leaders agreed on Thursday to build a trillion euro emergency fund to help recover from the coronavirus pandemic, while leaving divisive details until the summer.

French President Emmanuel Macron said differences continued between EU governments over whether the fund should be transferring grant money, or simply making loans.

“The risk exists that a concrete decision on the creation of the recovery fund may not occur before September, thereby not being operational before early 2021,” Goldman Sachs European economist Alain Durre wrote in a note.

The banking index led the declines in European stocks after S&P cut Commerzbank’s credit rating by a notch and lowered its outlook for Deutsche Bank to negative from stable.

U.S. stock futures swung into positive territory, rising 0.6%. The S&P 500 and the Nasdaq turned negative at the close on Thursday in the wake of a report that Gilead Sciences Inc’s antiviral drug remdesivir had failed to help severely ill COVID-19 patients in its first clinical trial.

Gilead said the findings were inconclusive because the study conducted in China was terminated early.

The markets’ sensitivity to news related to the medical treatment of COVID-19 reflected investors’ desperation for a sign of when the global economy might start returning to normal, said Tim Ghriskey, chief investment strategist at New York-based wealth management firm Inverness Counsel.

“Any piece of bad news is likely to rattle the market,” Ghriskey said. “Investors are keen for a semblance of hope that they can soon crawl out of their homes and get on with some form of normal life, even if with trepidation and fear.”

U.S. coronavirus deaths exceeded 49,000 on Thursday, with the number of lives lost in April rising by an average of 2,000 a day, according to a Reuters tally.

The U.S. House of Representatives on Thursday passed a $484 billion bill to expand federal loans to small businesses and hospitals overwhelmed by patients.

President Donald Trump, who has indicated he will sign the bill, said late Thursday he may need to extend social distancing guidelines to early summer.

Oil prices broadly retained their recovery from a price collapse this week that pushed U.S. crude futures into negative territory for the first time ever, helped by producers such as Kuwait saying they would move to cut output.

But prices were headed for their third weekly loss and the outlook remains dim because global energy demand has evaporated due to business closures and travel curbs aimed at slowing the pandemic. In addition, some countries are running out of space to store the crude oil that they are not using.