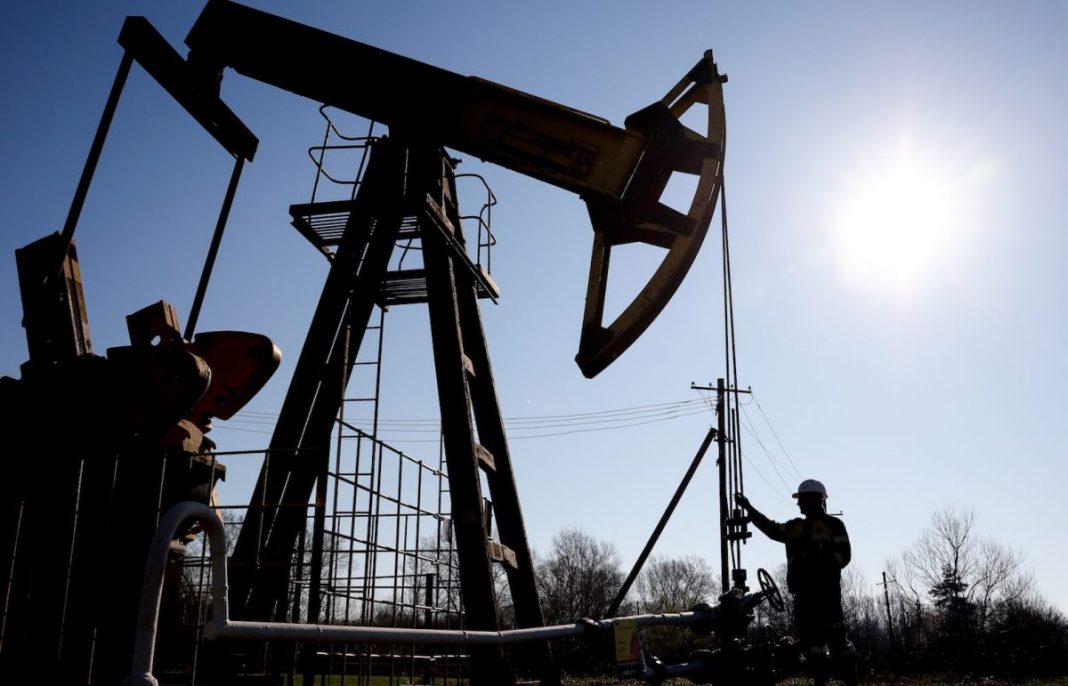 With official data showing U.S. inventories surging the most on record, U.S. West Texas Intermediate (WTI) fell on Wednesday to its lowest since February 2002, while Brent fell by more than 6%.

It erases some earlier gains after the Organization of the Petroleum Exporting Countries cut its demand expectation for this year, forecasting a contraction by 6.9 million barrels per day, or 6.9%, it said in a monthly report.

“Oil prices must remain depressed to force shut-ins among non-cartelised producers,” said Norbert Ruecker, head of economics at Swiss bank Julius Baer, referring to producers such as the United States, where a lot of production is unprofitable at current prices.

“We stick to our Neutral view and see prices continuing to swing wildly around current levels in the very near term,” he said.

The stockpile figures followed a report from the International Energy Agency (IEA) that forecast oil demand would fall by 29 million barrels per day (bpd) in April to the lowest in 25 years, and to just below 30% of pre-coronavirus global demand levels.

April’s projected demand loss is far more than the 9.7 million bpd output cuts agreed by the Organization of Petroleum Exporting Countries and allied producers including Russia for the coming two months.

Hoped-for cuts of another 10 million bpd from other countries, including the United States, could lower production by 20 million bpd, although some analysts have questioned that number.

“The massive storage build, as counterintuitive as it sounds, did provide some price support as the build foreshadows that more wellhead closures are just around the corner, which effectively trims U.S. supply,” said Stephen Innes, chief global markets strategist at AxiCorp.

Some countries have also committed to increasing purchases of oil for their strategic stockpiles, but there are limits to how much oil can be bought and the extent of global coordination.

Speaking of U.S. strategic reserve buying, Commerzbank analysts said that “this would accommodate 23 million barrels, which would normally constitute a massive additional reserve but these days would only just be enough to cope with one weekly increase in stocks.”